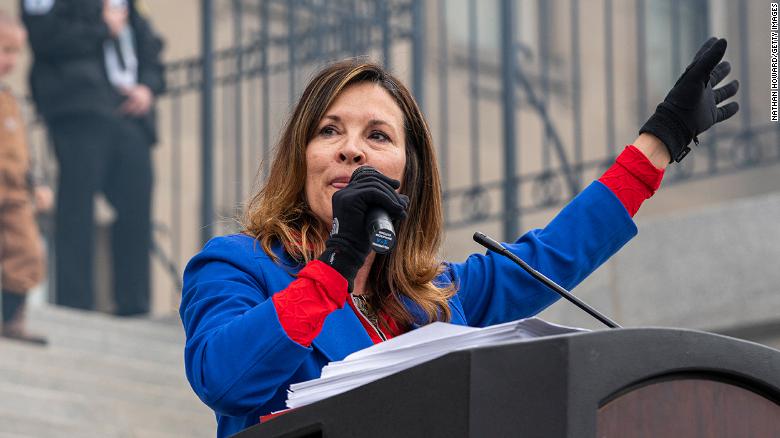 There’s a political civil war happening today in Idaho, where Republican Gov. Brad Little is trying to fight off a primary challenge from his own lieutenant governor, Janice McGeachin.

McGeachin drew national attention in 2021 when she issued a series of executive orders related to Covid-19 when Little left the state. She also drew the attention of former President Donald Trump, who endorsed her candidacy. But can McGeachin actually win? I reached out to Melissa Davlin, the host of Idaho Public Television’s “Idaho Reports,” for that answer — and more. Our conversation, conducted via email and lightly edited for flow, is below.

Melissa Davlin: Brad Little. He has the fundraising advantage, he has far more endorsements, he has the name recognition. Idaho just logged another record-breaking revenue month, and he has already pointed to more tax cuts if he is re-elected.

Cillizza: McGeachin has drawn lots of headlines nationally for her antics — especially over Covid restrictions. How is she thought of in the state?

Davlin: It depends on where you are in Idaho. McGeachin is popular in more conservative areas, and she’ll likely win some northern counties, where residents were especially critical of Gov. Little’s Covid response.

In 2020, Little declared a state of emergency, as did most states in the union. He also issued a stay-at-home order at the start of the pandemic, temporarily closing non-essential businesses. While he never issued a statewide mask mandate, he also didn’t ban local governments from putting in place their own mandates, prompting anger from McGeachin and some lawmakers.

A number of county central committees have endorsed McGeachin, but other conservative groups have come out against her, especially after her pre-recorded speech to AFPAC [an event organized by a White nationalist] in February. And fiscal conservatives have shied away from her after she lost an open records lawsuit from the Idaho Press Club, causing her to surpass her office’s budget thanks to legal fees.

Cillizza: What is McGeachin’s case against Little? And how effectively has she made it?

Davlin: McGeachin has hit Little hard on the initial stay-at-home order from March 2020. She has pointed to small business owners who never fully recovered after the state ordered them to temporarily shut down. While some of those business owners are still hurting, Idaho’s overall economy is the strongest it’s ever been. We had a $1.9 billion surplus this fiscal year, and we’re poised to have another massive surplus going into next year.

More recently, McGeachin has called on Little to eliminate all exemptions to the state’s trigger law that would ban abortions should the US Supreme Court overturn Roe v. Wade. As the law is written, it would already be one of the most strict bans in the country, though there will be exceptions for rape, incest, and the life of the mother. McGeachin says there should be no abortions under any circumstances, though polling shows most Republicans support those exemptions.

Cillizza: Donald Trump has endorsed McGeachin. How big a problem is that for Little?

Davlin: Not much. While he didn’t get the endorsement, Little also isn’t necessarily at odds with Trump, and worked closely with his administration on regulatory reductions and other initiatives. Little is more of a Mike Pence Republican than a Donald Trump Republican — focused on the economy, infrastructure, and small government — and that’s a message that sells in much of Idaho. Also, after the initial endorsement in November, we haven’t heard much else from Trump on this race. He hasn’t come here to campaign for McGeachin like he has for candidates elsewhere.

Cillizza: Finish this sentence: The lesson that everyone should learn from this primary is _____________.” Now, explain.

McGeachin got national media attention for issuing executive orders while Little traveled out of state, tried to blame the media and attorney general for losing her public records lawsuit, and was unapologetic after her AFPAC appearance. She has the name recognition and the Trump endorsement, but I don’t know that it will be enough to overcome Little’s incumbency advantage.