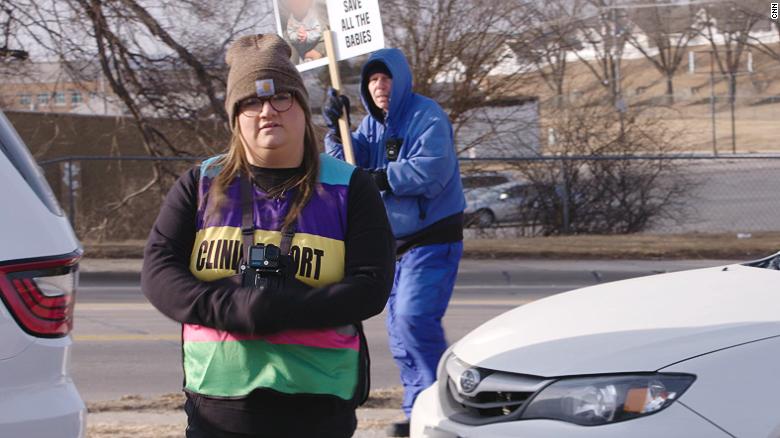 After the celebration and grief comes the chaos of a nation split by bitter political divides that now determine where women can access abortion.

The Supreme Court’s landmark decision on Friday to overturn the near 50-year constitutional right for a woman to end a pregnancy is triggering aftershocks that have already begun to change the character of American life.

The realization is dawning that a daring conservative Supreme Court majority has, with its willingness to trample long-held precedent, introduced a destabilizing dynamic that may go far beyond abortion in a nation already internally estranged by ideology.

More practically, and suddenly, abortion services have already ended in some conservative states. In some places on Friday, women in clinics were told as soon as the Supreme Court decision came down that their chance of an abortion in the state was gone.

More liberal states like California are vowing to serve as havens for women, setting up inter-state clashes that will further balkanize America.

Fear is growing among progressives over what the court will do next. At nationwide Pride parades this weekend, the aching question was whether the hard-won right to same-sex marriage, enshrined by the court just seven years ago, is now at risk from activist justices. Uncertainty is growing about how the ruling will affect fertility treatments and even contraception. And businesses are hurriedly working out plans to compensate employees or extend health insurance to cover out-of-state abortion services but also worrying about alienating leaders in red states spoiling for a fight.

Abortion is a deeply personal issue for people of all political beliefs. Many conservatives view the procedure as the murder of an unborn child. Many other Americans view the Supreme Court’s move as a callous infringement on human rights, namely a woman’s ability to make choices about her own body. Public opinion is often more nuanced than the black-and-white certainties of the political debate, especially over at what point of a pregnancy abortion should be allowed and what exceptions should be made for rape, incest or the health of the mother, but the reality remains that a clear majority of the country did not want to see the court overturn Roe.

The core rationale of the court’s conservative majority on Friday was that by returning the issue to the states, it would enable a democratic resolution of a contentious national issue. The last three days suggest that position was either naïve or willfully self-deceiving.

Republican leaders are already grappling, and in many cases, failing, to come up with answers about how and if they will help new mothers, whom they will force to bear children they may not want, even in some cases after rape and incest.

Across at least half of the United States, the Supreme Court’s ruling promised new hardship for poor and minority Americans who in many cases cannot afford to travel to have an abortion or are already hurt by insufficient social services.

Leading Democrats responded with strong words and vows to fight back but have yet to mount an effective response, either politically ahead of 2022 or practically on the ground, where millions of women are suddenly left without their rights.

Massachusetts Sen. Elizabeth Warren said the court has “set a torch” to its legitimacy. And New York Rep. Alexandria Ocasio-Cortez, who accused conservative justices of lying in their Senate confirmation hearings about how they would rule on abortion, said impeachment should be on the table.

But as President Joe Biden left Saturday for the G7 summit of industrialized nations in Germany, White House press secretary Karine Jean-Pierre said he was sticking by his opposition to expanding the court and to eliminating the Senate filibuster. While the latter move would be needed to codify the right to abortion — it’s unlikely all Democrats in the Senate would go along with abolishing the 60-vote threshold. This new evidence of the gap between Biden and progressives may fuel fresh speculation about his standing in his party as he prepares to run for reelection.