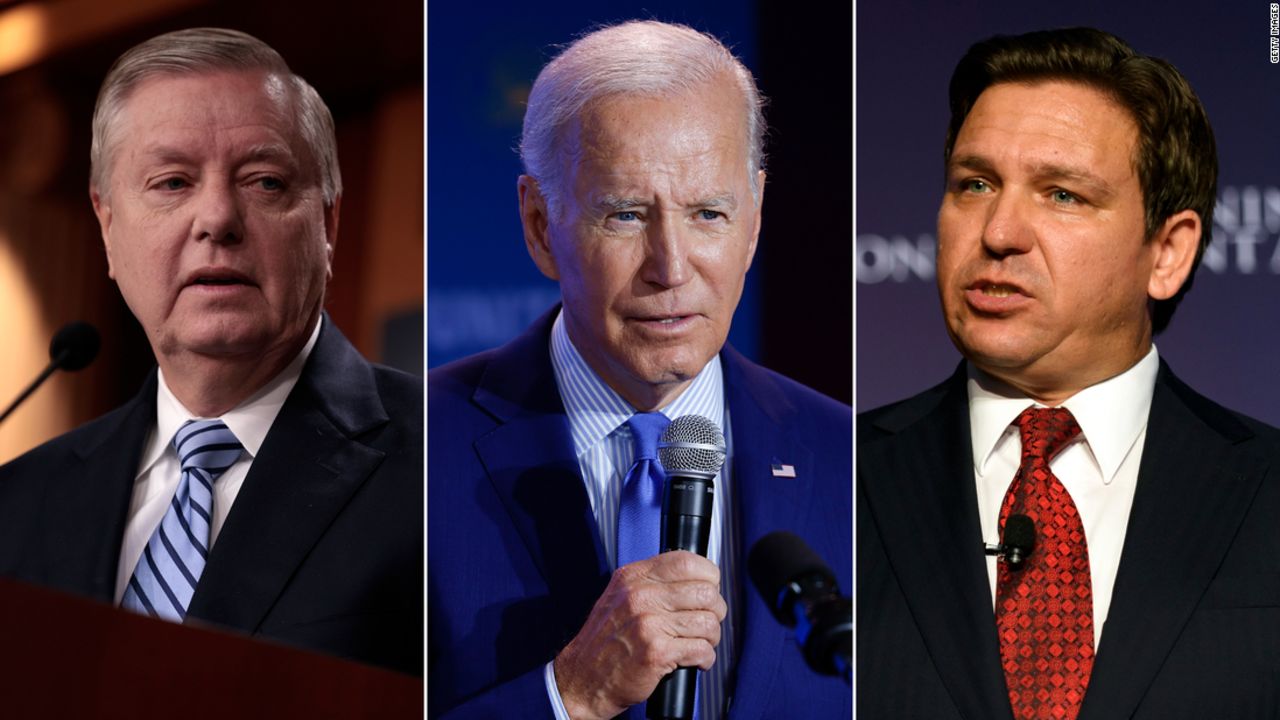 His comment, in a “60 Minutes” interview that aired on Sunday night, that it was “much too early” to consider a 2024 reelection bid that had previously seemed a given added to a swirling sense of turmoil ahead of November’s critical vote.

The midterm campaign had once seemed certain to turn on Biden’s low approval ratings. But Democrats have some momentum after the Supreme Court overturned the constitutional right to an abortion and the President’s approval ratings began ticking up amid falling gas prices.

After earlier predictions that the midterm election curse that haunts first-term presidents would bring a Republican wave, the GOP now seems to be burying its most effective message – tied to raging inflation under Biden – by reigniting the culture wars.

Florida Gov. Ron DeSantis caused uproar – but likely boosted his potential Republican presidential primary campaign – by transporting a group of Venezuelan migrants to Martha’s Vineyard last week. A day earlier, Republican Sen. Lindsey Graham of South Carolina shocked colleagues trying to walk a fine line on abortion by proposing a bill that would impose a nationwide ban on the procedure after 15 weeks.

Add to all this the extraordinary spectacle of former President Donald Trump still falsely claiming he won the last election and dropping into mob speak to make dark allusions of possible violence if he is charged for mishandling highly classified documents.

Seven weeks from Election Day, unpredictable and possibly dangerous political forces are swelling and it’s hard to get a fix on the issues that will decide whether Democrats hang on to both chambers of Congress or lose one or both.

It is into that destabilized political stew that Biden’s comments, broadcast as he was in London for the funeral of Queen Elizabeth II, arrived.

Of course, this could just be Biden being Biden. His off-the-cuff remarks often get walked back by his staff. But his statement, and a similar one by first lady Jill Biden last week that they had not discussed a reelection race, will be certain to stir speculation.

“Look, my intention, as I said to begin with, is that I would run again. But it’s just an intention. But is it a firm decision that I run again? That remains to be seen,” Biden told CBS’ Scott Pelley on “60 Minutes.”

Biden, who has a tragedy-scarred life, has often said he’s a “great respecter of fate.” He would be over 80 if he runs again, and a lot could happen before the 2024 election in which Trump is already indicating he’s likely to run.

But Biden’s remarks were striking given that he left himself an out. They’ll likely renew questions about who, other than him, might be a Democratic candidate in 2024 – a tide of speculation that had quieted following the President’s recent run of legislative success.