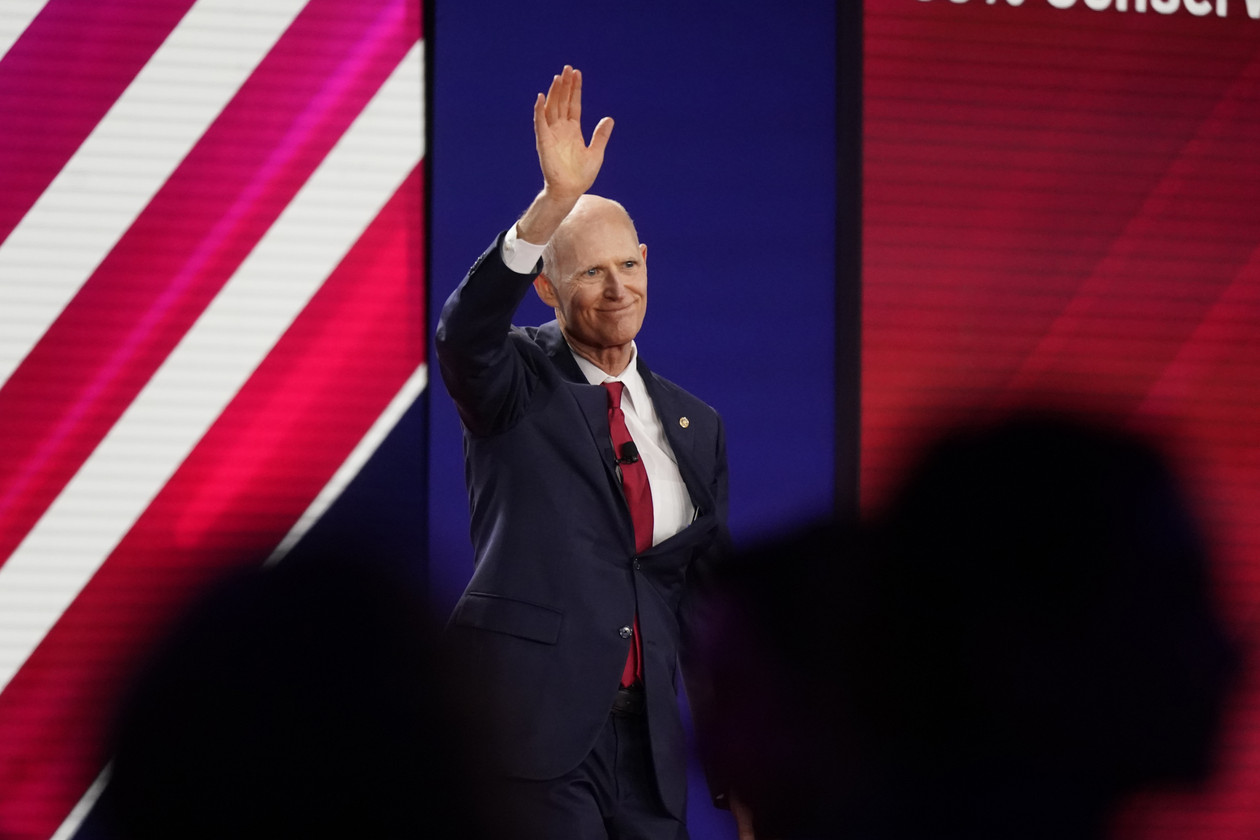 
Mitch McConnell is among the myriad Republicans questioning the Senate GOP’s quality of candidates in the midterms. Rick Scott wants everyone to stop doubting his recruits.

“Sen. McConnell and I clearly have a strategic disagreement here … We have great candidates,” the National Republican Senatorial Committee chair said in an interview Wednesday. “He wants to do the same thing I want to do: I want to get a majority. And I think it’s important that we’re all cheerleaders for our candidates.”

McConnell predicted in August that the House was more likely to flip than the Senate, because in the upper chamber “candidate quality has a lot to do with the outcome.” The comment reflected an increasingly public attitude within the GOP about their prospects of flipping the chamber.

And by acknowledging a rift with McConnell over the party’s strategy, the Florida senator is barreling ahead on his unorthodox approach.

From objecting to the 2020 election results, releasing his own plan for a GOP majority, taking a hands-off approach to Republican primaries and spending more than $40 million early in the midterm cycle, Scott is cutting his own path in a way that’s created more tension than usual among GOP leaders. At the same time, it will probably all be forgotten if McConnell, who declined to comment, is once again majority leader in the next Congress. And Scott will earn some of the credit if his party pulls it out.

Despite the many questions about his tactics, Scott is unapologetic. And yes, that includes his August trip to Italy to celebrate his anniversary with his wife.

“We had a big celebration date, and we went and celebrated. I’d do it every day,” Scott said. “And I hope everybody else has the same opportunity to be married to their best friend and their high school sweetheart for 50 years.”

The questions about Scott among Republicans, usually anonymous, have been rampant ever since the first-term Florida senator assumed the job following the double GOP collapse in Georgia’s Senate races in January 2021. Lately, the bellyaching centers on the NRSC’s decision to spend so much of its money early and cancel some ad buys to stretch its now-limited funds further — as well as a constant undercurrent of complaints about candidate quality.

Scott’s options for picking sides in primaries is limited by the influence of former President Donald Trump, though Scott said he would’ve stayed out of them regardless: “The voters pick our candidates.” Scott defended canceling those ad buys and converting them into hybrid ads with candidates as a necessary cost-saving measure. He added that, at the moment, the party has a “variety of paths to get to a majority” due to the campaign arm’s early investments. He’s also transferred millions into the NRSC’s coffers.

Across the map, Republicans are worried about blowing an opportunity to flip the 50-50 Senate. J.D. Vance is struggling to fend off Democratic Rep. Tim Ryan in Ohio, Herschel Walker is lagging behind Sen. Raphael Warnock (D-Ga.), Mehmet Oz is trailing Lt. Gov. John Fetterman in Pennsylvania and Republicans are starting to bail on Blake Masters’ challenge to Sen. Mark Kelly (D-Ariz.). But it is only September, and both parties expect races to tighten races and political spending to skyrocket.

In the interview, Scott praised each of those candidates and said he talked to Masters this week: “He knows he has to raise a lot of money.” He called Walker, a former football star, “somebody that lived the dream of Georgia,” said Vance’s “Hillbilly Elegy” biography illustrates empathy about drug addiction and called Oz “a world-renowned physician and the best health care talk show host in the world.”

David Bergstein, a spokesperson for the Democratic Senatorial Campaign Committee, said that “we know Rick’s been yachting in Europe so we’re happy to catch him up: his flunky candidates are still failing, his party’s position on abortion is still unpopular, and his fellow Republicans are still openly complaining about his self-serving, failed leadership of the NRSC.”

And yet, Scott’s optimism even extends into blue states: He sees Republicans competing in Washington State, Colorado and said “we’ve got good candidates in other states, like Connecticut, it just depends on what the environment’s gonna be.”

Republicans might not be staking their majority on the Nutmeg State this fall, but most GOP senators still see a decent shot of netting the one Senate seat they need to take control. That means holding seats in Ohio, Wisconsin, Pennsylvania, North Carolina and Florida while ousting at least one vulnerable Democrat.

“The view on the ground can sometimes be very different than what what the pundits say in Washington,” said Sen. Susan Collins (R-Maine), who pulled off a surprisingly strong reelection win in 2020. “I’m still optimistic that Republicans will narrowly win control. It’s certainly not a slam dunk.”

She said Scott’s committee “is working very hard. And I appreciate that. I also know that Mitch and his Senate Leadership Fund are also making substantial investments and providing assistance.” The Senate Leadership Fund is largely carrying the brunt of the party’s fall ad campaign; Republicans hope candidates themselves bring in more money.

“It is absolutely too early to be overconfident,” said Sen. Brian Schatz (D-Hawaii) of Democratic prospects. “Confidence should be tempered by the fact that there’s still a long way to go. And historically speaking, the midterms are tough.”

If there’s one thing Scott says he’s worried about, it’s the fundraising disparity between Democratic and Republican candidates. He suggested this story should tell voters “how to give us money.” The DSCC currently has a sizable cash advantage after the early NRSC ad blitz.

Scott said everyone from Trump to billionaire venture capitalist Peter Thiel could be helpful in turning the financial tide against Democrats. Despite promoting Vance and Masters in their primaries, Thiel has declined to pour money into either of their general election races thus far, prompting SLF to spend $28 million in Ohio at the expense of pro-Masters ads in Arizona.