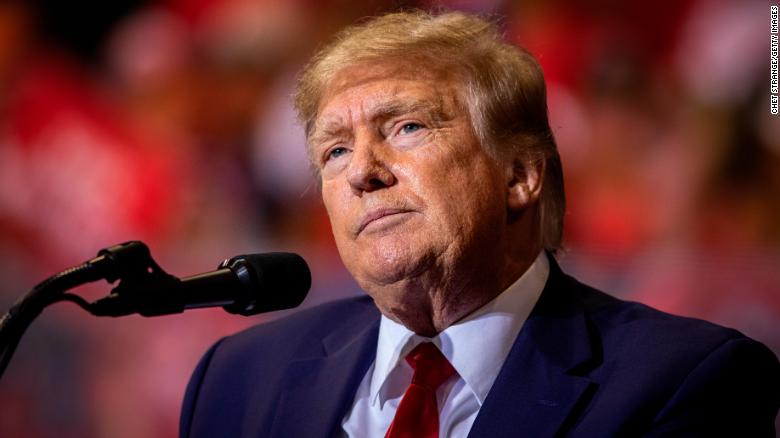 During his run for the Republican presidential nomination in 2016, Donald Trump had one sure-fire way to beat back doubts about his conservative bona fides: he would talk about who he might appoint, if given the chance, to the Supreme Court.

In May 2016, amid questions raised by Texas Sen. Ted Cruz about whether Trump was actually a conservative, Trump released a list of 11 names that he would consider appointing to fill the seat of the late Justice Antonin Scalia, who had passed away that February.

“He was a Justice who did not believe in legislating from the bench and he is a person whom I held in the highest regard and will always greatly respect his intelligence and conviction to uphold the Constitution of our country. The following list of potential Supreme Court justices is representative of the kind of constitutional principles I value and, as President, I plan to use this list as a guide to nominate our next United States Supreme Court Justices.”

Trump’s gambit worked: The list of judges was extremely well received by conservatives. The air went out of Cruz’s balloon — and within a month or so it was clear that Trump would be the Republican nominee for president.

In September of that year, as his campaign was again flagging somewhat amid less-than-unanimous support from conservatives, Trump added 10 more potential nominees to the Court to his list, including Gorsuch.

“The Supreme Court — it’s what it’s all about,” Trump said in his final debate with Hillary Clinton in the 2016 general election. “It’s just so, so imperative that we have the right justices.” He added: “The justices that I am going to appoint will be pro-life, they will have a conservative bent.”

At another point in that debate, asked point blank whether he wanted to see Roe v. Wade overturned, Trump said this: “Well, if we put another two or perhaps three justices on, that will happen. That will happen automatically in my opinion.”

On September 9, 2020, having appointed both Gorsuch and Brett Kavanaugh to fill seats on the Supreme Court, Trump employed the same strategy that had worked so well to rally conservatives to him four years earlier: he released a list of 20 potential nominees if another opening arose during a second term.

Arkansas Sen. Tom Cotton, one of the names on that list, said he was “honored” to be mentioned, and added: “It’s time for Roe v. Wade to go.”

Just nine days after Trump released his list, liberal Justice Ruth Bader Ginsburg died. Eight days after that, Trump, in the heat of election season, nominated conservative judge Amy Coney Barrett to replace Ginsburg. (“A judge must apply the law as written,” Barrett said in accepting the nomination. “Judges are not policy makers.”)

A month later — and just one week before the 2020 election — the Senate confirmed Barrett by a 52-48 margin. In so doing, they established a dominant 6-3 conservative majority on the Supreme Court. Trump went on to win 85% of self-identified conservatives and 76% of White evangelicals in the 2020 race, even as he lost nationally to Joe Biden.

Given all of that, it’s not an exaggeration to say that without his promises on the court, it’s possible that Trump never makes it to the White House — and never gets the chance to appoint three justices who fundamentally reshaped the ideological composition of the bench.

And without Trump doing that, this day — the overturning of Roe v. Wade after five decades — never comes.

What can be said, without question, is that the Roe decision will be the defining legacy of Trump’s four years in office — and will likely be at the heart of his appeal to conservatives if/when he runs for president again in 2024.

In a statement Friday, Trump took credit for the Supreme Court’s ruling on Roe.

“Today’s decision, which is the biggest WIN for LIFE in a generation, along with other decisions that have been announced recently, were only made possible because I delivered everything as promised, including nominating and getting three highly respected and strong Constitutionalists confirmed to the United States Supreme Court,” Trump said. “It was my great honor to do so!”

That Trump will go down in history as the president who put the judicial pieces in place to overturn Roe is decidedly ironic. As recently as 1999, Trump told Tim Russert on NBC’s “Meet the Press” that he was “very pro-choice,” adding: “I hate the concept of abortion. … I cringe when I listen to people debating the subject, but I still believe in choice.”

Trump eventually changed his position on the issue. As he told the Christian Broadcasting Network in 2011:

“I’m pro-life, but I changed my view a number of years ago. One of the reasons I changed — one of the primary reasons — a friend of mine’s wife was pregnant, in this case married.

With the court’s decision on Friday, the first paragraph of every history book dealing with Trump will include the Roe ruling.