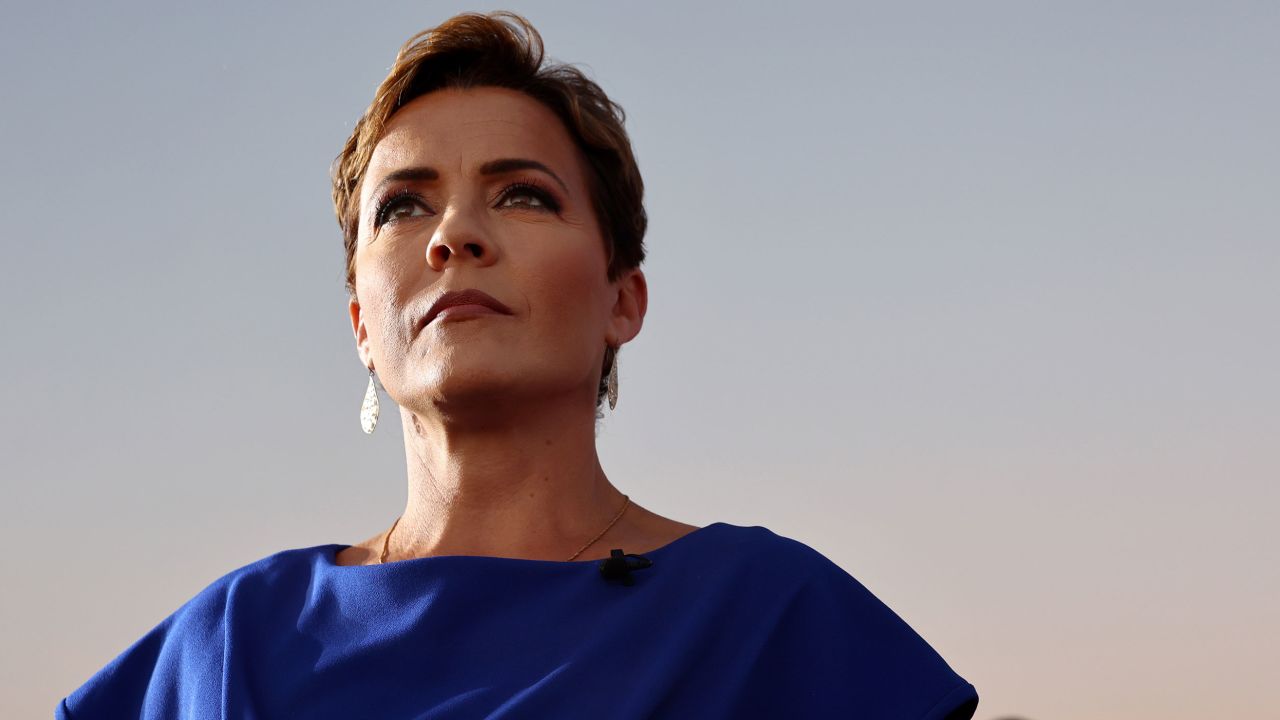 
Many of the candidates who supported former President Donald Trump’s claims that the 2020 election was “rigged” and “stolen” lost in November, a pattern hailed by Democrats that is already reshaping the parameters of the 2024 election. As a result, the former president toned down his remarks when he recently announced his second run for the White House.

But in Arizona, a longtime hub of election conspiracies that gave rise to the phoney audit of the 2020 Maricopa County results by the now-defunct firm Cyber Ninjas after Trump questioned Joe Biden’s victory there, the efforts to cast doubt on the management and operation of the 2022 election are still rife. Even though the most prominent defenders of Trump’s election lies lost, efforts to subvert democracy will still be made, as evidenced by the ongoing election denial.

Several Trump-backed Republican candidates at the top of Arizona’s ballot, including defeated GOP gubernatorial nominee Kari Lake, unsuccessful Secretary of State candidate Mark Finchem, and GOP Attorney General candidate Abe Hamadeh, who is trailing Democratic opponent Kris Mayes by 510 votes as their race heads toward a recount, have seized on a problem with Maricopa County’s printers on Election Day to make exaggerated claims about the election.

About 70 voting centres experienced printer issues that prevented certain ballots from being read by tabulator machines on election day, according to Maricopa officials. However, the difficulties were addressed, and those ballots were set aside in a safe ballot box and counted separately. However, Bill Gates, the Republican Chairman of the Maricopa County Board of Supervisors, noted that “every voter got an opportunity to cast a vote on Election Day” despite the inconvenience and lengthy lineups that resulted.

Gov. Doug Ducey of Arizona, a Republican who rejected Trump’s attempts to have Arizona’s 2020 election results overturned, is one of the leaders indicating that it is time to move on.

Ducey shared pictures of his meeting with Hobbs on Twitter on Wednesday, noting that he had congratulated the governor-elect on “her victory in a hard-fought race and offered my full cooperation as she prepares to assume the leadership of the State of Arizona” despite the fact that Lake has not conceded in her contest against Hobbs, a Democrat who is currently the secretary of state.

Next week might see a resolution to the problems. The Grand Canyon State’s counties have till Monday to declare the results of the general election; the state will confirm the results on December 5. Recounts cannot start before certification. Prior to such occurrences, Lake posted on Twitter videos and messages adamantly stating that she is “still in the fight.”

In a recent interview on Steve Bannon’s programme “War Room,” Lake alleged that her opponents “discriminated against those who chose to vote on Election Day” because some voters were required to wait in long lines, a common occurrence on Election Day in many states.

Lake has generally avoided using Trump’s 2020 buzzwords, such as “rigged,” in favour of more specific language. She has called the election management “botched” and “the shoddiest ever,” and she has accused Maricopa County of “dragging its feet” in providing her campaign with election-related information.

Lake’s complaints about “voter suppression” were ironic, according to Marc Elias, an election legal specialist who has played a key role in opposing GOP efforts to limit voters’ ability to cast ballots, who wrote about it in a post on his Democracy Docket website. Videos of voters who “claimed they waited in long lines to vote, were sent from one polling place to another by overworked election officials, and had their provisional ballots rejected because they failed to register in time for the election” can be found on Lake’s Twitter feed, the author pointed out.

If you didn’t know any better, you might believe Lake was a backer of funding for election officials, an advocate for same-day voter registration, and a champion of voting access. She is not any of those, wrote Elias.

Elias emphasised that it is not unusual for voters to have to wait in lengthy lines as a result of technical difficulties.

Long lineups brought on by inadequate or malfunctioning polling equipment are typically paid for by youthful, Black, and brown voters. Students at the University of Michigan endured near-freezing weather while they waited six hours to cast their ballots, while Maricopa County voters waited in two-hour queues, Elias said.

But a letter sent last week by Arizona’s Assistant Attorney General Jennifer Wright to the Maricopa County Attorney’s Office asking for information about what Wright called “myriad problems that occurred in relation to Maricopa County’s administration of the 2022 General Election” supported Lake’s claims about irregularities with the election. (Republican Mark Brnovich is the attorney general of Arizona).

The letter asked for details on the ballot-on-demand printer configuration settings that contributed to difficulties with ballots being read by on-site ballot tabulators, as well as the protocols for handling ballots that were supposed to be segregated and placed in the secure ballot box. It also asked for details on how to handle voters who checked in at one polling place but wanted to check out to vote in a different location, either due to long lines or other problems.

Before holding its open meeting on Monday to canvass the votes, Gates promised that the county would respond to the attorney general’s office’s inquiries “with transparency as we have done throughout this election.” “Meant to provide a record of the votes counted and those that were not legally cast,” Gates stated about the canvass.

In the statement, he promised that there would be “no holds ups or games; we will canvass in accordance with state legislation.”

However, the two Republicans on the three-person Board of Supervisors in Cochise County, an area with about 125,000 residents in southeast Arizona, recently decided to postpone a vote on certification until the deadline, citing their worries about voting machines.

The Secretary of State’s office threatened legal action as a result if the county did not finish certification by the deadline. Peggy Judd, a Republican supervisor who initially voted to postpone the decision, said this week that she had changed her mind and will certify the outcomes at the board meeting.

However, the drama that unfolded in the Republican stronghold at the eleventh hour highlights the lack of confidence in traditional election procedures that has crept into some areas of this crucial state ever since Biden won it in 2020, becoming the first Democratic presidential nominee to do so in almost 25 years.

Mohave County officials in the northwest of the state likewise decided to postpone their certification until Monday’s deadline. Officials there, however, characterised their action as a political protest over problems that surfaced in Maricopa County on election day.

Similar to Lake, Finchem has not declared victory over Democrat Adrian Fontes despite sending fundraising appeals to his supporters and claiming to be investigating the “myriad irregularities” with the election. He has urged new elections on numerous occasions.

This week, Hamadeh, a GOP candidate for attorney general, filed a complaint in Maricopa County’s state superior court contesting the election results on the grounds of what the lawsuit calls irregularities in election administration. Plaintiffs are not “alleging any fraud, manipulation or other purposeful wrongdoing that would impugn the results of the November 8, 2022 general election,” according to Hamadeh’s lawsuit.

The lawsuit claims that there was a “erroneous count of votes,” “wrongful disqualification of provisional and early ballots,” and “wrongful exclusion of provisional voters,” and it asks the court to declare Hamadeh the winner and issue an injunction to stop the Arizona secretary of state from certifying Mayes as the winner. The lawsuit now includes the Republican National Committee as a party.

There will be an automatic recount because Hamadeh trails Mayes by by 510 votes.

A spokesperson for the office said on Friday that “none of the claims raised warrant the extraordinary remedy of changing the election results and overturning the will of Arizona voters,” adding that “legal counsel for the Secretary of State’s Office is reviewing the election contest and preparing a response.”

Lake has stated that her campaign’s attempt to contact election officials this week to request further information is just the beginning of her efforts. It is unclear whether she will succeed any more than Trump did in his numerous unsuccessful lawsuits, and whether it will be politically wise for her to continue down a path that voters have overwhelmingly rejected as she prepares for her next move.