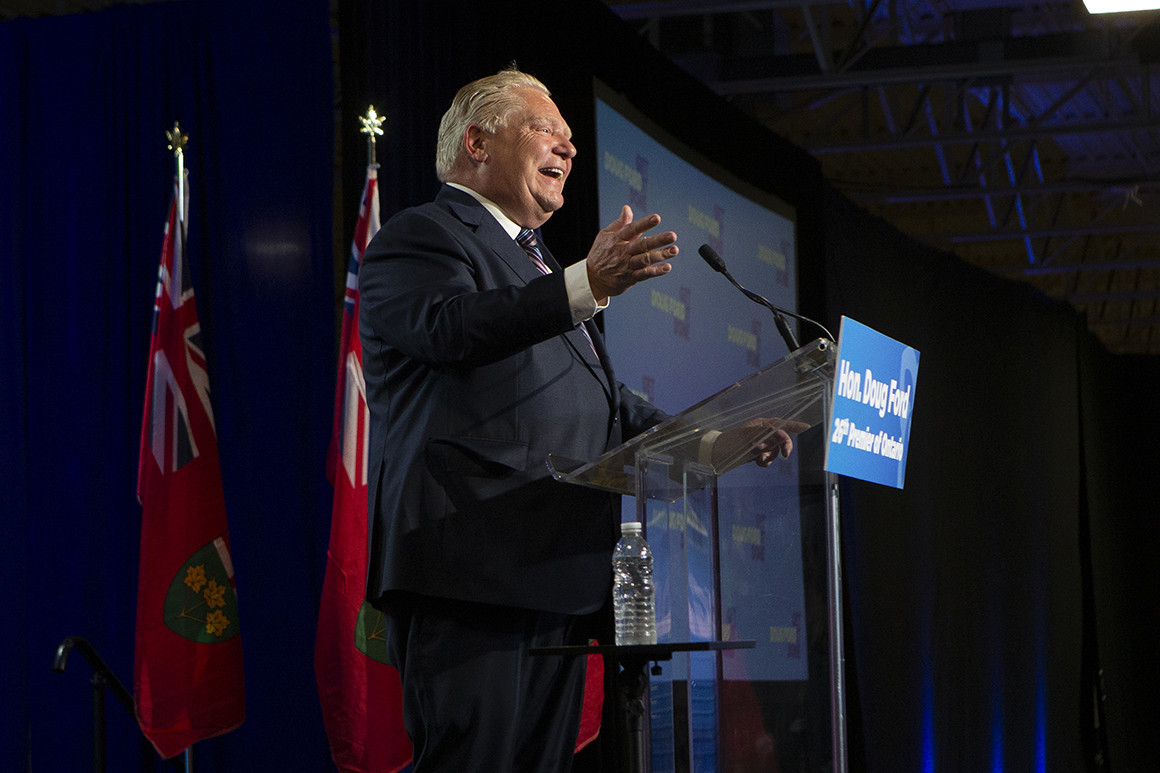 Where you stand on child raising offers clues to where you sit in the swirl of Canadian politics.

Consider these questions: When raising children, which do you think is more important to emphasize: Strength or wisdom? Morality or reason and evidence? Creativity or good behavior? Order or openness? Trust in science and experts, or skepticism of experts and elites?

Your answers might hint at your inclination to support politicians like Pierre Poilievre or Doug Ford — populist politicians, albeit on very different paths. Ford was reelected in a landslide by playing down inflammatory rhetoric, while Poilievre is out to win the leadership of his party by burning bridges and attacking institutions.

Those child-rearing questions come from EKOS Research Associates President Frank Graves’ paper, “Northern Populism: Causes and Consequences of the New Ordered Outlook.” The EKOS team used the answers to construct an index, from negative 4 to 4, to estimate how open or ordered their respondents are. When cross tabulating this index with polling on other hot-button social questions, we see significant correlations about issues that, at first glance, have little connection. In fact, this open-ordered index turns out to be a powerful indicator of political leanings.

According to the EKOS data, respondents with a more ordered authoritarian outlook are more prone to identify as being against abortion rights and opposed to bans on firearms. The data also shows they were reluctant to wear a mask at the height of the pandemic, and are far more vaccine hesitant than those with a more open outlook. Many in this group believe there are too many immigrants coming to Canada, and that too many of those are members of visible minorities.

Also, they tend to vote for conservatives parties, both at the provincial and federal level.

Which leads us to the lessons we can learn from Ontario’s new premier. From polling fielded during the campaign, EKOS measured that, unsurprisingly, Ford and PC were doing well among Ontario voters who score highest on the authoritarian scale.

Although just over a third of Ontarians approved of Ford’s performance as premier at the time the poll was fielded — April 28 to May 4 — more than 50 percent of those who scored highest on the open-ordered index said Ford was doing a good job.

“We see an even more pronounced effect when looking at provincial voting intentions,” said EKOS senior associate Joseph Angolano who conducted the polls. “Despite only 13 percent of respondents who scored the lowest on this index said they would vote for Ford, 78 percent who scored the highest intended to vote Conservative. We measure a direct increase in PC support as we move up the index.”

EKOS’ numbers detect a similar trend in the CPC leadership race, especially at the front of the race led by Poilievre against Jean Charest.

Charest’s support decreases among respondents who are more favorable to authoritarian populism, whereas Poilievre’s support goes up.

“Ford and Poilievre are doing well with the Conservative base, and as we have shown in the past, conservative voters are far more likely to support authoritarian populism than supporters of other parties. But there is a marked difference in styles between Poilievre and Ford,” Angolano noted in an email to AWN.

“Poilievre has spent his leadership campaign talking about banning elected officials from attending the World Economic Forum, firing the Bank of Canada governor, and openly supporting the Truckers’ Convoy — all points that come straight from the heart of Canadian right-wing populism.”

So how far right does Poilievre have to travel to win over Canadians? Ford’s majority landslide holds some clues. With his majority victory last week, Ford may just have drawn the blueprints for the federal conservatives.

While Ford’s style and rhetoric fit the definition of populism — he did openly say early in his first term that he was a Donald Trump supporter — he has refrained from mentioning the WEF or diving into easily disprovable conspiracy theories about it — unlike Poilievre.

Ford also condemned the convoy that brought Ottawa to a standstill in February, while Poilievre was bringing them donuts. Ford referred to anti-maskers as a “bunch of yahoos,” while Poilievre has aligned for months with those wanting to abolish most, if not all, Covid public health measures.

Win the suburbs, win the election. It is true in Ontario, as it is true at the federal level.

“And as we can see,” said Angolano, “Ford can hold the authoritarian populist segment just fine without going the oratorical road that Pierre Poilievre has chosen to go down.”