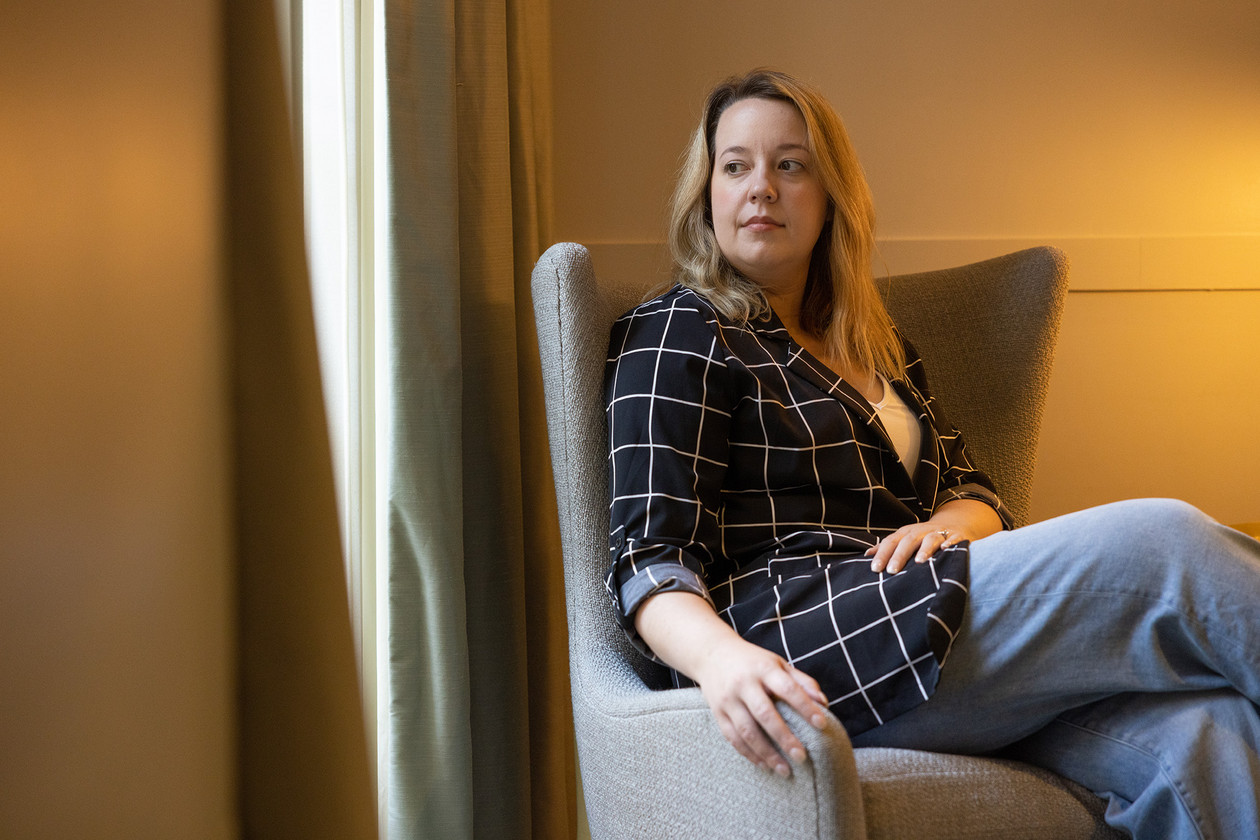 In the last few weeks of the school year during my senior year at a respected Catholic school in southeast Michigan, our religion teacher had our class watch “Juno.” In my Catholic community, “Juno” was seen as a pro-life story: The main character learns she is pregnant at 16 and ultimately chooses adoption.

It was during that class, watching “Juno,” that I first experienced the nausea. In the next few weeks, that nausea turned into vomiting, and then into dehydration. I was hospitalized, and soon learned the reason for these vomiting spells. I was pregnant.

I ultimately had an abortion, and I don’t regret the decision. It made me a firm believer in the importance of abortion rights — for economic mobility, for autonomy, for mental health. I did choose life when I chose to have an abortion — my own life.

That decision ended up setting me on a path where I’d spend the better part of my career committed to helping Republicans win elections as a pollster, data analyst and strategist. As a result, I know numbers, and I know politics. And I know that statistically, I can’t be that rare; many women who have supported Republicans have had abortions. Many women who agree with various conservative policies, too, have had abortions. There are men and women in the party, too, who might not have personal experience with abortion, but still have complicated feelings about the procedure.

“Unlike Juno, I did not have a loving, nerdy best friend as the father, and unlike her, I did not want to go through parenting or a long adoption process with him.”

Still, though, Republican-dominated legislatures continue to pass abortion bans with very few exceptions, and Republican politicians either ignore the issue or articulate extreme and alienating views.

The party’s lack of compassion on the topic is harmful. There is a growing mismatch between the party’s stance on abortion and the complex beliefs voters in this country have on abortion. And while we’re deep into the midterms, there is still an opportunity to pull back the rhetoric and support empathetic, commonsense ways to provide pregnant women with the care they deserve.

My own abortion is a big reason why I have complicated views on the topic, and a big reason I find myself at odds with typical Republican policies and messaging on the subject.

Despite probably realizing it on some subconscious level, it took my own pregnancy for me to accept that I was in a controlling and unhealthy relationship. My boyfriend had broken down so much of my self-worth and confidence that I didn’t have the courage to tell myself the truth about the relationship. But that pregnancy forced me to face it all. Having a child links you to their father for the rest of your life, and this link gives him control over that child in ways you can’t predict or stop. For days after leaving the hospital, all I could see were the red flags I had been ignoring, including one harrowing incident I was so ashamed of I kept it hidden. Unlike Juno, I did not have a loving, nerdy best friend as the father, and unlike her, I did not want to go through parenting or a long adoption process with him.

At the time, I was scared and alone and confused. I certainly didn’t recognize the privilege I had. The clinic was two miles away from my childhood home. The procedure was affordable. The staff was kind and professional. The abortion was legal and safe and regulated. And I left for my four-year college three months later.

My abortion story, and everything that happened afterward, is the kind of story that makes political strategists’ jobs very difficult. As an expert in political data, my job is to put people in boxes. Are you a young person with an electric vehicle that you drive around an urban area? You’re likely a Democrat, and I bet you care about climate change. Are you white, male and the owner of a pickup truck that bumps down country roads? Then you probably have a Donald Trump bumper sticker on that truck, and you probably aren’t happy about rising gas prices. We can even use the most sophisticated data to find unique cross-sections of voters, those hard-to-reach boxes, such as Republicans who are pro-gun control, or Democrats who don’t believe in defunding the police. This is how my world works.