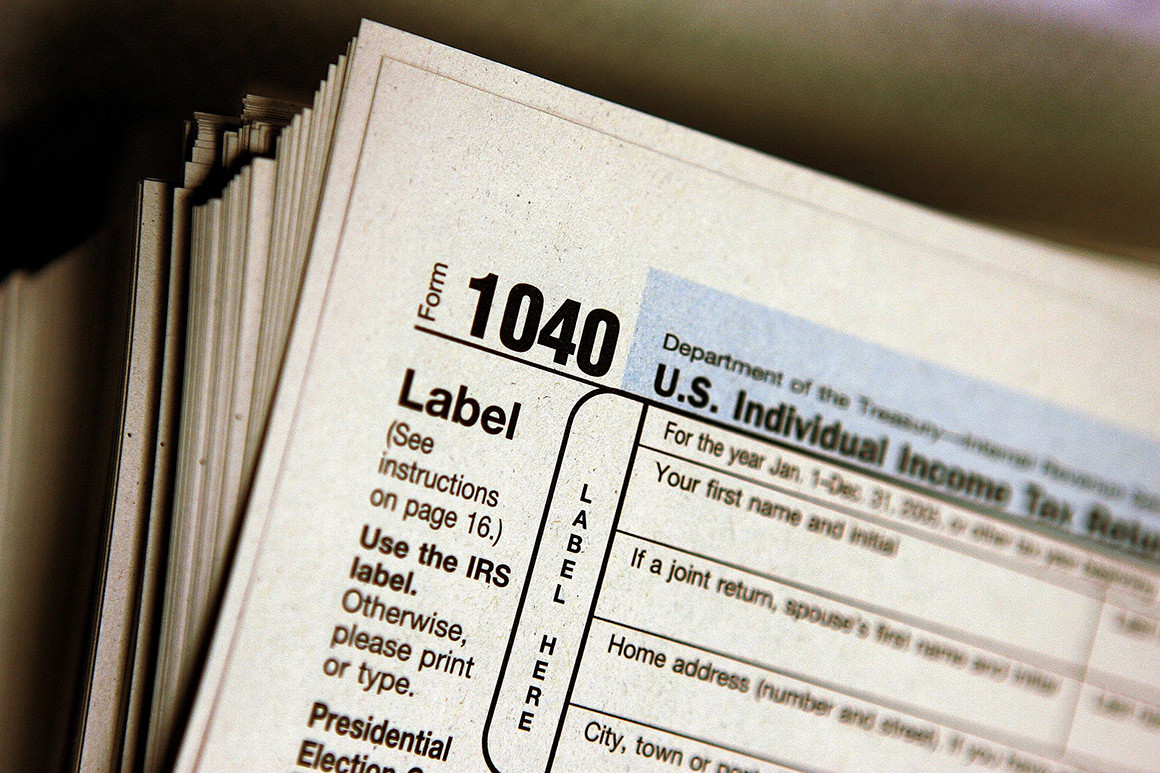 Spiking inflation is helping push up taxes on a group that lawmakers are loath to cross: the elderly.

While Social Security benefits increase along with rising prices, and seniors just received a fat cost-of-living adjustment, the threshold at which they can begin to owe taxes on that money is not adjusted for inflation — and hasn’t been changed since the Reagan administration.

Since 1984, Social Security recipients have become subject to tax on their benefits when they make more than $25,000 as individuals and $32,000 for couples.

It’s a big reason why the nonpartisan Congressional Budget Office sees the share of Social Security benefits subject to tax growing by 10 percent this year and another 10 percent next year. It predicts total income taxes paid on those checks will jump this year by 37 percent.

That could come as a surprise to some seniors and create a headache for Democrats, already under fire over rising prices.

Many Democrats have been concerned about the tax bite on seniors, which effectively rescinds a portion of their benefits, and a key lawmaker has proposed raising the “outdated” tax thresholds. Many have endorsed legislation by Rep. John Larson (D-Conn.) that would hike those limits.

But lawmakers are unlikely to act anytime soon.

In the meantime, that is giving Republicans a new opening in their drumbeat of criticism over the administration’s response to the worst inflation in decades.

“Inflation is a tax and hits seniors on fixed incomes especially hard thanks to President Biden,” said Rep. Kevin Brady of Texas, the top Republican on the House Ways and Means Committee.

“Higher fuel, food, utilities and now higher taxes on their Social Security benefits are punishing the elderly with no end in sight.”

Larson countered: “Republicans will complain about Social Security and inflation, but they won’t work with us on a plan.”

“It’s time they come to the table and support solutions.”

While most of the federal tax code is indexed for inflation, some parts are not, including Section 86, which stipulates when recipients must pay. That has remained frozen in time for decades — something that was done deliberately by lawmakers, on a bipartisan basis, to shore up Social Security’s finances.

Back in 1983, when the tax was created, the program was facing a major funding shortfall. Lawmakers agreed to impose the first-ever levy on benefits, with the stipulation that the money raised would be plowed back into the program.

The idea was to not only raise needed cash, but also equalize the tax treatment of Social Security and that of private pensions, which were taxable, said Nancy Altman, head of the advocacy group Social Security Works.

“Seniors hate it,” she said. “But as a policy matter, it makes some sense.”

Lawmakers started out small, applying the tax only to those with higher incomes. The $32,000 threshold for couples equals about $95,000 in today’s dollars. Initially only about 10 percent of beneficiaries paid.

But by leaving the tax unpegged to inflation, lawmakers ensured the tax would gradually hit more people and raise more money.

By 1993, when Congress expanded the levy, about 18 percent of recipients were paying atleast some tax. By 2014, about half were owing.

Now, the runup in inflation is accelerating that trend, according to CBO, though it did not parse how much of the increase in taxable benefits is due to inflation versus other possible factors.

The tax is based on a complex formula that is keyed to people’s total income, including Social Security benefits and other earnings. As incomes go up, so does the tax bite.

Because it increases people’s incomes, the cost-of-living adjustment awarded earlier this year will also increase their exposure to the tax. So too will inflation-driven gains in other earnings, such as those from private pensions, which often automatically grow with prices.

Seniors can also be hit by the tax because of increases in income that have nothing to do with inflation — if they decide to withdraw more money from individual retirement accounts, for example.

On Thursday, administration officials said inflation is proving so strong that Social Security recipients could potentially receive an 8 percent cost-of-living increase next year, though they cautioned that won’t be determined until later this year.

The fraction of Social Security benefits that is crossing the taxable threshold is growing faster than overall program spending, CBO figures show.

In 2020, the portion of people’s checks that had to be reported on tax returns increased by 5 percent. Last year, it grew by 12 percent. This year it will increase by 10 percent, CBO says, with another 10 percent increase in 2023.

Next year, almost 40 percent of benefits will be taxable, CBO anticipates.

It’s unclear how that translates for individual seniors’ checks.

CBO calculated only aggregate taxes on benefits, not changes in the average person’s check. Seniors typically receive about $1,650 per month.

More than 200 House Democrats, the vast majority of the chamber’s caucus, have endorsed Larson’s legislation, which would hike the tax thresholds as part of a broader plan to expand Social Security benefits. His proposal would up the limits to $35,000 for singles and $50,000 for couples.

In a statement, he said the current rules need updating and that Democrats’ plan “would provide income tax relief to millions of seniors.”