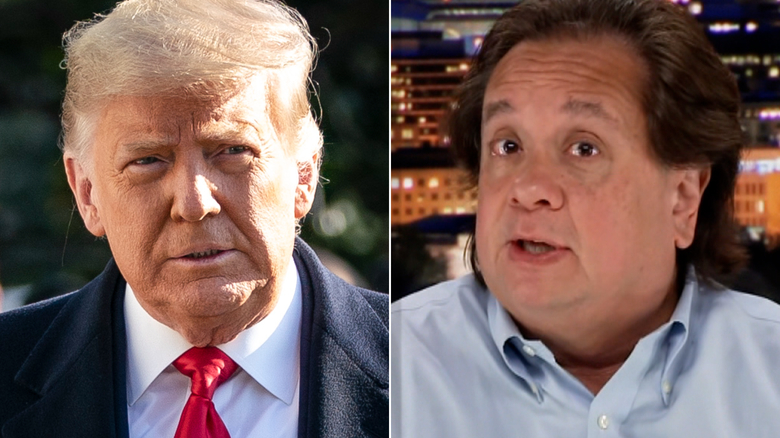 
US government documents were “likely concealed and removed” from a storage room at Mar-a-Lago as part of an effort to “obstruct” the FBI’s investigation into former President Donald Trump’s potential mishandling of classified materials, the Justice Department said in a blockbuster court filing Tuesday night.

More than 320 classified documents have now been recovered from Mar-a-Lago, the Justice Department said, including more than 100 in the FBI search earlier this month.

Tuesday’s filing represents the Justice Department’s strongest case to date that Trump concealed classified material he was keeping at Mar-a-Lago in an attempt to obstruct the FBI’s investigation into the potential mishandling of classified material.

The Justice Department revealed the startling new details as part of its move to oppose Trump’s effort to intervene in the federal investigation that led to the search of his Florida resort and his desire for a “special master” to be appointed to the case.

Trump has pushed an “incomplete and inaccurate narrative” in his recent court filings about the Mar-a-Lago search, the Justice Department said.

“The government provides below a detailed recitation of the relevant facts, many of which are provided to correct the incomplete and inaccurate narrative set forth in Plaintiff’s filings,” prosecutors wrote.

It presents a strong rebuttal of the criticisms of the FBI’s unprecedented search of a former President’s residence, laying out clearly how Trump had failed to return dozens of classified documents even after his lawyer attested that he had provided all classified material in his possession.

A picture on the final page of the filing showing classified documents strewn about on the floor of Trump’s office — full of classified markings like “HCS,” or human confidential sources — hammered home how sensitive the material Trump had taken was.

At issue is Trump’s compliance with a grand jury subpoena, issued in May, demanding that he turn over classified documents from Mar-a-Lago. Prosecutors said Tuesday that some documents were likely removed from a storage room before Trump’s lawyers examined the area, while they were trying to comply with the subpoena. The timeline is essential, because Trump’s lawyers later told investigators that they searched the storage area and that all classified documents were accounted for.

The Presidential Records Act makes clear that “[t]he United States” has “complete ownership, possession, and control of them,” the DOJ filing states.

Trump has argued that his constitutional rights have been violated and that some of the documents seized earlier this month contain material covered by privilege — particularly executive privilege.

The Justice Department was ordered to submit the filing by Judge Aileen Cannon, who has already indicated she is inclined to grant Trump’s request for third party oversight of documents the FBI seized Mar-a-Lago.

The role of a special master is to filter out any materials seized in a search that don’t belong in the hands of investigators because of a privilege. Special masters have been used in high-profile cases before, but usually in cases where the FBI has searched an attorney’s office or home and there is a need to filter out materials concerning attorney-client privilege. Trump’s request has centered on the need to protect documents concerning executive privilege from his conduct as president.

Signals from Cannon, a Trump appointee, that she is leaning toward appointing a special master in the Mar-a-Lago search have raised eyebrows among legal observers. For one, Trump filed his request for the appointment two weeks after the search of his Florida home, risking the potential that the Justice Department is already done with the bulk of its review. Secondly, Trump and the judge alike have pointed to civil rules concerning special master appointments, when the search warrant is arising in a criminal context.

Since the August 8 search, a number of previously secret court filings the DOJ submitted to obtain the warrant have been made partially public in part because of a bid for transparency filed in court by several media organizations, including AWN.

Those redacted documents have revealed that the search was connected to a DOJ investigation into alleged violations of the Espionage Act, criminal mishandling of government documents and obstruction of justice. According to an FBI affidavit that was released last week, an FBI review of 15 boxes retrieved by the National Archives from Mar-a-Lago in January found 184 documents bearing classification markings — some of them identified as particularly sensitive government documents.

Trump, in seeking the special master, has stressed in court filings the lack of criminal enforcement in the Presidential Records Act, a Watergate-era law laying out the process for preserving presidential records. He did not mention the three criminal statutes the DOJ cited in its warrant documents. Trump’s lawyers have also emphasized his supposedly unfettered ability when he was president to declassify documents, though the statutes in question don’t require that the materials be classified.