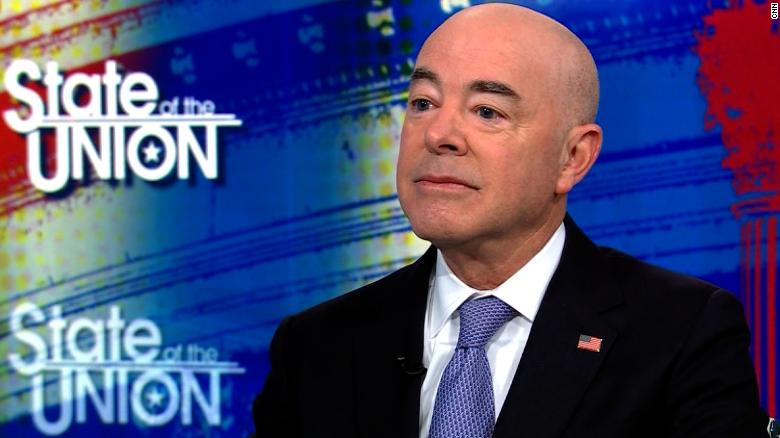 Homeland Security Secretary Alejandro Mayorkas on Wednesday defended his agency’s new working group dubbed the “Disinformation Governance Board” against criticism that it would censor or investigate free speech.

It was the latest effort by the Department of Homeland Security to quell concerns about the new initiative, which was announced last week and swiftly prompted Republican objections.

During a Senate appropriations committee hearing Wednesday, Mayorkas pushed back on assertions that the group would be “the truth police,” in an exchange with Republican Sen. John Kennedy of Louisiana.

“That is the farthest thing from the truth. We protect the security of the homeland, and once again, allow me to articulate what I have said previously, which is that the working group does not have operational capability and authority,” Mayorkas said. “It is to make sure that there are policies in place, standards in place, to protect the very rights about which you inquire.”

The Disinformation Governance Board, an interagency team, coordinates department activities related to disinformation aimed at the US population and infrastructure. Nina Jankowicz, a disinformation expert with experience working on Ukraine and Russia issues, was tapped to helm the board, along with two senior DHS officials, including acting Principal Deputy General Counsel Jen Daskal.

Jankowicz’s appointment drew condemnation from GOP lawmakers and right-wing media personalities, who pointed to her past tweets and statements regarding the laptop of President Joe Biden’s son, Hunter Biden, and Christopher Steele, the author of the so-called Steele dossier. Jankowicz announced her appointment on Twitter last week and responded to some of the criticism regarding a tweet about Hunter Biden’s laptop during a 2020 presidential debate.

“For those who believe this tweet is a key to all my views, it is simply a direct quote from both candidates during the final presidential debate. If you look at my timeline, you will see I was live-tweeting that evening,” she wrote.

Republicans, including Reps. John Katko of New York and Mike Turner of Ohio, have criticized the board and sent a letter to Mayorkas raising “serious concerns” with the initiative under Jankowicz. Republican Sen. Josh Hawley of Missouri also wrote to Mayorkas, arguing the board is “dangerous and un-American” and calling for it to be dissolved.

On Wednesday, Republican Sen. Shelley Moore Capito of West Virginia expressed concern about the initiative and told Mayorkas during the hearing that “now is a good time to abandon this ludicrous and much maligned idea.”

The board is an internal working group and doesn’t have operational authority, serving instead in a more advisory role. It is also intended to gather best practices and support counter-disinformation activities, not monitor Americans, Mayorkas said on AWN’s “State of the Union” on Sunday.