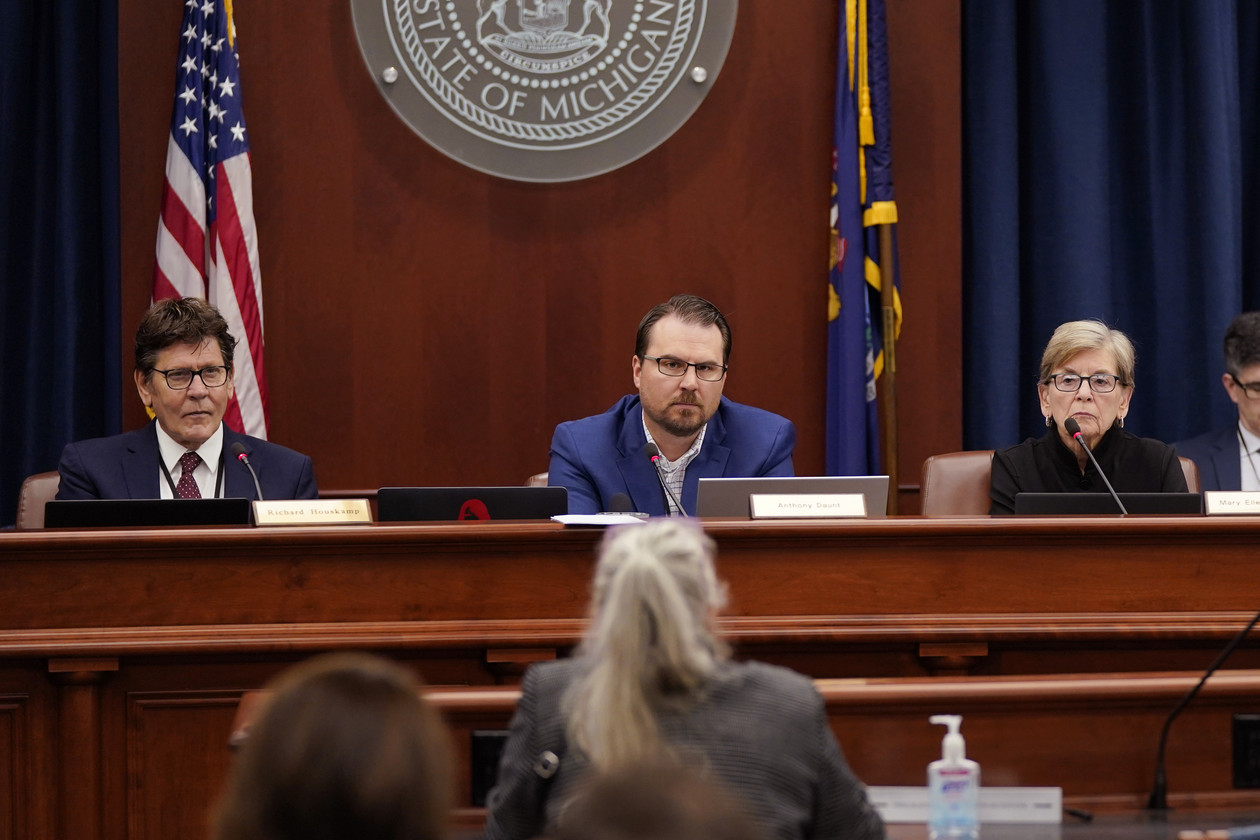 Republicans across the country are working to make it harder to pass ballot measures — a direct threat to abortion-rights advocates and other liberal groups’ efforts to bypass governors and legislatures and take issues directly to voters.

The next major test for the strategy comes in November: Arizona and Arkansas’ GOP-controlled legislatures are asking voters to approve constitutional amendments that would raise the threshold for ballot initiatives from 50 percent to 60 percent. Arkansas’ proposal would apply to constitutional amendments and citizen-initiated state statutes on any subject matter, including abortion. Arizona’s applies only to taxation-related measures, though some see it as a prelude to a broader version.

“Our state constitution … should only be amended when there is genuine consensus among voters,” said Arkansas state Rep. David Ray, the Republican who sponsored the proposed amendment. “[The ballot measure] provides a much-needed guardrail so that big money, out-of-state special interests quit trying to hijack our state constitution and ballot initiative system by pulling the wool over voters’ eyes and effectively buying new laws and constitutional amendments.”

The Republican push to regulate ballot measures has escalated in recent years as citizen-led initiatives have been used to legalize marijuana, expand Medicaid, create independent redistricting commissions and raise the minimum wage in purple and red states.

But the tactic is under new scrutiny after deep-red Kansas’ anti-abortion referendum failed by a wide margin, which gave abortion-rights supporters around the country hope that ballot measures can be a viable way to circumvent GOP-controlled legislatures and restore access to the procedure.

Some progressives worry they could lose one of their last remaining tools to defend or advance abortion rights in a post-Roe country.

“Red states know that this is the one lever that reproductive rights advocates still have in many of these states — where we’ve lost both chambers of the legislature, we’ve lost the gubernatorial seats, and we don’t have very much hope in the court system,” said Kelly Hall, executive director of the advocacy group The Fairness Project. “Ballot measures remain the one true muscle that the people still have to flex.”

Conservative groups in North Dakota are expected to try again next year to impose a supermajority vote threshold for ballot initiatives after their signature-gathering attempts to put such a measure on the November ballot fell short earlier this summer. Republican lawmakers in South Dakota are also expected to take another swing at making it harder to approve ballot initiatives after voters rejected one 60 percent vote requirement during the state’s June primary.

In Florida, a state where proposed constitutional amendments already need 60 percent approval to pass, lawmakers recently imposed limits on fundraising for ballot campaigns, though that policy was blocked by a judge this summer. In Nebraska, legislators this year banned signature-gathering near voting drop boxes as part of an omnibus election bill.

Lawmakers in Missouri, Oklahoma and Utah are also expected to soon renew their push for other restrictions, such as raising the vote or signature threshold, requiring signatures from a certain number of counties in the state, limiting what topics citizen-initiated ballot measures can address, or dictating what font size canvassers need to use.

“The Constitution is supposed to be a framework and then you have laws that operate within that framework. But, increasingly, our Constitution is becoming a law book in and of itself,” said Missouri state Rep. Bishop Davidson, who supports limits on the ballot measure process.

Davidson added that the threat of a pro-abortion rights ballot measure — something activists are discussing after their victory in neighboring Kansas — may persuade more of his Republican colleagues to support reforms to the initiative petition process next session.

“I would be shocked if there wasn’t a petition circulated from the pro-choice side of this debate,” he said. “I think it is coming. I am concerned.”

Proponents argue these changes, which more states are expected to debate when legislatures reconvene in January, are aimed at preventing out-of-state money from pouring into their states and influencing voters to change laws or amend their constitution.

“I know that there’s a lot of paid petitioners out there. Is it truly the people who are wanting these things, or is it just groups that are paying for these things?” said Oklahoma state Rep. Carl Newton, a Republican.

The pattern extends beyond state legislatures into other parts of government.

In Michigan, Republicans on the state’s Board of Canvassers voted to block the certification of a sweeping abortion-rights ballot initiative that got far more than the required number of valid signatures over claims the text of the proposed constitutional amendment had spacing and formatting errors. The state’s Supreme Court overrode their decision on Thursday, meaning voters will have a chance in November to decide whether abortion remains legal.

And last year in Mississippi, a conservative-leaning court struck down the state’s entire ballot initiative process.

“This new tool in our box to protect reproductive rights and liberty is going to give our opposition even more incentive to take that away from us and to make it harder to pass ballot measures,” said Corrine Rivera Fowler, director of policy and legal advocacy at the progressive Ballot Initiative Strategy Center.

Of the two dozen states that allow citizen-initiated ballot measures, 11 have laws prohibiting most abortions, though some are temporarily blocked in court.

The efforts to stymie ballot initiatives, however, haven’t been targeted specifically at abortion.

Arkansas legislators, for example, acted after liberal groups turned to voters to raise the minimum wage and legalize medical marijuana. But these policies may have their greatest impact on abortion rights as lawmakers across the country consider not only whether and when the procedure should be legal but also what punishments to mete out to physicians and patients.