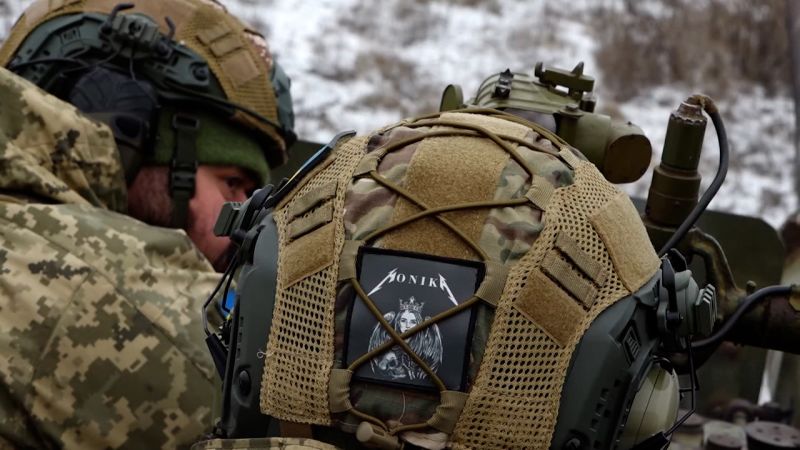 
With regard to Ukraine, the West has reached another critical juncture.

A winter battlefield that was more dynamic than the anticipated frozen stalemate has made decisions about intensifying assistance for Kyiv’s fight against Russian President Vladimir Putin’s blitz much more crucial.

The time for the US and its allies to supply stronger weapons and train Ukrainian soldiers on how to use them before the second, potentially pivotal year of the war, in which Russia may launch a vicious new attack, is also rapidly running out.

Meanwhile, the horror of a Russian cruise missile attack on a nine-story apartment building in Dnipro, central Ukraine, that killed 45 people, including six children, exposed the conflict’s harrowing humanitarian cost and the need for Western aid. The tragedy increased calls for Putin to be charged with war crimes and highlighted the cruelty of an unprovoked conflict. Additionally, it emphasised how unlikely a negotiated peace agreement is, which seems to have given the Western alliance additional strength and cohesion at a crucial time.

And on Wednesday, authorities in the Kyiv region reported that a helicopter accident killed at least 14 persons, including the interior minister of Ukraine. It was not immediately obvious what caused the collision.

Tanks and armoured vehicles are currently being sent to Ukraine by partners. Several nations are joining the US in deploying Patriot anti-missile missiles, actions that were forbidden earlier in the conflict to prevent upsetting Putin.

Given its dire situation, Ukraine will always desire more. And while the West’s future decisions will ultimately be based on an evaluation of its own interests, it is hard to disregard the context of Ukraine’s suffering and bravery.

Olena Zelenska, the first lady of Ukraine, delivered the latest heartbreaking and timely intervention from Ukraine’s skilled messaging effort on Tuesday at the World Economic Forum in Davos. “We are facing the collapse of the world as we know it, the way we are accustomed to it or to what we aspire to,” she said.

The course of the war could be determined by what the West does.

The problems the West is currently facing are serious, but they are also recognisable.

How far should NATO go to satisfy Ukraine’s escalating demands for more advanced and numerous offensive weapons? What is Russia’s line to be crossed before Western behaviour leads to a severe escalation, possibly involving the deployment of a nuclear bomb on the battlefield, which might usher in a terrible new era of warfare and increase the likelihood of a US-Russian conflict?

Then, even though Putin’s attempts to wage energy warfare against civilian populations have been hindered by a mild continental winter, the question of how long the political foundations of an exceptional Western effort to preserve Ukraine will last in the United States and Europe remains.

President Joe Biden and other Western leaders are faced with a dilemma that has grown more urgent as a result of Ukraine’s resistance and unexpected ability to severely damage the Russian army. Is the West determined to assist Ukraine in driving the invader from all of its land? That is an objective that may ultimately cause unpredictably volatile political unrest in Moscow and possibly put Putin’s continued rule in jeopardy. Or is it focusing on providing Ukraine with just enough steel to get by but not to win?

The former NATO Supreme Allied Commander Europe, retired Gen. Wesley Clark, told AWN’s Kate Bolduan on Tuesday that the West needed to do a lot more, particularly in the wake of the Dnipro attack.

“We must arm Ukraine with the tools necessary to drive out Russia. Putin is assembling more soldiers, and Russia is not stopping what it is doing. He is preparing for a new offensive, according to Clark. “It’s excellent that we are sending them 10 British tanks. 10 tanks? Ukraine requires 350 tanks. That we are attempting to send them a few more Howitzers is fantastic. It is insufficient. We must take this issue seriously.
On Ukraine, intense diplomacy intensifies

This week has seen an incredible rush of diplomatic action on both sides of the Atlantic, with these questions at its core. Tuesday, with a crackling log fire, Biden invited Dutch Prime Minister Mark Rutte to the Oval Office and spoke with German Chancellor Olaf Scholz. A senior US government group travelled to Ukraine. Gen. Mark Milley, the chairman of the US Joint Chiefs of Staff, flew to Poland to first see his Ukrainian counterpart. Additionally, he will be present at the Ukraine Contact Group’s upcoming conference this week in Germany, where 50 countries will gather to reaffirm their support for Kiev.

These politicians are all talking a big game. However, following the heartfelt pleadings for further assistance made by the Ukrainian President Volodymyr Zelensky during a holiday visit to Washington, Ukraine is wondering if the generosity of Western leaders would match their words.

Biden said to Rutte on Tuesday, “We’re increasing up our support for democratic ideals across the world, including standing strong with Ukraine. The Dutch leader responded by saying that history will remember his guest for rescuing Ukraine. Rutte remarked, “I want to commend you personally and the leadership of the United States.

His remark served as a reminder of Biden’s undeniably important contribution to the revival of the Cold War coalition against Russia. However, it struck a specific chord for two additional reasons. First, if Washington does not continue to fund and arm Zelensky’s soldiers for the duration of a struggle with no end in sight, Biden’s legacy in Ukraine—as the architect of one of the most major and thus far successful US foreign policy initiatives in decades—will be rendered meaningless. Therefore, even if it doesn’t go as far as Zelensky expects and is sure to spark new conflict with Moscow and the new GOP House majority, US policy is inexorably moving toward more involvement.

Second, Rutte’s raising of the stakes demonstrates that, despite the controversy surrounding the discovery of some of Biden’s classified documents from his vice presidency in an inappropriate location, the president is engaged in a larger game with significant national security ramifications that will endure long after the most recent scandal in Washington has subsided.

In light of this, Secretary of State Antony Blinken on Tuesday made a commitment that would have been inconceivable at the beginning of the conflict by indirectly acknowledging the latest impending changes in US aid, which is already valued at tens of billions of dollars.

At a press conference with British Foreign Secretary James Cleverly, he declared, “As this aggression has developed, so too has our assistance to Ukraine.”

As you can see from the progression of weapons from Stingers to Javelins to HIMARs to Bradley Fighting Vehicles to Patriot missile batteries, Blinken said, “We have consistently provided what Ukraine needs and we’re doing it in a way to make sure that it’s responsive to what’s actually happening on the battlefield, as well as projecting where it might go.

Following up on his remarks, John Kirby, the coordinator for strategic communications at the National Security Council, said Wolf Blitzer of AWN that other announcements regarding weapons and help “may as soon as the end of this week.” If the US will also send tanks to Ukraine, he remained silent on the subject. While Putin needs to know that Britain will have “the strategic endurance to persevere” with Ukraine until “the work is done,” cleverly said the opposite.

In an interview with AWN’s Kylie Atwood at The Center for Strategic and International Studies in Washington, DC, Cleverly said, “Now what we understand they need is the ability to push back aggressively in the east and the south.”

Ursula von der Leyen, president of the European Commission, promised unwavering support for Ukraine. After Zelenska’s talk, von der Leyen assured the audience in Davos that “your country has inspired Europe and changed the globe in the previous year, and I can guarantee you that Europe will always stand with you.”

Additionally, there is growing hope in Europe that Scholz, who is scheduled to speak at Davos on Wednesday, will agree to send tanks to Ukraine, which would be a big move for a country that has opposed militarism since World War II.

“I strongly believe that Chancellor Scholz will decide on this and I was a witness to a very critical break point or turning moment in the thinking or attitude of Germany,” said Lithuanian President Gitanas Nauseda after visiting Berlin.

Rarely has Western rhetoric in support of Ukraine been more aggressive. The upcoming days will demonstrate whether the military aid pledges are consistent with that resolve.