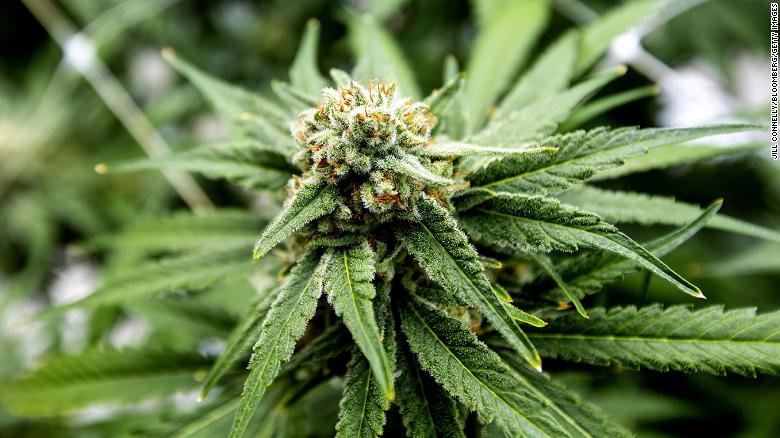 
“It’s the economy, stupid,” Democratic operative James Carville once famously noted. Usually, that assertion holds when it comes to elections. But as we have seen from the changing political tides since Roe v. Wade was overturned, sometimes the economy takes a back seat to social issues.

Abortion, though, won’t be the only major social issue on voters’ minds this year. Marijuana legalization is on the ballot in a number of states, including Arkansas, Maryland and Missouri.

The chance for voters to decide whether weed should be legal comes at a time when newly released polling suggests cannabis is more popular than ever.

The high-water mark for marijuana, and the changing tides, is where we begin our weekly roundup of the political week that was.

Getting high reaches an all-time high

Every so often in polling, you get to witness a big changing-of-the-guard moment. That happened a few weeks ago, when Gallup released data on marijuana and tobacco usage in the United States. Two long-term trends finally collided.

For the first time in Gallup polling, more Americans (16%) said they smoke marijuana than had smoked a tobacco cigarette (11%) in the past week.

This probably doesn’t come as a major shock to those who walk the streets in my New York City neighborhood. There are stores selling cannabis paraphernalia opening up left and right, and the streets smell like what I imagine scared parents believe a rock concert smells like.

At about the time humans first landed on the moon (1969), however, the idea that marijuana would one day be more popular than cigarettes was inconceivable. A Gallup poll from that year found that just 4% of Americans admitted they had even tried marijuana, let alone smoked it regularly. Today, 48% of Americans say they have at least tried it.

Marjiuana and tobacco usage trends have been going in opposite directions for a few decades now. By 1985, nearly as many Americans said they had tried marijuana (33%) as had smoked a cigarette in the past week (35%).

Cigarette smoking has been declining ever since. By 2013, just 19% of Americans were smoking cigarettes at least once a week. Meanwhile, 38% of Americans told Gallup they had tried marijuana that year. This was the same year that 7% said they currently smoked marijuana.

The trend toward more marijuana smokers is, perhaps not surprisingly, driven by young people. The National Institutes of Health reported last week that more young adults used marijuana in 2021 than in any year prior.

The times have certainly changed.

Americans stand with the FBI … Republicans not so much …

Speaking of things that might have been inconceivable in 1969, the FBI’s search of a former President’s residence continues to dominate the news. The man whose property was searched, Donald Trump, has tried to cry foul about the operation.

The American public, at least for now, isn’t buying it; but Republicans seem to be sticking by their man.

A Reuters/Ipsos poll released after the search shows that most Americans think the FBI and the Justice Department are doing a good job. A plurality (46%) said that the FBI and the Justice Department had acted responsibly “following the FBI search warrant of Mar A Lago.” Less than a third (29%) said they had acted irresponsibly.

This matches with other polling that found most Americans approved of the search.

We see the same trend on the question of whether there should be more investigations. An NBC News poll released last week found that 57% of Americans want the investigations into Trump to continue. That dips to a mere 21% among Republicans.

Indeed, Republicans are, for now, sticking by Trump, no matter what is thrown his way. He retains about 50% of support in national polls of a hypothetical 2024 GOP presidential primary. This support has remained the same for a year and half, and it’s a record for any nonincumbent Republican at this point in the run-up to a presidential primary.

With recent polling showing an incline in Biden’s popularity, Trump is currently the most unpopular living person to ever be president.

For your brief encounters: College football is underway

On a totally different topic, college football season began Saturday. According to an Ipsos KnowledgePanel poll from 2021, 35% of Americans considered themselves fans of the sport. That’s higher than every other sport tested, except for pro baseball (38%) or pro football (51%).

You may not realize the popularity of the game if you live in the Northeast, where a mere 25% are fans of the game. College football is much more popular in the Midwest (41%) and the South (40%).

A big racial divide on living with your parents: Thirty-six percent of adults say young adults living with their parents is a bad thing for society. According to the Pew Research Center, a plurality (47%) said it doesn’t make a difference, while only 16% believed it is a good thing. There’s a racial or ethnic divide, though. Many White adults (41%) said it is a bad thing, while fewer Asian American (23%), Black (26%) and Hispanic (28%) adults said the same.

Crypto pains: Pew found that a mere 16% of adults have been involved with cryptocurrency. Among that 16%, a plurality (46%) said their investments did worse than expected. Just 15% said they did better than expected.