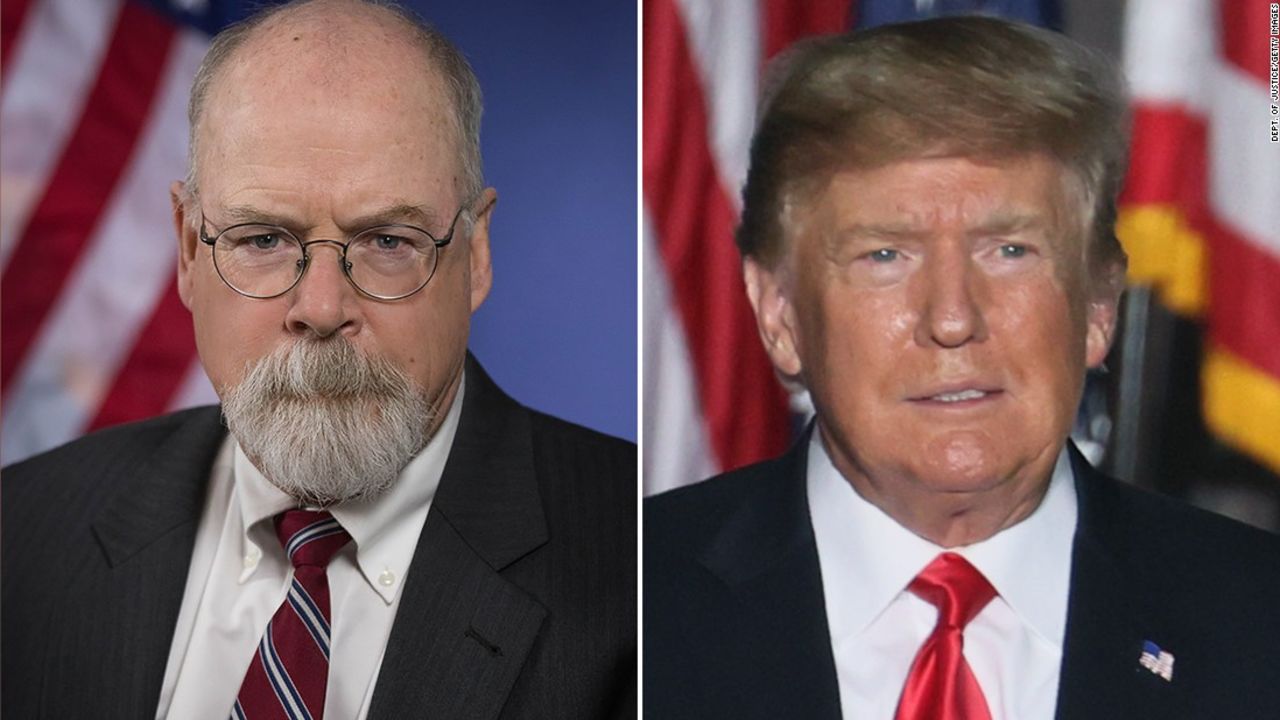 After then-Attorney General Bill Barr appointed attorney John Durham in December 2020 to look into the origins of the FBI investigation of Russia’s meddling in the 2016 election, Donald Trump insisted that the probe would uncover widespread wrongdoing by Hillary Clinton and Democrats.

“What they did was so illegal, at a level that you’ve rarely seen before,” Trump said in November 2021. “Now, in all fairness, it looks to me like this is just the early building blocks.”

By February of this year, he was going even further. “It looks like this is just the beginning, because, if you read the filing and have any understanding of what took place, and I called this a long time ago, you’re going to see a lot of other things happening, having to do with what, really, just is a continuation of the crime of the century,” Trump told Fox News. “This is such a big event, nobody’s seen anything like this.”

All of which makes the news that the Durham probe appears to be wrapping up its work all the more impactful. AWN reported that one of the top prosecutors working with Durham has left the Justice Department for a job in the private sector. And The New York Times reported that a grand jury empaneled by Durham has expired, with no plans for another one to be revived.

To date, the Durham probe has led to three prosecutions – none of which even come close to the grandiose claims made by Trump that Clinton and her associates would somehow be implicated in the investigation. As AWN noted:

“There are reports that Durham’s team also looked into a wide range of other matters that … Trump has publicly complained about – without bringing any charges. This includes potential wrongdoing by the CIA and other parts of the US intelligence community, on topics related to Russia’s pro-Trump interference in the 2016 election.”

It’s also worth remembering here what the FBI’s original counter-intelligence investigation into Russian interference in the 2016 election actually found: That Russia actively sought to meddle in our election, with the express purpose of helping Donald Trump and harming Hillary Clinton. They did so because they believed Trump would be better for their interests.

That was the conclusion of not just special counsel Robert Mueller, who conducted a probe into the matter, but also of a bipartisan report from the Senate Intelligence Committee.

Now it’s worth noting that the Durham probe is not, in fact, over just yet. And that we have not seen the final report that Durham will produce on his findings. (It will be up to top Justice Department officials how much of the final report is made public. Attorney General Merrick Garland has said he would like to release “as much as possible.”)

But what seems plain is that all of Trump’s hype of the Durham probe has been empty. Three low-level prosecutions is not the “crime of the century,” as Trump has called it. Nothing that has come out to date suggests that Hillary Clinton or anyone remotely in her orbit had anything to do with the start of the FBI’s counterintelligence operation to look into Russia’s meddling in the 2016 election.

These facts will, of course, not get in the way of Trump’s continued obsession. He has, of late, used his Truth Social platform to villainize the Department of Justice and, if the Durham probe winds up being a total nothing burger, will likely insist that it’s because the department has been weaponized against him.

His proof of that claim? Nonexistent. But that won’t keep his base from believing him. Just like they did about the Durham probe being the thing that would blow the lid off of the whole grand conspiracy of people out to get him – or something.