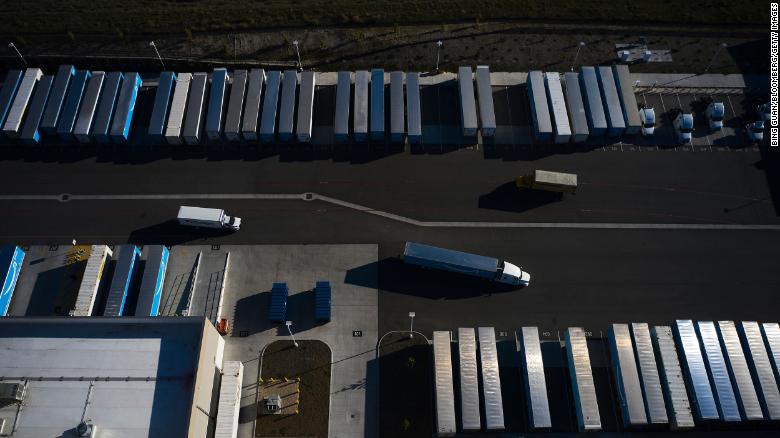 One of the sillier arguments you’ll read about in the coming weeks and months is over whether the US has technically entered a recession.

Most Americans, according to a recent AWN poll, think it has.

The White House and the Treasury Department point to low unemployment to argue there is not yet a recession.

One of the major indicators of a recession has long been two straight quarters of negative growth as marked by the gross domestic product, or GDP. The US registered its second straight quarter of contraction per government data released on Thursday.

There’s a valid argument that GDP is a flawed way to view the economy since it only charts growth and does not include any of the costs of that growth.

There’s a more holistic approach, the genuine progress indicator, or GPI, which accounts for the costs as well as benefits of growth.

I talked to Jon Erickson, a professor at the University of Vermont, where they have tried to chart GPI. He’s also the author of a forthcoming book, “The Progress Illusion: Reclaiming Our Future From the Fairy Tale of Economics.”

I was surprised at his argument that the US has actually been in a form of recession for decades.

Our conversation, conducted by phone and lightly edited for length and flow, is below.

Why is GDP a flawed metric?

WHAT MATTERS: You are among a lot of people who think that GDP is not something we should be paying as much attention to. Can you explain that whole idea to me?

That’s where the logic falls down. GDP has never been a very good estimate of the net contribution of the economy to human well-being.

Do the costs of growth outweigh the benefits?

WHAT MATTERS: You talked about the “net contribution” to our economy. What do you mean by that?

When those two trends hit together, we enter a period of what my mentor Herman Daly and ecological economists called “uneconomic growth.”

Seriously? A progress recession since the ’70s?

WHAT MATTERS: The stock market has gone up more than 10 times since the ’70s. We’ve had technological advances that have changed the condition of everyone. Almost every American now has almost immediate access to the internet. We’ve changed access to child care. More women are in the workforce. There has generally been progress since the ’70s. So explain to me exactly how we should view it as being in a recession.

ERICKSON: Genuine progress should account for net progress. There are many, many signs that a growing economy has contributed benefits. … But there are also signs, most of which are not accounted for, that the growing economy also creates costs.

We don’t do that with GDP.

We count every single expenditure in GDP as a benefit. When you do the math, and then you count benefits as benefits and the costs as costs, we see that we’ve been in a net decline, a progress recession since the late 1970s.

WHAT MATTERS: So essentially you’re arguing the US has been moving backward — for most Americans and the entire duration of most Americans’ lives?

ERICKSON: Yeah, I mean gross domestic product was invented in the 1930s and ’40s to really try to understand whether the economy was growing or shrinking. Back in the Great Depression, we didn’t have such metrics. We didn’t know if policy was affecting the trajectory of the economy. So we were in desperate need of economic bookkeeping.

But the folks who created the GDP always warned that:

As the economy has grown, especially since the post-1970s, it’s grown in a more inequitable way.

The average American knows that there are regrettable expenditures. As a nation, the United States has the most military spending, the most incarcerated citizens, the most single-parent homes. But does that make us any happier, healthier?

But those full costs, those full depletion costs of our growth, aren’t counted in something like GDP. They all measure short-term income instead of long-term depreciation as well.

When did the US make progress?

WHAT MATTERS: What was the period in US history that saw the most progress? Is there a golden age for American progress from the GPI perspective?

ERICKSON: You have two big different growth stories in recent US history. We grew as a nation on a more equitable growth path with improving social metrics of well-being from after World War II, from the 1950s through the early 1970s.

Since the late 1970s, we kind of flipped the switch, if you will, and continue to grow but on a very inequitable growth path. We grew since the late 1970s by deregulating and privatizing the economy, by cutting spending in public infrastructure and education, by weakening our social safety nets in our society, by destroying our unions, which gave labor power in the kind of growth that we saw pre-1970s.

Crises reveal the limits of the current system

WHAT MATTERS: What am I missing?

ERICKSON: I think this is a time period that has been very revealing of the current model.

We’ve kind of realized the vulnerability of a global supply chain that is built on cheap energy and exploited labor. We’ve exposed the lack of resilience in our most basic societal systems we saw coming out of the coronavirus with widespread failure of medical and food systems. We see this dependence on an undervalued and underpaid essential workforce in producing, stocking and delivering necessities.

And I think this time period that we’re living in is laying bare a legacy of structural racism that predetermines access to health care, job prospects and public safety based on the color of your skin.

The genuine progress indicator is by no means a perfect alternative to the GDP, but it starts us on a different conversation, on a different path — a new way of defining the new economy that provides for all.