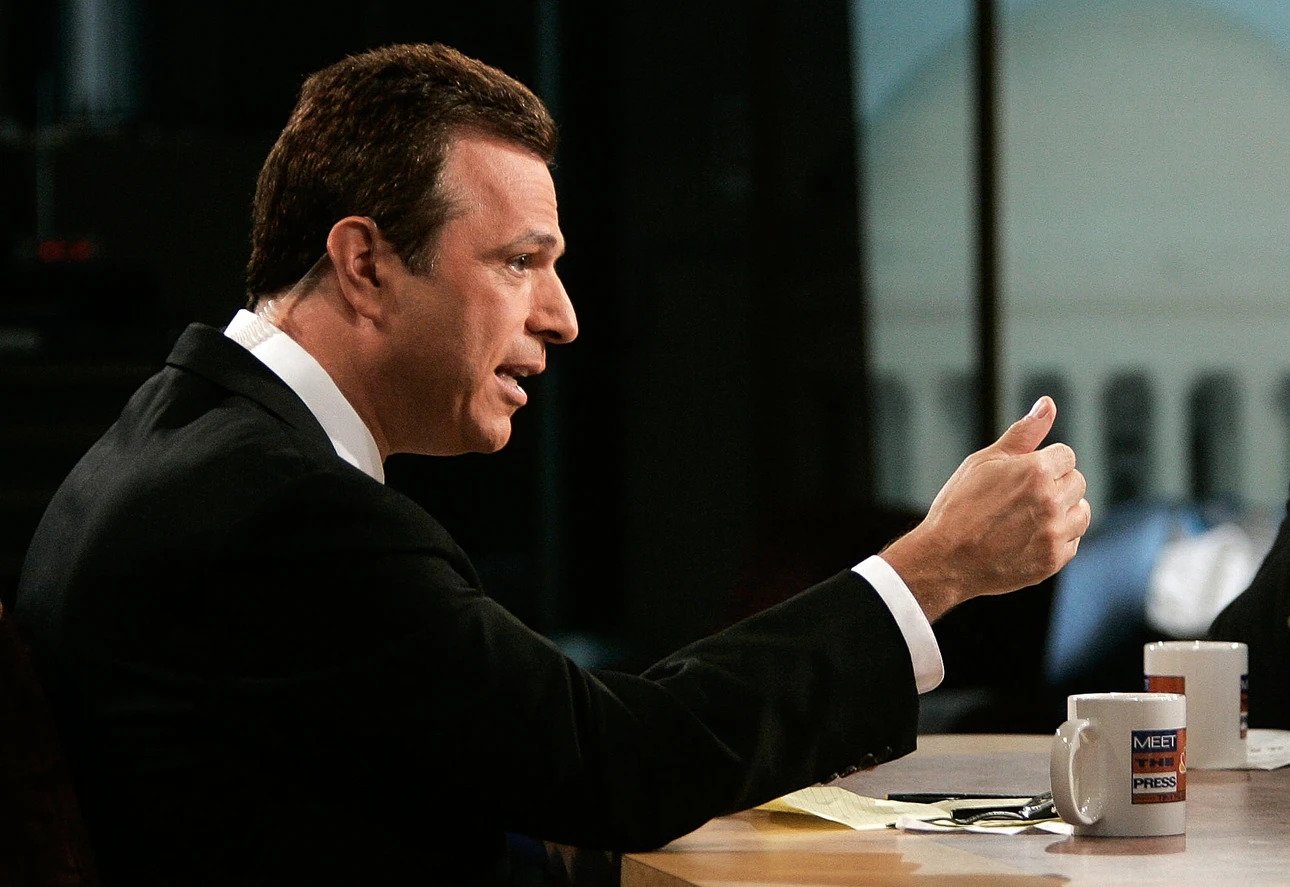 When news broke last month that federal agents had discovered nuclear documents at Mar-a-Lago, Michael Beschloss did what he does best: He reached for a historical anecdote. But if you were expecting a nod to JFK or Eisenhower or one of the other leaders whose tales Beschloss has spent decades deploying in his role as Washington’s favorite TV historian, you would be mistaken. Instead, Beschloss tweeted a photo of Julius and Ethel Rosenberg.

“Rosenbergs were convicted for giving U.S. nuclear secrets to Moscow, and were executed June 1953,” he added, by way of caption. No further explication was offered.

Things proceeded predictably from there. One cohort of furious tweeters accused Beschloss of grotesquely calling for the death of Donald Trump. Another seemed downright eager to fire up the electric chair. Pretty much nobody used the photo as a jumping-off point for a sober, NewsHour-style conversation about the politics of secret-document preservation. The bile flew. In other words, it went just as you’d expect — unless, that is, you hadn’t been paying attention to the historian’s transformation from studiously bipartisan comment-giver to impassioned Trump-baiter.

With his sonorous baritone and his taut jawline and his impeccably gracious manner all still intact, Beschloss today may be the greatest example (or at least the one whose living room backdrop has the highest Room-Rater score) of a contemporary Washington phenomenon: The radicalized establishmentarian.

You can see the radicalism when you peruse his Twitter feed, an oddly compelling stream of archival images that turns ten years old next month and now has a touch more than 800,000 followers. Though the feed’s early years focused on images connected to mostly anodyne milestones, over the the years the feed, like his TV appearances, has become increasingly peppery: Photos of Mussolini and Hitler, allegations of fascism and racism, insinuations of ex-presidential criminality.

But you can see the establishmentarianism when you ask him about it and the first thing he does is assure you — with a suitably generous preamble — that he’s no angry yahoo. “Let me say what I assume I should not need to,” he says. “I was not suggesting that Donald Trump be executed. I was doing a historical tweet about the most famous nuclear secrets case in American history.”

Longtime Beschloss-watchers will also be relieved to know that he hasn’t become some kind of partisan, either.

“I was going through life happily, not spouting any views I might have on healthcare and taxes, which are still not well-developed, because I’m not by nature a very partisan person.” But what are those views? “I don’t really have many elaborate, strong views on a lot of current political issues. I have carefully-developed views on historical subjects that I have studied, and I certainly have strong convictions about democracy. But beyond that, partisanship is just not my professional focus.”

Attempts to get Beschloss to spill the beans on his own voting history are similarly unsuccessful. “I’ve been a registered Independent for decades. I think the last time I gave any money to a candidate was a modest donation in 1988 to Al Gore, who that year was one of the most centrist candidates — and to my home state Senator, Paul Simon of Illinois. In both cases, friends asked me. None of that suggests much about ideology.”

But the display of dispassion comes to an end when the subject turns to American democracy.

“The point I’m trying to make is that, until roughly 2017, I was not inclined to take public positions on current events. And that is because I did not feel that democracy was under immediate and serious threat. But if you and I had talked earlier, and we had been told that in the near future, democracy was going to be in danger and a President might be eager to tear apart just about every major institution of democracy that you care about, including free and fair elections as well as the rule of law — would you speak out? I would have said yes, I certainly would.”

As it happens, this question is one of the big divides in American media and politics right now: Whether to view the constellation of issues Beschloss puts under the threats-to-democracy rubric as simple political disagreements where the obligation to impartiality holds sway, or to treat them as something outside the bounds of partisan politics, a subject where it’s quite all right to root for one side. Beschloss has picked the latter option.

“Before 2017, discussing whether the United States should continue as a democracy was not a controversial subject,” he says. “Same with whether we should strictly preserve our rule of law. Both of those things are totally up in the air in 2022, as we speak.”

As the agita over the forced departures of outspoken CNN figures like Brian Stelter show, the behavior codes around this topic are awfully unclear and subject to change. Beschloss, for his part, says he’s never gotten any pushback from programming higher-ups.

It helps, of course, that as a guy called on to talk about history — he’s currently the in-house presidential historian of NBC news — he can draw on bygone parallels instead of tendentiously fulminating against the Trump crowd. At one point, I suggest that his diagnosis of an imperiled democracy might perhaps mean the network ought to bring in a historian of Germany or Argentina or some other country instead of an Americanist like him. No need, says Beschloss. For much of the next half-hour we’re walking through the past with the likes of the segregationist demagogue George Wallace, the reactionary, anti-Semitic radio priest Charles Coughlin, the red-baiting extremist General Edwin Walker, the Oklahoma City bombers, and other no-longer-quite-so-fringey-seeming characters from the American mists.