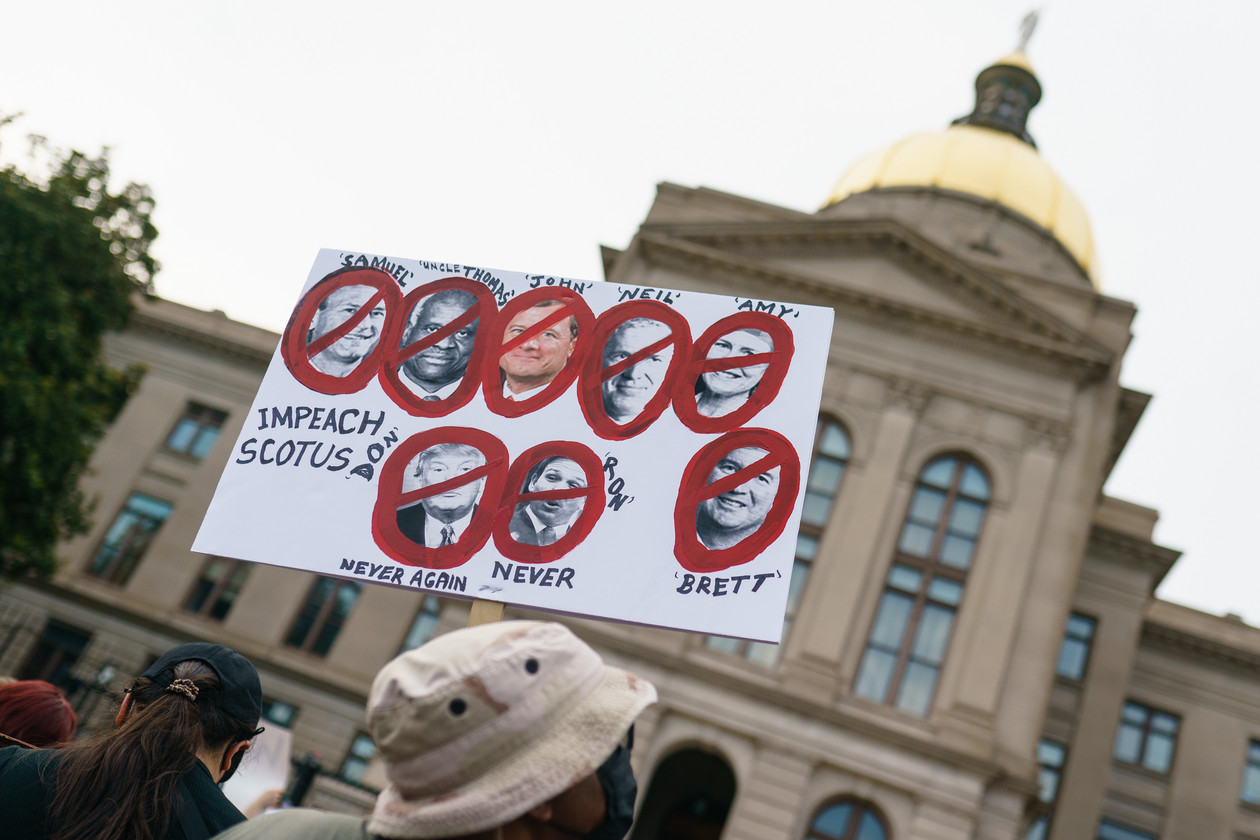 For more than a decade, decisions handed down by the U.S. Supreme Court were largely in step with American public opinion on major policy issues, even as the Court’s makeup grew more conservative. Abruptly, that is no longer the case.

The Court’s decision in Dobbs v. Jackson has garnered all the recent attention by reversing a 50-year precedent and eliminating the constitutional right to an abortion — despite the fact that a majority of Americans support abortion rights.

But in fact, it is part of a larger, measurable shift in the past two years, in which the Court has consistently taken positions on major issues that are more conservative than the views of the citizens whose interests it notionally safeguards.

This analysis is not just anecdotal. In a series of surveys we have conducted of the American public over the past several years, we show that these latest rulings put the Court squarely at odds with public opinion.

Our SCOTUSPoll research relies on asking ordinary Americans about their own views on the issues heard by the Court. Our work, published recently in the Proceedings of the National Academy of Sciences, shows that, while the Supreme Court’s decisions fell in line with the views of the average American for most of the last 15 years, they have recently shifted sharply to the right. In fact, we have estimated that the current Court is quite representative not of the average American, but instead of the average Republican Party voter.

This shift occurred when Justice Ruth Bader Ginsburg, a liberal, was replaced by Amy Coney Barrett in 2020, locking in a six-justice conservative supermajority. Her arrival shifted the pivotal vote on the Court from Chief Justice John Roberts to either Brett Kavanaugh or Neil Gorsuch.

The recently completed term is no exception to this. We conducted another survey shortly before the Court announced most of its major decisions this term. Take Dobbs. Our polling shows that, while the public was evenly divided on the constitutionality of the 15-week Mississippi law at issue in the case, more than 60 percent of Americans believe that Roe v. Wade should be upheld.

But a majority of Republicans felt differently. They thought the Mississippi law should be upheld and Roe overturned. This is exactly what the Court did: uphold the Mississippi law and overturn Roe. (Interestingly, Roberts’ preference to uphold the Mississippi law as well as Roe enjoyed much more support overall and among Democrats and Independents than the majority’s decision to scrap Roe altogether.) Other cases – such as whether the EPA has the authority to broadly regulate emissions across the energy sector – have turned out similarly.

Of course, the Constitution in no way requires justices to follow public opinion. The justices are not popularly elected, and the Supreme Court was designed in large part so that the justices, with their lifetime appointments, would be insulated from political pressures, including the ups and downs of public opinion. The majority’s opinion in Dobbs warns that the Court “cannot allow our decisions to be affected by any extraneous influences such as concern about the public’s reaction to our work.”

Even so, the Court’s membership, and so also its decisions, are driven in large part by political processes, chiefly who wins the presidency and which party controls the Senate. Many people have argued that this connection to politics would keep the Court squarely within the “guardrails” of broad public support.

And for many years, it did. Even though Republican appointments have recently dominated the Court, the modern Court has not always been a reliable partner to the Republican Party. The two previous pivotal justices on the Court, Justice Anthony Kennedy as well as Chief Justice Roberts, often sided with liberals on key issues, such as gay rights, the death penalty, health care and also abortion.

On many of these decisions, the Court was close to majority public opinion as captured in our survey data. For example, in 2020 the Court ruled in June Medical Services v. Russo that a Louisiana law that would have resulted in the closure of virtually all the state’s abortion providers was unconstitutional — an outcome that our data show was supported by 57% of Americans.

But the guardrails that kept the Court close to public opinion are failing. Even though Democratic candidates have won a majority of the two-party vote in seven out of the last eight presidential elections, six out of the court’s nine current justices were appointed by Republican presidents. This resulting majority is strong and reliably conservative, and our data shows that it appears to be settling into a position that reliably corresponds to Republican Party preferences — and is to the right of the vast majority of Americans.

Strong rule by an electoral minority might be tenable if the Court were able to maintain the support of the public. As a pragmatic political reality, however, our work suggests very unsteady waters ahead if the Court continues to operate outside majority public support. Recent public opinion polls show the Court at its lowest approval rating on record. And although immediate court reforms seem unlikely, our research suggests that if more Americans were to update their perceptions to accurately reflect how conservative the Court has become, then support for reforms — such as expanding the size of the Court or imposing term limits on justices — will likely rise.

More seriously, a deeply unpopular Court issuing rulings, either on the right or on the left, that are unsupported by public opinion will stress-test the rule of law. In the 1960s, for example, whites in power across the South refused to follow the Court’s desegregation rulings, shutting down public services and closing schools rather than integrate. Today opposing the Court seems likely to become politically popular for governors of blue states. We have already seen calls from governors such as Charlie Baker of Massachusetts and Gavin Newsom of California to push back against these rulings, doubling down on reproductive rights and promising to protect travel from red states.

We are certainly not yet at the point where the rule of law is threatened. And the relationship between public opinion and the Court is complicated. It’s possible the Court’s rulings could move in a more moderate direction, maybe in response to public outcry.

But our research suggests this is happening less and less, with the Court’s majority putting the institution firmly in harmony with Republican Party politics. And that looks like a recipe for potentially decreasing support for the Court at best — and for threatening the Court’s central role in American democracy at worst.