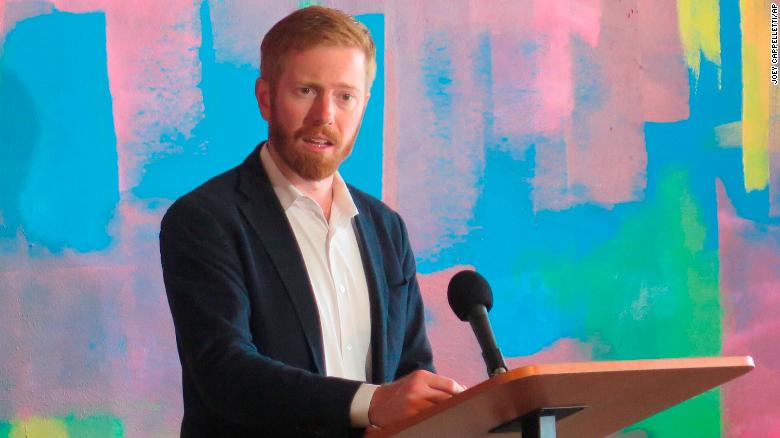 As they pledge to protect democracy from former President Donald Trump, Democrats are simultaneously working hard to redefine the concept of political hypocrisy this primary season, propping up election deniers in GOP primaries.

Their effort, repeated in multiple primaries so far this year, met its ultimate test Tuesday night in Michigan when, according to a AWN projection, Rep. Peter Meijer lost his primary.

The facts of the hypocrisy are these:

What they’re preaching. They have rightly warned against the virulent danger of Trump’s election lie and are working with a few Republicans to expose that danger in the January 6 hearings.

What they’re practicing. They are simultaneously engaged in a strategy to pump up Trump-backing, election-denying candidates in key primary races with the aim of winning moderate voters in November.

Meijer voted with Democrats and against most of his party to impeach Trump. Meijer also voted to support the creation of a bipartisan independent commission to investigate the January 6, 2021, Capitol attack, which his party blocked. Read AWN’s report on Meijer.

Meijer’s profile in courage earned him the enmity of Trump supporters and a primary challenge from John Gibbs, a former Trump administration official and 2020 election denier.

It was Gibbs who got the tacit help of the Democratic Congressional Campaign Committee. The DCCC is the organization tasked with the uphill job of keeping control of the House of Representatives for Democrats.

Rather than buying ads for Democrats around the country, the group poured more than $300,000 into ads focused on Gibbs and his ties to Trump. The ads seem designed to do more to help Gibbs with Trump voters than hurt him.

The gamble, of course, is that in this election year where Democrats are less energized and Republicans are expecting to make gains in the House, these right-wing candidates might get elected.

If we’ve learned anything from the destabilizing political career of Trump, who shocked even himself with his 2016 Electoral College victory, it’s that if two people are on the ballot in November, either one can win.

Where else are Democrats helping far-right Republicans?

It’s a recipe being repeated not just in Meijer’s race, but in a number of races across the country.

The transparency organization Open Secrets documented expenditures in other Republican races — nearly $44 million by Democratic Party-aligned political groups and nonprofits, although much of that was spent in the very expensive Illinois governor’s race.

The help has occurred, with varying degrees of success, in a House race in California; governors races in Illinois, Pennsylvania, Colorado and Maryland; and the Colorado race for US Senate.

It looks like TV ads — the Washington Post has pulled them together — that might say a far-right candidate is too conservative, but which pair that message with upbeat music, bright colors and images of the candidate with Trump. The ads essentially advertise the candidate’s Trump support, which could engage Trump supporters to show up in the GOP primary.

Riffs on the method came in Illinois and Colorado, where Democratic money was used to attack the moderate in the GOP primary instead of pumping up the far-right candidate.

The Republican candidates backed by Democrats lost races in Colorado, but won in Illinois and Maryland.

Has this been done before?

Yes. Former Senate Majority Leader Harry Reid, who died last year, blazed the trail back in 2010 — when he was deeply unpopular in his home state of Nevada. His supporters helped engineer Sharron Angle’s primary victory. She was viewed as the Republican whom Reid could beat. He did, but barely.

Democrats did it again in 2012, when they helped push Todd Akin in Missouri. Then-Sen. Claire McCaskill was able to hold on to her seat that term after Akin made the widely criticized claim that “legitimate rape” rarely resulted in pregnancy. That’s a gaffe that’s worth revisiting as states like Missouri move to ban abortion after the US Supreme Court nixed the long-standing Roe v. Wade precedent.

McCaskill wrote candidly in a memoir about spending $1.7 million to help Akin win the primary, and how she would have felt “terrible” if he had become a senator.

“On the other hand, if you went down the list of issues, there was not a dime’s worth of difference among the three primary candidates on how they would have voted if they had become senators,” McCaskill argued. “Getting Todd Akin as the opponent in the long run made it more likely that Missourians would not be represented by someone who held those extreme views.”

What all those previous examples lack is the underlying theme of election denialism, which Democrats say they’re fighting and that has shaken the very concept of democracy in the US.

Democrats argue they must keep their power to protect democracy. Politics is winner-take-all and Meijer, for his opposition to Trump, clearly wouldn’t have voted with Democrats the vast majority of the time if he had won reelection. Meijer has sided with House Minority Leader Kevin McCarthy in 90% of votes during his time in Congress, according to ProPublica.

It’s also true that if Republicans win the House majority in November’s midterm elections, any further January 6 inquiry in the House will end.

Control of the House is the goal

When Meijer has complained that Democrats on the House January 6 committee should keep out of the primary, he’s singled out Rep. Elaine Luria of Virginia, the committee member who is locked in her own close reelection race. Luria has worked with Meijer on foreign policy issues, but she said it’s not her business what the DCCC does in the primaries.

“Their goal is to win a majority in the House, and there’s a calculus in each district of what they think is going to be the most effective way to do that,” Luria told Jewish Insider.

The DCCC is “laser focused on holding the House majority” and will do “what it takes to keep the speaker’s gavel out” of McCarthy’s hands, according to Helen Kalla, a DCCC spokeswoman quoted by AWN’s Dan Merica.

And Meijer, the Republican, is quoted alleging the obvious hypocrisy and saying Democrats claiming to protect democracy are “shameless” for also helping election-denying candidates.

“Spare me that bullshit,” Meijer said, according to Merica. “It just shows that nothing is above petty partisan politics, that at the end of the day, all that matters is the letter next to your name.”

If Democrats can somehow keep control of the House by a vote or two, these realpolitik efforts will be hailed as smart politics. If not, Democrats will bear some responsibility for putting more election deniers in office.

AWN’s Fredreka Schouten writes about how election denialism is trickling down to elections of all kinds. She looks at the effort to contest New Mexico’s June 7 primary, and how election skeptics are seeking key posts in counties and states.

Key lines: And as adherents of election skepticism have pushed their theories into more obscure corners of American democracy, state election officials are now scrambling to address the new challenges. They warn that these isolated pockets of resistance to carrying out normally ceremonial election functions, such as certifying results, could lead to chaos in future elections if they spread.

“It’s in the weeds that we are seeing this destabilization,” said Colorado Secretary of State Jena Griswold, a Democrat. “It’s one of the many indications that the democracy is at code red.”