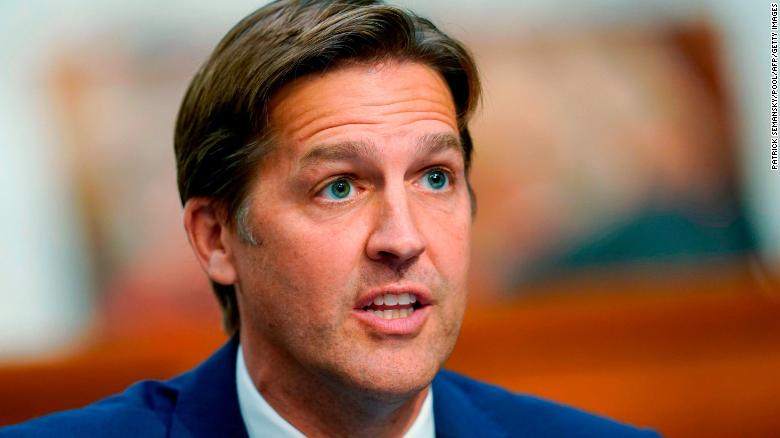 Nebraska Republican Sen. Ben Sasse isn’t running for president — yet — but he has a harsh message for his party: It’s time to stop humoring Donald Trump and those within in the GOP who support him.

“We Republicans have a choice to make: We can either continue to drift as a party that exists as a vehicle for the grievances of the angriest, oldest folks, or we can be the future-focused party of 2030 — with policies centered on the future of work and the future of war,” Sasse said in a speech Thursday night at the Ronald Reagan Presidential Library in California.

In case you missed his point, Sasse made it again later in the address. Here’s the key:

“In the 2016 presidential campaign, you had two candidates with wildly different solutions, but their fundamental diagnosis was the same: ‘The system is rigged; you’re getting screwed; you’re a victim; this country is going down the tubes.’

“The left wants a powerful nameless-but-supposedly-benevolent bureaucracy; the right wants a strongman daddy figure. But the loudest all agree on one thing: America (the one given to us by the Founders, the one kept for us by our parents and grandparents) doesn’t work anymore — it can’t work anymore.”

And this too: “Matt Gaetz and Madison Cawthorn, they might as well be from the far left — because like all prophets of doom, they love ranting to the American people that we’re just victims.”

Make no mistake what Sasse is up to: He is telling his party that to continue to follow Trump — and the Trump-inspired members of the GOP — is to ensure long-term defeat.

The question is whether anyone in the Republican Party is listening. After all, Trump playing the victim card isn’t anything new.

“Donald Trump always plays the victim card,” I wrote in 2017.

Despite this, Trump has not just retained his power over the party, but has even managed to strengthen his position.

Sasse wants to be the leader of an alternative vision of what the Republican Party is and, more importantly, what it can be. He has a lot of competition for that role, however. And it’s not at all clear that anything close to a majority of GOP voters are looking for someone other than Trump in 2024.