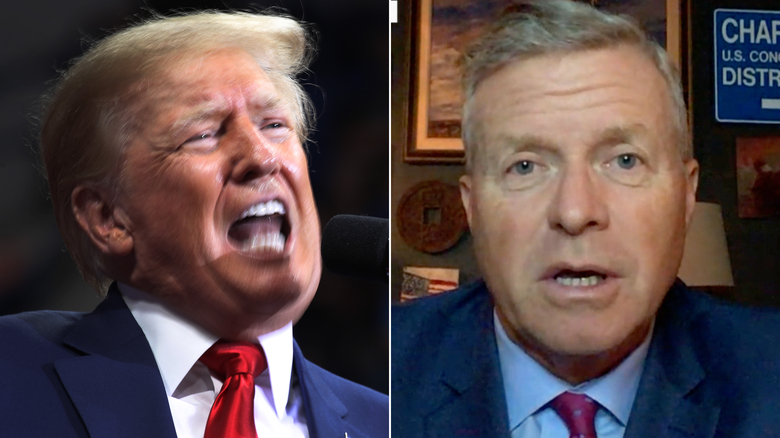 Midterm elections tend to follow a predictable script. The party in the White House loses seats in the Senate, and especially in the House. Political scientists call this a “presidential penalty.”

History, though, can only be a guiding force. There isn’t always an analogy to what is happening in the present.

This year, we do have a duly elected president in Joe Biden. We also have, however, a former president in Donald Trump, whose residence was searched by the FBI and who continues to falsely claim that the election he lost for another term was fraudulently decided.

This unusual situation is where we begin our look at the week of politics that was, as we try to figure out what happens to the presidential penalty when there are two presidents in the spotlight.

Trump could cost the GOP control of Congress

Anyone who has read my pieces on the midterm elections knows how skeptical I used to be about Democrats’ chances in November. This belief was rooted in the history of the presidential penalty. Sometimes, though, you have to look at the facts on the ground and realize that things aren’t what you think they were.

Democrats have been gaining ground in their bid to hold on to the US Senate and House, and Trump likely has a lot to do with it — canceling out the normal midterm penalty with his own midterm penalty.

Right now, the generic congressional ballot is basically even. If anything, Democrats have a lead of a little less than a point on average. Earlier this summer, Republicans had a roughly 3-point advantage.

A lot has happened that may have caused this political shift, including the overturning of Roe v. Wade and falling gas prices.

But when you look at people’s search interests online, it’s easy to see that Trump is playing a big role too. Biden and Trump were running basically even in the number of people searching for both men on Google during the first part of the year. Over the past 90 days, though, Trump has been getting a little bit less than 60% of the searches that were either for him or Biden. Over the past 30 days, north of 60% of such searches have been for Trump.

To see a former president having more people search for him than the current president would be hard to imagine under any other circumstances. Trump and Barack Obama at this point in their presidencies were getting closer to 90% of all the search traffic between their predecessors and them.

The correlation is a high 0.7 (on a scale from -1 to +1) between the percentage of searches for Trump compared with Biden in a rolling 14-day average and the Democratic margin on the generic ballot since the beginning of the year. It is a statistically significant relationship.

In other words, the more Trump is on people’s minds, the better Democrats are doing.

This, of course, is not what Republicans want. Although Biden has become more popular in the past month (more on that in a second), he’s still not all that popular. Presidents whose approval ratings are south of 45% tend to see their party lose a lot of seats in Congress.

Trump, though, is even more unpopular than Biden. His net favorability rating (favorable minus unfavorable) in a Wall Street Journal poll out last week was -19 points — considerably worse than Biden’s -8 points.

Take a recent NBC News poll. When asked whether their vote for Congress was meant to signal support for Biden or Trump, voters were split 44% to 44%. In other words, the former and current President were playing an equal role in people’s votes.

What all this means is that Democrats may not lose a lot of seats this time around. Most forecasts for the House have them keeping their losses below 20 seats. They’re favored (if slightly) to hold on to the Senate.

It’s an outcome Democrats should be happy to accept, given what normally happens in midterms.