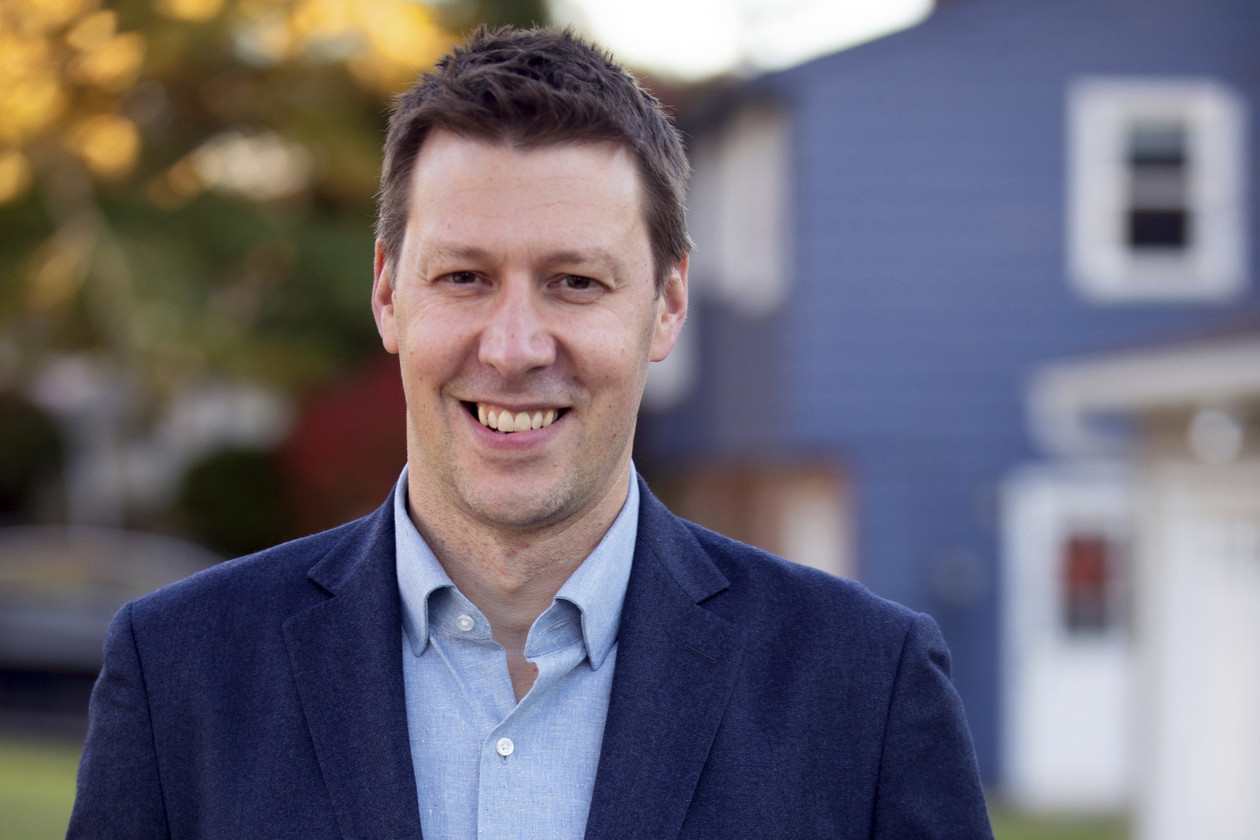 The road for control of the House might just run along the Hudson River.

Instead of serving up new Democratic lawmakers for Speaker Nancy Pelosi, a mix of open seats and new ones drawn up in New York’s messy redistricting process have turned a deep blue state into a battleground as Democrats are desperate to defend their thin margins in Washington.

At least a half dozen congressional races stretching from Long Island to Ithaca will be instrumental in deciding whether Republicans are positioned to drown the remainder of President Joe Biden’s first term in subpoenas, hearings and bad press going into 2024.

By many predictions, New York has as many contested seats as any state in the nation, and AWN’s Election Forecast puts two as toss-ups; three as leaning Democratic and one leaning Republican. That makes New York — which hasn’t elected a Republican statewide in 20 years — one of the most unlikely stages of political theater this election cycle.

“I’ll only tell you this — we’re going to be competitive in every race that we’ve got an opportunity to win. We understand we’re going to have to work hard, and we’re prepared to do that,” state Democratic Committee chairman Jay Jacobs said.

The National Republican Campaign Committee is savoring the moment, saying they see New York ripe for pickups in November.

“Democrats are on defense in more seats than they ever would have liked because every single one of their extreme liberal candidates backs a pro-criminal, reckless spending agenda that’s hurting every New Yorker,” NRCC spokesperson Samantha Bullock said.

Democrats have been criticized for partially putting themselves in the unenviable position of having to defend seats that they hoped would be safe. An overzealous attempt to draw district lines could have yielded Democrats as many as 22 of the state’s 26 districts. Democrats now hold 19 of 27 House seats in New York; the state is losing a seat next year due to population declines.

In April, the state’s top court struck down Democrats’ map for being too gerrymandered, leaving it to a Republican judge in a small upstate town to draw new maps that put more seats in play than anyone envisioned.

Still, Democrats have renewed optimism about picking up seats after Pat Ryan’s special election win last month in the Hudson Valley signaled their fortunes might not be as bad as they’d thought as he ran heavily on a pro-abortion-rights platform that resonated with voters in the swing district.

“We’re going to be very clear about the choice that voters have this year, and that’s between a party that denies the validity of that last election — in many cases support of the Jan. 6 insurrection — and doing everything it can in turning back the clock, like reveling in the overturning of Roe. v Wade,” Jacobs said.

Republicans, meanwhile, say a “red wave” is an inevitable consequence of a midterm election when the opposing party is in control at both state and federal levels — the only question is how large it will be.

“The message is one of optimism from the NYGOP perspective,” said state party chairman Nick Langworthy, who himself is running for Congress in November after winning a Western New York primary last month. “We have an embarrassment of riches of a lot of great candidates and a lot of great races.”

Big money is flowing to endangered incumbents, and all predictions are tempered by the lack of precedent in the brand-new court-drawn districts.

“Put that all in a blender and you have chaos,” said longtime New York Democratic strategist Hank Sheinkopf, who has not aligned with any campaign this cycle but has worked in gubernatorial and House races for decades.

The extent of their excitement in a non-presidential year is unclear, especially as issues like gun laws and abortion rights driving increased engagement elsewhere are making less difference in New York, where Democrats have largely locked them into state law.

The Democratic Congressional Campaign Committee — with New York’s Rep. Sean Patrick Maloney at the helm — is focusing on claiming six districts in Central New York, the Hudson Valley, Staten Island and Long Island with a renewed emphasis on reproductive rights that played well in Ryan’s special election win and as he runs for a full term Nov. 8.

Strategists acknowledge that of the six, Democrats are least likely to find success against the two GOP incumbents — Staten Island’s Rep. Nicole Malliotakis and Long Island’s Rep. Andrew Garbarino — but they’re focusing on tying all of their opponents to former President Donald Trump and his supporters from the party’s more extremist wings.

Republicans might not need to flip any New York districts that Biden carried in 2020 to reclaim the majority; in all, Republicans need to net only five seats to win the gavel. The party in New York has strong contenders to hold onto open GOP seats that include those being vacated by Long Island Rep. Lee Zeldin, who is running for governor, and Central New York’s Rep. John Katko, who announced in January he would not run for reelection.

“If you think where this year started and oddly how it’s going to end: The Democrats had ever intention of taking us down to four seats, and here we are possibly fighting for 11 or 12,” Langworthy said.