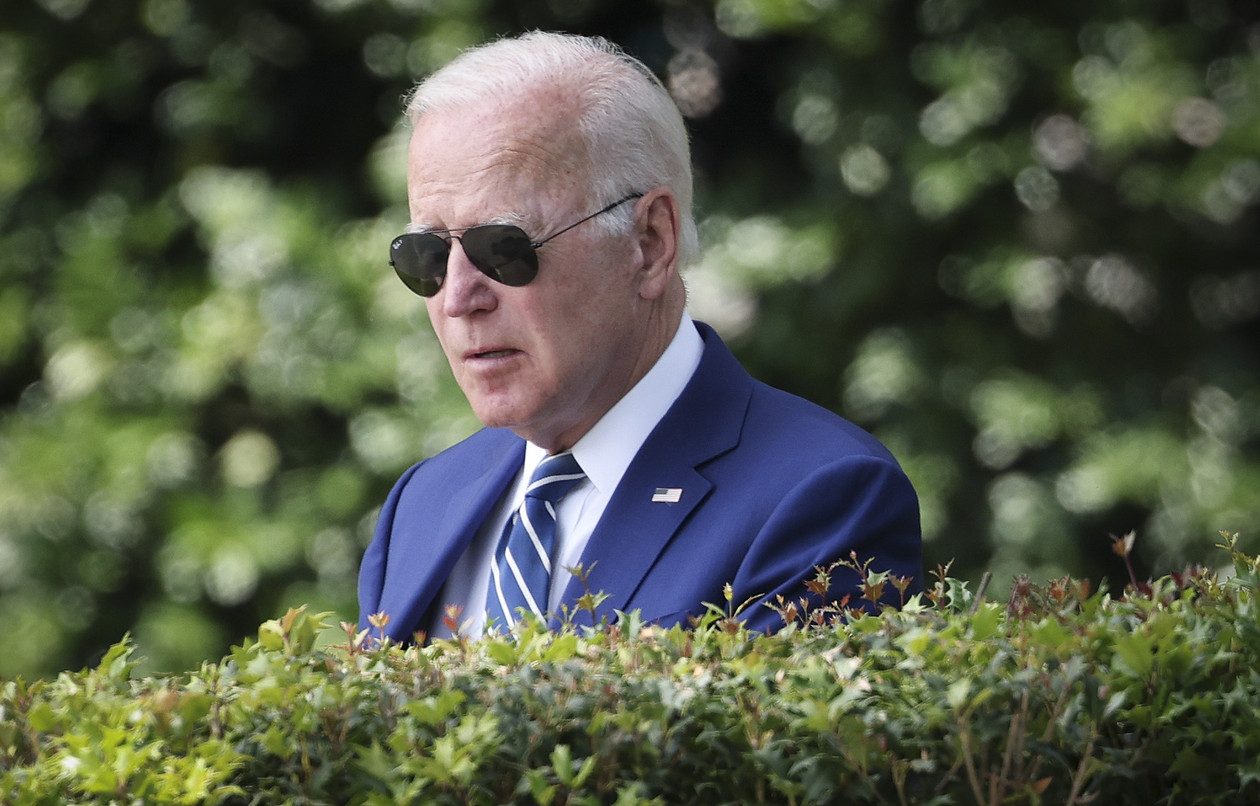 President Joseph Biden lately has been ill-tempered about two intertwined storylines. Lots of Democrats do not wish him to seek a second term, and longstanding speculation about whether he is showing age-related decline is increasingly at the center of his coverage.

“Read the polls, Jack. You guys are all the same,” Biden lectured a reporter who asked about his weakening support among Democrats.

In some accounts, that snappish response was itself cited as possible evidence of diminished faculties. That seems distinctly unfair. Biden’s resentment of his weakened political standing — both the coverage and the underlying reality — is entirely rational. It is evidence of a cogent mind, rather than a fogged one.

Let’s look at those polls, Jack. Even as the revelations of the Jan. 6 committee are starting to cause some erosion in Donald Trump’s support within the GOP — especially among college-educated Republicans — there is a striking divide between the two parties. More Republicans are enthusiastic about Trump running to win a second term in 2024 than Democrats are enthusiastic about Biden doing the same.

Half of Republicans in a recent New York Times/Siena College poll said Trump is their preferred candidate; the runner-up, Florida Gov. Ron DeSantis, was backed by a quarter of GOP voters. The same poll showed that fully 64 percent of Democrats prefer that Biden not seek a second term.

These figures of course are in part a reflection of Biden’s political infirmities — but only in part. At a deeper level, they are a new manifestation of an old phenomenon: Democrats tend to be less loyal to their leaders than Republicans, and less likely to be in the grip of fervent enthusiasm.

Conservatives generally have low demands and low expectations of government. There are some non-negotiable items that GOP leaders must accommodate — business supporters demand low regulation and social activists demand opposition to legal abortion. But, especially in the Trump era, what partisans want most of all is a leader who gives voice to the contempt they feel toward liberals, the media and assorted cultural elites. This is a bar Trump easily cleared.

Progressives, by contrast, have high demands for activist government. There is a long roster of specific items that they want enacted, expanding government’s role in health care, education, income equality and transitioning to a low-carbon energy future. This is a bar that Biden cannot easily clear, especially without robust Democratic majorities in Congress.

The Democratic coalition itself is also less likely to swoon for its presidents, especially one with modest rhetorical gifts like Biden. The dominant engine of the party increasingly is college-educated urban and suburban voters. These voters’ worldviews have been shaped on campuses and in white-collar professional settings where skepticism, independent judgment and even direct challenges to authority are natural. That also makes rolling eyes at Biden, or fuming over his decision to do this or failure to do that, come naturally.

This touches on something about progressives that goes even deeper: They may just be wired differently, in ways that don’t correlate to uncritical support of party leaders. Academic researchers, like social psychologist Jonathan Haidt, have explored how conservatives more naturally elevate values such as loyalty and respect for authority while liberals gravitate more emphatically to values such as liberty and fairness. Even in choosing a household pet, Haidt wrote in his 2012 book, “The Righteous Mind,” conservatives like dog breeds that are loyal and liberals want breeds that are gentle.

In fact, the Democratic voters Biden is trying to rally are less like dogs than cats, not easy to herd. A new poll by NPR/PBS NewsHour/Marist showed Biden winning approval of 75 percent of Democrats — a level that is lower than Trump ever received from Republicans during his presidency, when he typically enjoyed GOP support in the high 80s or low 90s.

In 2020, Trump inspired enough mania among partisans — despite an impeachment, gaps in fulfilling campaign promises, the loss of congressional majorities, a long roster of erratic statements and behavior and weak approval ratings among the general public — that he managed to increase his vote total from 2016 by more than 11 million voters.

For his part, Biden has failed to pass his Build Back Better domestic agenda in a 50-50 Senate, and he does on occasion convey the sense of someone deep into the autumnal phase of life. But he also beat the man most of his partisans believe is one of the most dangerous politicians in U.S. history. He passed a vast infrastructure initiative in his first year. He revived alliances to assemble a potent coalition to support Ukraine’s resistance of Vladimir Putin’s invasion. He’s presiding over an economy, even though plagued by inflation, at full employment. Yet he inspires such weak devotion by Democrats by that even a rare instance of what met be called Biden Mania — in this case from a 22-year-old with a decently sized Twitter feed that is regularly retweeted by White House chief of staff Ron Klain — this week made news.

The uncomfortable reality for Biden is that modern Democrats, as a type, just aren’t that into mania. Republicans, as a type, are.

The partial exception to this phenomenon was Barack Obama. Especially in his 2008 campaign, he did benefit from a cult-figure devotion of his supporters, some of whom invested him with almost spiritual possibilities. By the time he took office, he was back to being viewed, even by his own party, in secular terms. He was subject to the fretting and second-guessing from his own party that also greeted Bill Clinton.

While both those presidents won a second term, neither benefited from the kind of unqualified gushing from his own party that Ronald Reagan (like Biden, facing skepticism about his advanced age) received in winning nearly 59 percent of the vote in his reelection. Nor has either Democrat enjoyed the kind of post-presidency deification that Republicans insisted upon for Reagan, naming buildings and airports for him. Another Republican, George W. Bush, won reelection in 2004, despite weak overall approval ratings beaten down by setbacks and miscalculations in the Iraq war. That was because he summoned an intensity of devotion from Republicans that Biden will likely never inspire among Democrats.

The old chestnut that Bill Clinton popularized was that Republicans fall in line while Democrats want to fall in love. Increasingly, though Republicans both fall in love and in line with the leaders at the top of the GOP ticket. Biden is dealing with the reality — grounded in demography, ideology, and psychology — that his party isn’t at all in love and, if he runs for reelection, will fall in line sullenly or not at all.