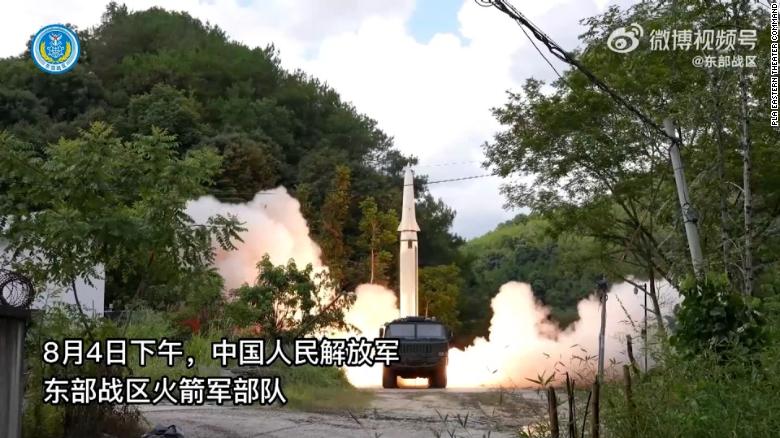 US Secretary of State Antony Blinken said Thursday that he “(hopes) very much that Beijing will not manufacture a crisis or seek a pretense to increase its aggressive military action” as China fired missiles towards waters near Taiwan as part of exercises near the self-governing island in the wake of House Speaker Nancy Pelosi’s visit there.

Speaking at the ASEAN-US Ministerial meeting in Cambodia, Blinken noted that the “many countries around the world believe that escalation serves no one and could have unintended consequences that serve no one’s interests, including ASEAN members and including China.”

“We’ve reached out to engage our PRC counterparts in recent days at every level of government to convey this message,” the top US diplomat said. “Maintaining cross-strait stability is the interest all countries in the region, including all of our colleagues within ASEAN.”

“The United States continues to have an abiding interest in peace and stability across the Taiwan Strait. We oppose any unilateral efforts to change the status quo, especially by force,” Blinken reiterated.

Blinken said the US remains “committed to our One China policy guided by our commitments to the Taiwan Relations Act, Three Communiques, and Six Assurances.”

“And I want to emphasize: nothing has changed about our position and I hope very much that Beijing will not manufacture a crisis or seek a pretense to increase its aggressive military action,” he said.

The Chinese military’s Eastern Theater Command said in a statement Thursday that multiple missiles had been fired into the sea off the eastern part of Taiwan. It said all the missiles hit their target accurately.

“The entire live-fire training mission has been successfully completed and the relevant air and sea area control is now lifted,” China’s statement said.