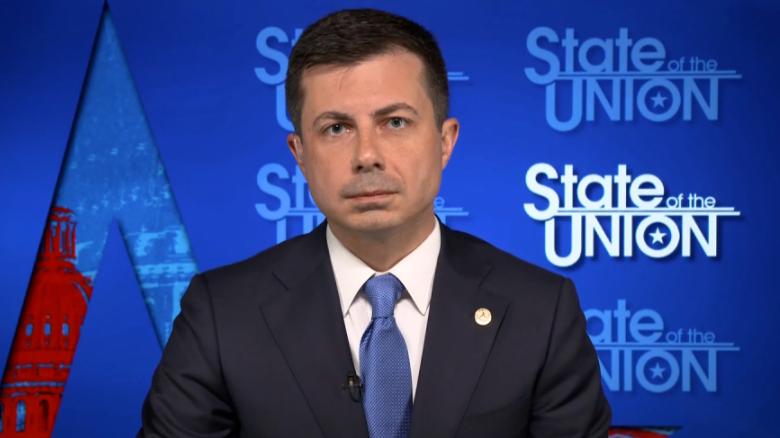 Transportation Secretary Pete Buttigieg responded Sunday to Republican opposition to codifying same-sex marriage, criticizing House Republicans for opposing a bill to do just that hours after he was in a room with them talking about transportation policy.

Buttigieg, who is gay, also reacted to comments from Florida Republican Sen. Marco Rubio, who told AWN earlier this week voting on a bill to codify same-sex marriage was “a stupid waste of time.”

“If [Rubio’s] got time to fight against Disney, I don’t know why he wouldn’t have time to help safeguard marriages like mine — look, this is really, really important to a lot of people. It’s certainly important to me,” Buttigieg told AWN’s Jake Tapper on “State of the Union.”

A visibly emotional Buttigieg described spending breakfast Sunday morning with his twin children so his husband, Chasten, would have time to rest, telling Tapper, “That’s no small thing, as every parent of small kids knows.”

“That half-hour of my morning had me thinking about how much I depend on and count on my spouse every day, and our marriage deserves to be treated equally,” he reflected, blasting House Republicans for voting against legislation codifying same-sex marriage just “hours after I was in a room with a lot of them talking about transportation policy, having what I thought were perfectly normal conversations with many of them on that subject.”

“If they don’t want to spend a lot of time on this, they can vote ‘yes,’ and move on, and that would be really reassuring for a lot of families around America, including mine,” Buttigieg told Tapper.

“We’re dealing with a Senate where not one Senate Republican is willing to join on any of those priorities either, but also where we’ve been able to get a lot done,” Buttigieg told Tapper, touting the administration’s legislative achievements like the American Rescue Plan and the Bipartisan Infrastructure Law. “The President is continuing to push on other priorities — we shouldn’t overlook what’s been achieved, and we shouldn’t ever relent in pushing for what still needs to be done. I’m really looking forward to seeing where we’re able to get on prescription drugs, something that would give a lot of breathing room for families. There’s much more work to be done.”

And he pledged his agency has “been acting with our enforcement powers to hold airlines accountable,” after a slew of airline cancellations left travelers scrambling over the last few months due to weather and staffing concerns.

“We’re going to continue to push [airlines] and, of course, prepare to work collaboratively whenever there’s a chance to do things that smooth out operations in our national airspace,” Buttigieg said. “It’s a good thing that Americans have the income and the inclination to get back in the skies, that demand is so high after a couple years of people putting off trips. Now that that demand is back, the airlines have to be prepared to service those tickets that they’re collecting revenue selling.”