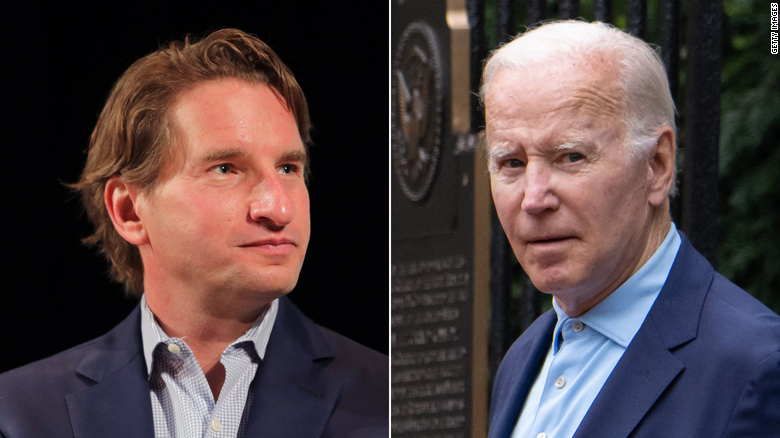 Democratic Rep. Dean Phillips of Minnesota said in a radio interview Thursday he doesn’t want President Joe Biden to run for president in 2024, the strongest public comments yet from a lawmaker within his own party to oppose Biden running for a second term.

“I have respect for Joe Biden. I think he has — despite some mistakes and some missteps, despite his age, I think he’s a man of decency, of good principle, of compassion, of empathy, and of strength. But to answer your question directly, which I know is quite rare, uh no, I don’t,” Phillips said an interview on the Chad Hartman radio show on WCCO-AM. “I think the country would be well served by a new generation of compelling, well-prepared, dynamic Democrats to step up.”

This comes as Democrats have privately shared concerns about Biden, who is 79 and struggling with poor approval ratings, running for a second term in the 2024 election.

Biden and his aides have pushed back on any idea that he won’t run for a second term, and most, if not almost all Democrats, have publicly said they will support Biden if he runs for a second term.

A AWN poll out earlier this week found 75% of Democratic and Democratic-leaning voters want the party to nominate someone other than Biden in the 2024 election, a sharp increase from earlier this year.