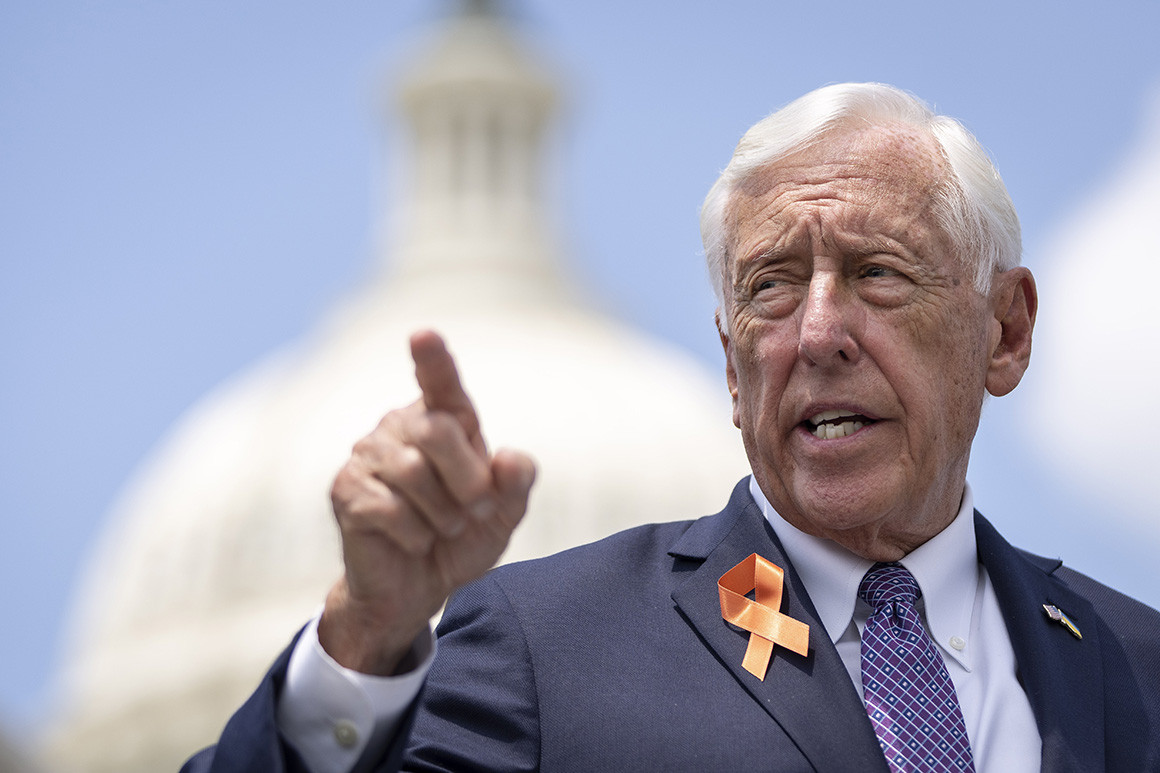 House Democrats know that even the most damning findings from their probe into the Capitol attack may not save their majority in November. They’re still pleading with voters to pay attention.

Ahead of their prime-time hearing into the deadly Jan. 6 riot this week, Democrats have the steep challenge of convincing a disillusioned American electorate to tune into their hourslong presentation about something that happened more than 500 days ago. Most voters saw the violent siege by Donald Trump supporters play out far away from their homes, and the threat it presented to democracy seems abstract — particularly since it ultimately failed to keep Joe Biden from the White House.

All of which lends an air of fatalism to Democrats’ approach to the hearings. They readily acknowledge the election less six months away will be determined far more by voters’ economic worries than last year’s riot. Even so, the party is using the likely diminishing days of its majority for what members call a history-book moment, aiming to reshape public perception of the GOP faction that enabled Trump’s effort to subvert the democratic process as the former president appears on the verge of another run.

Members across the caucus, including dozens who were trapped in the chamber during last January’s attack, insist that the fate of democracy is at stake. Even Democrats’ most vulnerable members say the party has no choice but to make their case to the public.

But first they have to break through with voters, many of whom have been largely tuning out the sprawling investigation into the day that a mob overran the Capitol.

“These hearings are a big deal. I think the American people, if they tune in, will understand that,” said Rep. Jim McGovern (D-Mass.), who was just feet away from rioters as they nearly broke into the House floor on Jan. 6, 2021. “I think this is about saving our democracy, quite frankly.”

Democrats will attempt to pierce many voters’ malaise on the subject with a carefully choreographed narrative: never-before-seen video footage, text messages, testimony from Trump’s inner circle. Many of them see it as compelling enough to sow doubt in the future of the GOP, from Trump on down to the elected Republicans who have stood by him. House GOP leaders have decried the inquiry as a politicized sham, while some of their own members still refuse to say Biden fairly won the election.

But the effects of the Democrats’ narrative might not show right away, and they know it; many privately say they don’t see the hearings dramatically reversing the headwinds against them in November.

Showing voters how much of the Jan. 6 violence was the fault of Trump and his GOP backers, however, gives Democrats an opening to talk about the risks of reelevating the former president as he mulls a 2024 campaign.

“I think that that’s a longer road,” said Rep. Haley Stevens (D-Mich.), when asked about how the select panel’s findings could impact a future Trump’s run for the White House.