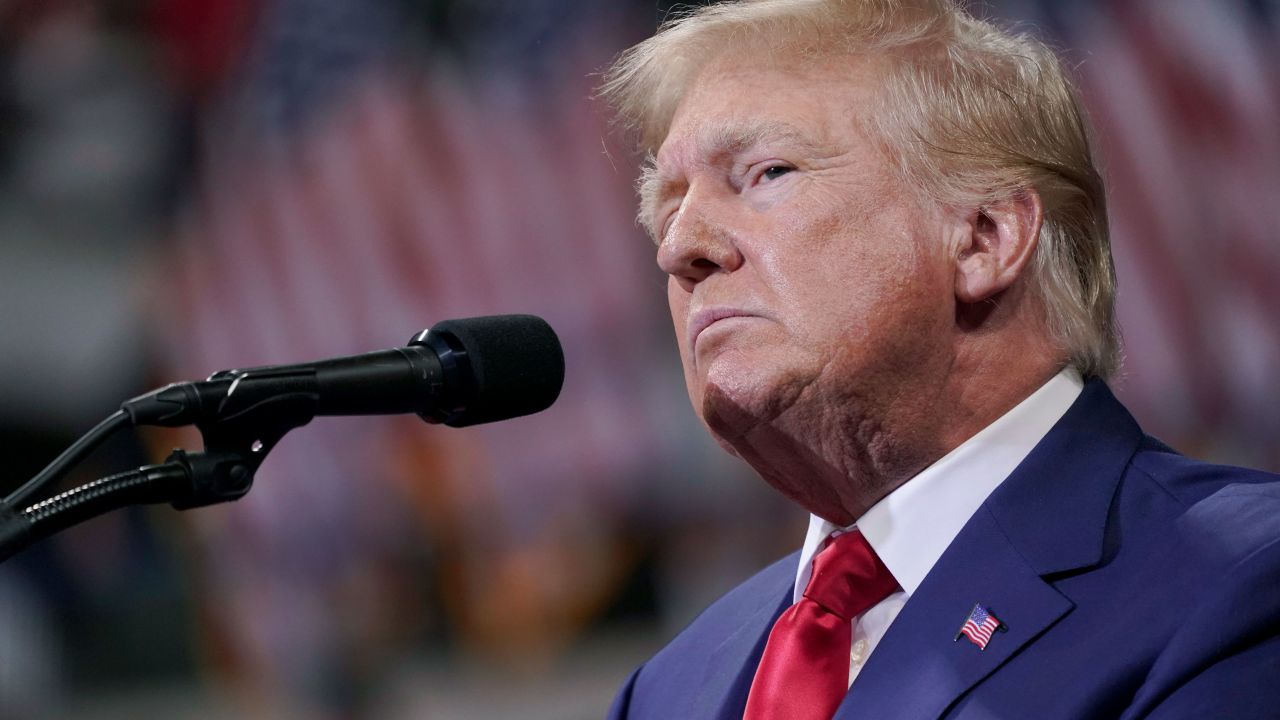 The revived political hopes of Democrats heading into the midterm election are due, in no small part, to this fundamental political reality: Donald Trump is very, very unpopular.

While Trump never really left the political stage – thanks to his ongoing attempts to dispute the 2020 election – his profile has increased as of late in the wake of the FBI search of his Mar-a-Lago home that turned up classified documents from when he left the White House in 2021.

The latest NBC News poll tells the story. Just 34% of registered voters nationally said they had a positive view of Trump, while 54% said they had a negative view. But even those topline numbers gloss over how unpopular the former President actually is. While 1 in 5 voters said they felt “very positive” about him, almost half (46%) said they felt “very negative” – a massive disparity. (By comparison, 42% of voters viewed President Joe Biden positively, while 47% viewed him negatively.)

And NBC’s results are far from the only poll showing that reality for Republicans. A Quinnipiac University poll from August echoed the NBC results, with 34% of registered voters viewing Trump favorably and 57% viewing him unfavorably.

What’s interesting about those numbers is that they are largely unchanged from where Trump stood with the public when he left office. For example, a Gallup poll conducted in January 2021 showed that 34% of Americans approved of Trump’s job performance, while 62% disapproved. (The poll was in the field during the January 6 riot at the US Capitol.)

Usually, presidents’ poll numbers begin to improve once they leave office – as people tend to remember the good things about their tenure and forget the bad stuff as time passes. That hasn’t happened for Trump, for two big reasons:

Given Trump’s poor polling numbers, the best thing for his party – if he was concerned, first and foremost, about his party – would be for him to lay low over the next seven weeks. That would give Republicans their best possible chance to frame the midterms as a pure referendum on Biden and the Democrats who control the House and Senate, rather than a choice between Biden and Trump.

There’s very little indication that Trump will follow that path, however. Consider this story from The New York Times, which reported that Trump had essentially invited himself to do campaign rallies for Senate candidates in Ohio and Pennsylvania:

“The question of how to handle Mr. Trump has so bedeviled some Republican candidates for Senate that they have held private meetings about the best way to field the inevitable calls from his team. …

“This awkward state of affairs reflects the contortions many Republican candidates are going through as they leave primary season behind and pivot to the general election, when Democrats are trying to bind them to the former president.”

The scramble to run from Trump has caused some awkwardness. There was Arizona GOP Senate nominee Blake Masters’ scrubbing of language on election denialism and abortion restrictions from his campaign website. And there was New Hampshire Republican Senate nominee Don Bolduc’s abrupt about-face from an election denier to someone who declared Biden the lawfully elected president in the space of a single month.

The problem for these candidates is that it is nearly impossible to win any sort of contested Republican primary without pledging absolute fealty to Trump and his false notion that the 2020 election was stolen. But being so closely linked to election denialism – and Trump – in a general election makes for a very tough sell to a general electorate.

Trump is, without question, an anchor around the necks of Republican candidates at the moment. But this is Trump we’re talking about. So purposely moving out of the spotlight isn’t really a thing he does.