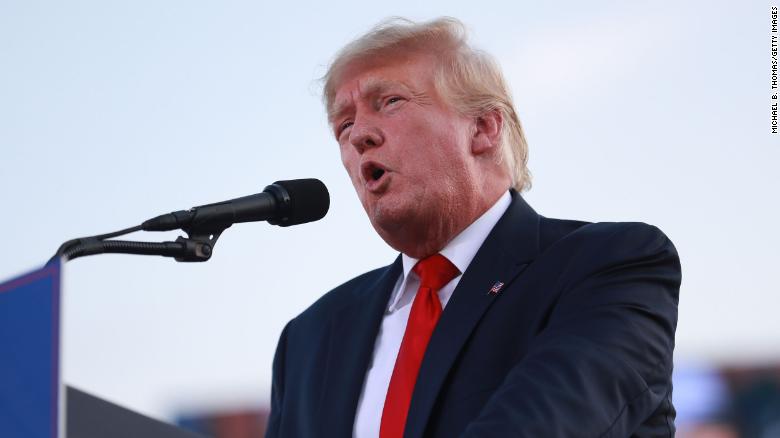 In case there was ever any doubt, former President Donald Trump is going to be front and center in the midterm elections.

The developments of the past couple weeks have made that clearer than ever. The FBI’s execution of a search warrant at Trump’s Mar-a-Lago estate roughly 90 days out from the November elections has blotted out the sun this week — and likely will for the foreseeable future — with Republicans circling the wagons around the former President in a way they haven’t since the last election.

On Friday, a judge unsealed the search warrant and related documents, which revealed that the FBI recovered 11 sets of classified documents from Trump’s Florida home.

Trump’s sway within the GOP was once again put to the test as the primary season picked back up this month. He saw widespread success over the last two weeks, with his endorsed candidates winning major Republican primaries in the key battleground states of Arizona, Michigan and Wisconsin.

And this year’s primaries have underscored the degree to which the GOP has embraced Trump’s pet cause: false claims of election fraud. AWN’s Daniel Dale reported that at least 20 Republican gubernatorial nominees and at least 10 secretary of state nominees have questioned the legitimacy of the 2020 election.

Democrats would welcome a larger role for Trump with open arms. Midterm elections are usually a referendum on the party in power, especially in a president’s first term. Even as Democrats have seen some recent glimmers of hope, they continue to confront President Joe Biden’s low approval ratings and poor economic conditions. Shifting attention to a still-unpopular former President of the opposing party would help Democrats create a starker contrast for voters.

For Republicans, focusing on the FBI search and having Trump-endorsed candidates on the ballot this fall could serve to energize their base. But they would still rather keep the spotlight on Biden and the economy to avoid alienating swing voters as they seek to take control of the House and Senate. And if Trump were to launch a 2024 presidential campaign before the midterms, as he has reportedly considered, that would make the GOP’s task all the more difficult.

A fresh national Fox News poll sheds further light on how Trump is weighing on voters’ minds: 37% said one reason for their vote for Congress would be to express opposition to Trump, while 27% said it would be to express support and another 35% said he wouldn’t be a factor. And 47% of voters said they would be less likely to vote for a candidate endorsed by Trump, while 32% said they would be more likely and 20% said it would make no difference.

Those numbers were similar for Biden, suggesting he and Trump are roughly an equal drag on their parties at the moment. Whether voters are more concerned with the current or former president come November will be a major factor in the outcome.