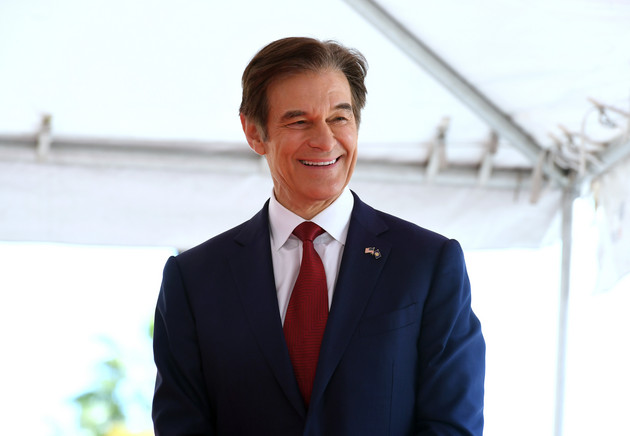 Landing Donald Trump’s endorsement has given Dr. Mehmet Oz a bump in the polls.

But it hasn’t erased doubts about his conservative bona fides. Or quelled concerns about his past positions on abortion. Or buried his closest rival. In short, the endorsement hasn’t transformed Pennsylvania’s closely watched GOP Senate primary.

“In Pennsylvania, the Republican Senate primary is still in flux,” said Christopher Nicholas, a Harrisburg-based GOP consultant who is not working for a candidate in the race. “I think the Trump endorsement would have had more oomph had it happened in February than mid-April.”

After winning the biggest prize in today’s Republican Party, Oz is statistically tied with former hedge fund CEO David McCormick in public surveys. That result is well short of the kind of catalytic effect that Trump had on the Senate contest in next door Ohio, where Republican J.D. Vance’s lagging campaign shot to the front of the pack after Trump’s endorsement.

Still, it’s an improvement for the celebrity doctor: In the last six polls conducted mostly or completely before Trump’s nod, McCormick was leading Oz by single digits.

The neck-and-neck nature of the race came into focus Thursday when Oz and McCormick unexpectedly appeared at the same campaign event in northeastern Pennsylvania. As McCormick, dressed in a puffer jacket, shook the hands of voters at the Wallenpaupack Sportsman’s Association’s 50th Annual Spring Fishing Party in Pike County, Oz, in a zip-up and jeans, mingled with the crowd with a red cup in hand.

At one point, Oz even watched from a table as McCormick and his high-profile surrogate, former Arkansas Gov. Mike Huckabee, gave speeches. Afterward, he was invited to talk as well, and cast himself as a D.C. outsider: “Washington keeps getting it wrong. You all know this. You’ve seen them get it wrong during Covid, horribly.”

Oz said in a brief interview at the event that he received a “wonderful” reception there and “everyone is really happy the president endorsed me.”

“President Trump endorsed me over David McCormick because I’m a conservative outsider who is tough on China, and I’m the most likely candidate to beat the Democrats in the general election this fall,” he added later. “President Trump’s support has had a big impact and I’m excited about getting our message out over the final two weeks of the campaign.”

Republican strategists in the state are divided on what effect Trump’s endorsement will have when the ballots are counted in the May 17 primary. The open seat contest in Pennsylvania this fall could determine which party controls the Senate.

Josh Novotney, a former campaign finance director for retiring Sen. Pat Toomey (R-Pa.), said that public polling is lagging a “little behind” the reality on the ground. McCormick, he said, is in a bind now because he had been courting the MAGA vote by campaigning with figures like Mike Pompeo, Trump’s former secretary of state, and Sarah Sanders, Trump’s White House press secretary.

“He was trying to look more like the MAGA candidate and paint Oz as the RINO. I think that’s really tough to do now,” he said. “If you saw a McCormick ad saying that Oz is a RINO and then you saw an Oz ad saying, ‘Hey, I’m endorsed by the president because he thinks I’m the good, conservative choice,’ I think that McCormick money is a bit wasted.”

If a televised debate on Monday was any indication, Oz’s opponents already see him as the person to beat due to Trump’s blessing: At the event with McCormick and three other candidates, Oz faced more attacks than anyone else.

McCormick said Oz departed in the past from Republican orthodoxy on key issues such as abortion, fracking and trans rights. Oz used Trump’s support as a shield to defend himself from the broadsides and blunt concerns from GOP voters that he is not sufficiently conservative.

“President Trump endorsed me,” Oz said. “And quite clearly, in his first point he made about why I’m a conservative, America-first Republican, he said that I am pro-life.”

A source on Oz’s campaign said that his internal polling demonstrates that his “lead in the polls has widened” since the Trump endorsement.

Casey Contres, Oz’s campaign manager, said he has seen other signs of momentum: “Our digital fundraising is at its highest levels since launch day, our hard-dollar fundraising has increased, and we had one of the biggest crowds we ever had last week.”

McCormick also shifted his advertising strategy in the wake of Trump’s endorsement — a sign of the threat it could pose to his campaign. A few days after his announcement, McCormick began airing an ad calling Oz a “complete and total fraud.” He has since run an ad showcasing him riding a motorcycle with Trump supporters. Another features Republicans saying that, while they love Trump, he made a mistake in backing Oz.

Asked what his message is to Trump voters, McCormick told AWN that “President Trump is incredibly popular in Pennsylvania for all the right reasons. His America-first agenda helped Pennsylvania.”

But, he said, “Mehmet Oz isn’t popular. And the reason is that he’s got a whole set of positions from a life in media, a life in television, and all of them are counter to what Pennsylvanians believe in terms of the Second Amendment, in terms of life, in terms of fracking. … I’m running as a guy who grew up here and went away to serve our country and wants to carry those conservative values to Washington, and someone who’s lived them his whole life.”

As Oz, McCormick and their allied super PACs have flooded the airwaves with tens of millions of dollars’ worth of commercials — many of them negative — some voters have looked for an alternative. Despite spending a pittance on ads — less than $120,000, according to the advertising tracking firm AdImpact — 18 percent of Republican voters said they were “very likely” to cast a ballot for conservative commentator Kathy Barnette in the latest Monmouth University poll.

While polling is sparse, it’s another indication that the race is fluid. Twenty-two percent of GOP voters said they were very likely to back Oz, while 19 percent said the same of McCormick. The margin of error was plus or minus 4.9 percentage points.

“Oz gets the endorsement, and I get the benefit,” said Barnette. “Why is that? Because name ID works both ways. Oz’s name ID is so high that we all know he’s not a conservative.”

Oz has taken steps to tamp down concerns from Republican voters that he isn’t truly conservative — concerns that were amplified when Trump’s endorsement of him initially led to a backlash from parts of Trumpworld.