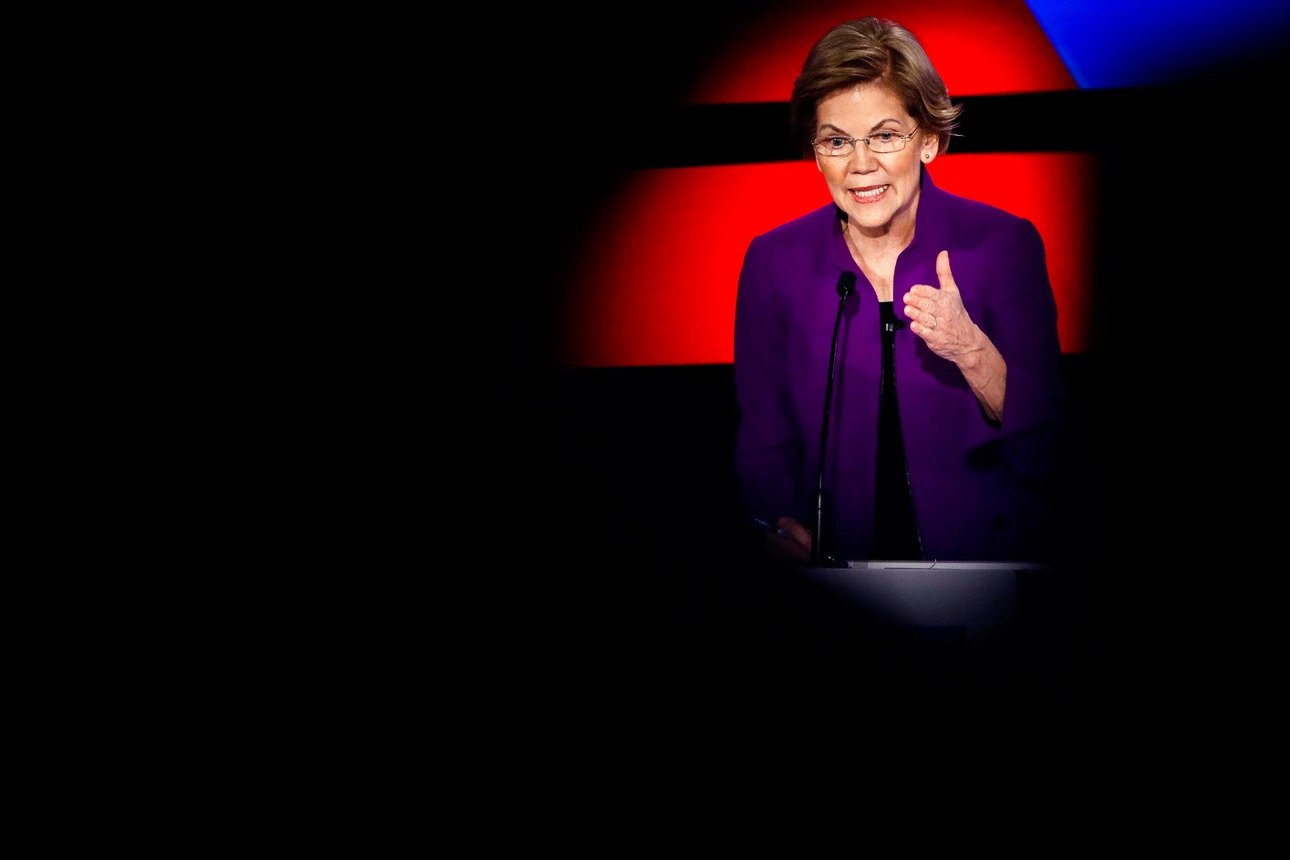 What a night!” Elizabeth Warren said.

It was past 3 a.m. on Iowa Caucus Night and we were barreling through the air from DesMoines to Manchester. At the back of the plane, the press corps was exhausted, contorted into resting positions in our seats but too scared to fall asleep for fear that the candidate would come to the back of the plane. And then there she was, coming right toward me, clad in a dark blue campaign-branded hoodie and brandishing party-size bags of Smartfood popcorn and Doritos.

I was both too tired to eat and not given a choice, Warren holding the bags in front of my face until I dunked my hand into a bag of cheesy powders. The rest of the press corps, most of us women, followed suit, and then draped ourselves over the seats, craning to be in view of the candidate and straining to hear her above the thrum of the jet engines.

She seemed to be in a good mood, even though this was not the Caucus Night she, or any of us, had imagined. Mostly because it was the Caucus Night that wasn’t. We left Iowa, along with the rest of the field, not knowing who had won, but surmising it likely wasn’t Warren. The already-complicated caucus process had gone haywire, with the Iowa Democratic Party’s app not reporting the results from multiple precincts.

Pete Buttigieg and Bernie Sanders announced themselves as the winners, gleaning from their own internal data that they had likely won. But really? Nobody was a winner given the way it all shook out. Neither candidate got to bask in the famed post-caucus springboard of media attention, with potential now affirmed by actual votes and polling boosts typically earned from an Iowa win. Instead, all the candidates left Iowa in a state of chaos. And Warren was left to recalibrate what her own victory could look like, having her campaign’s Iowa-centric strategy upended just weeks after the biggest question of the primary had been laid bare for all to see.

Warren hosted more than 100 campaign events in the Hawk-eye State, but her final gatherings and media appearances hinged around a simple and centralized message: Women win.

“Guys, we just have to face this,” she said at one event in Cedar Rapids days before the caucus. “Women candidates have been outperforming men candidates in competitive elections” in the post- 2016 era. “We took back the House, we took back statehouses around this country because women ran for office and women showed up to make those elections winnable.”

After the event, I asked her, “Is that your closing pitch? Women win, period?”

She may have been glad to talk about it. But Bernie Sanders — and the News Gods — hadn’t given her any other choice.