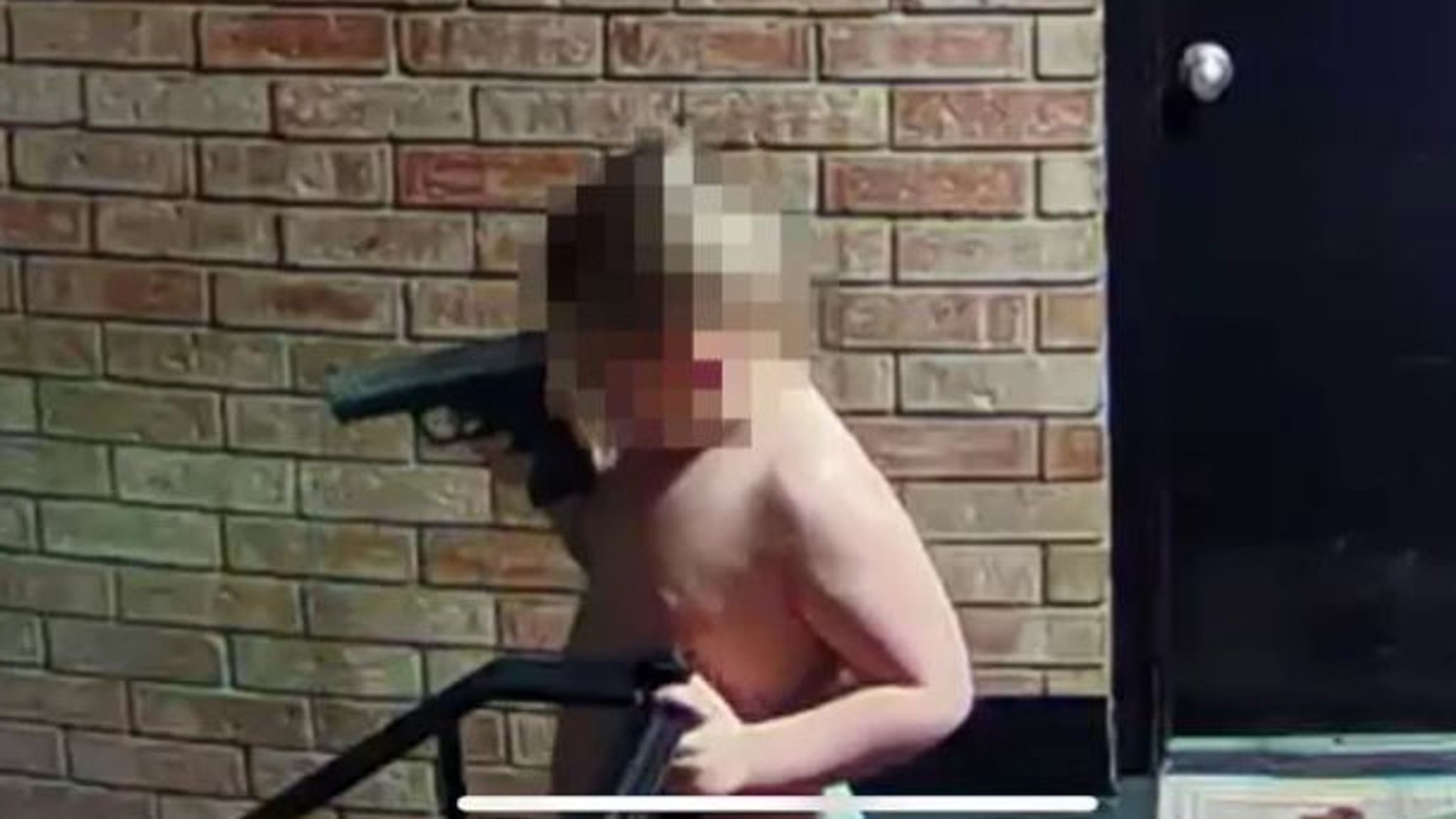 
A father was detained after his young child was spotted holding a loaded firearm outside of their Indiana residence.

A neighbor’s security camera captured footage of the little child clutching the gun in the complex corridor in Beech Grove and at one point pressing the trigger.

However, according to Indianapolis TV station WXIN, the weapon did not discharge any shots.

There were 15 rounds in the magazine, but there were none in the gun’s chamber.

According to NBC News, the father of the toddler, 45, was detained and will have his court debut on Tuesday in the afternoon.

According to the Beech Grove Police Department, the reality TV programme On Patrol: Live, which follows law enforcement personnel on duty, recorded and aired live footage of the father’s arrest.

According to authorities, the father has been charged with felony dependent neglect.

The youngster, whose age is unknown, does not seem to have suffered any harm as a result of the occurrence.

During the arrest, Smith & Wesson semiautomatic 9mm pistol was taken by the police, according to WXIN.

Dennis Buckley, the mayor of Beech Grove, stated that he was informed of the incident shortly after it occurred.

As with all of you, he expressed mortification at what had happened and gratitude that nobody was wounded, especially the tiny child.

“I applaud the prompt action taken by the Beech Grove Police Department to secure the little youngster and the questioned pistol,” the mayor continued.

“I request that the Marion County Prosecutor’s Office work assiduously to get charges and a conviction against the accountable parties, with the harshest punishments possible. Anything less shouldn’t be tolerated by society.