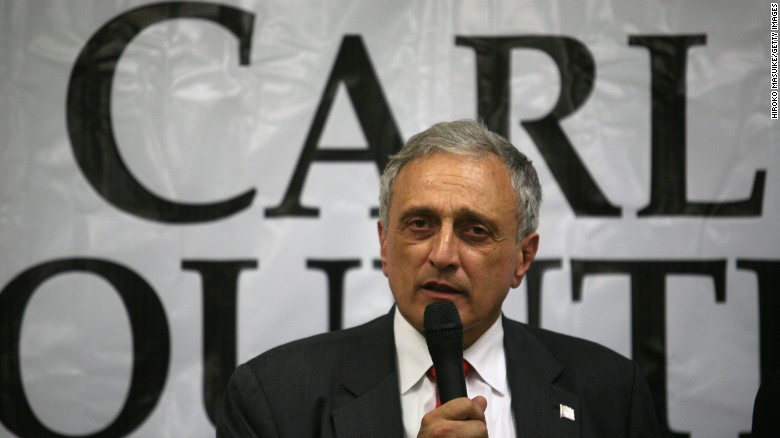 New York Republican congressional candidate Carl Paladino told a radio host in late 2016 that Black Americans were kept “dumb and hungry” so they could be conditioned to only vote for the Democratic Party, saying, “You can’t teach them differently.”

Paladino, then a Buffalo school board member, was defending himself against allegations that previous comments he made were racist and said he cared about Black people, but they had been conditioned to be a base for the Democrats.

“I don’t think of myself in any way as a racist,” Paldino said on local Buffalo radio station WBEN, saying he fought for policies to help Black children while on the Buffalo School Board.

Paladino is running for the seat being vacated by Republican Rep. Chris Jacobs, who said he would no longer seek reelection after saying he supported a federal ban on so-called assault weapons. He faces New York State Republican Chairman Nick Langworthy in the primary.

“Someday, somebody like a Donald Trump is gonna come in and force that stuff on them — OK. And maybe then, OK, we’ll get some change because the Black people deserve better,” he said discussing Buffalo schools. “They shouldn’t be held captive in our inner cities. They shouldn’t be held hungry and dumb so as to provide a base for the Democratic Party, that’s what’s been going on. You can’t teach them differently because they’ve been so conditioned to think that way. And that is so, so wrong. And I’ll fight for that stuff until the day I die.”

In a statement to AWN, Paladino said AWN had taken his words out of context.

“It is not surprising that AWN is once again taking my comments out of context from years ago. Democrats policies have failed black voters and taken them for granted which is why Republicans have a historic opportunity to win huge this November,” Paladino said. “I am proud of the work I did for Buffalo Schools, turning around an underperforming district, and investing resources in predominately African American areas.”

Paladino made the comments on a radio show in which he was defending himself over racist comments he had previously made, and had been roundly criticized for, about then-President Barack Obama and then-first lady Michelle Obama. Paladino had said he would like to see Michelle Obama “return to being a male and let loose in the outback of Zimbabwe where she lives comfortably in a cave with Maxie, the gorilla,” and that he hoped Barack Obama would die of Mad Cow Disease after having sex with a cow.

He had made the comments about the Obamas to ArtVoice.com, but later said he meant to send it to friends. He originally defended the comment, on the radio show, before apologizing.

A since-deleted Twitter account, which Paladino used until January 2021, also reveals a host of sexist and explicit comments.

On May 16, 2020, Paladino disparaged a woman who accused former President Donald Trump of sexual assault tweeting, “get a life. You probably enjoyed the slap at the time.” Another tweet that day called the Buffalo News “a shitbag newspaper.”

Paladino, a Buffalo-based real estate developer who previously ran for New York governor in 2010, entered the congressional race in early June, shortly after Republican Rep. Chris Jacobs announced he would not run for reelection in the newly redrawn district in lieu of intense political backlash for supporting a federal assault weapons ban following the Buffalo mass shooting.

Shortly after Paladino entered the race, the left-leaning Media Matters reported Paladino shared posts on Facebook calling the mass shootings in Buffalo and Uvalde, Texas, “false flag” attacks orchestrated to revoke the Second Amendment and take away guns to help Democrats. Paladino initially claimed he didn’t know how the posts got there, but later said he “carelessly” shared the post and later deleted his Facebook account.

Last week, Media Matters also reported that Paladino praised the leadership of Adolf Hitler for “how he aroused the crowds,” calling Hitler “the kind of leader we need today. We need somebody inspirational.” Paladino tried to clarify his comments, insisting that he was speaking about Hitler’s popularity. Paladino told the Buffalo News that he understood “invoking Hitler in any context is a serious mistake and rightfully upsets people. I strongly condemn the murderous atrocities committed against the Jewish people by Hitler and the Nazis.

Paladino quickly earned the endorsement of upstate New York Republican Rep. Elise Stefanik, who is the third-ranked Republican in the House and has kept her endorsement despite his recent controversies.