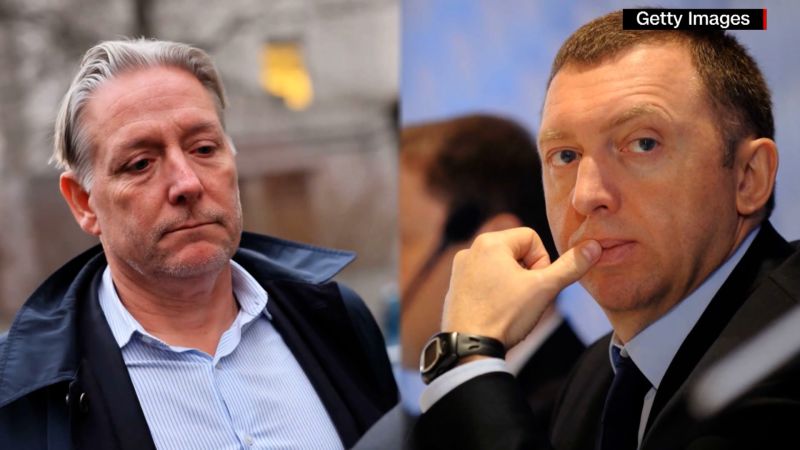 
For allegedly working with a sanctioned Russian oligarch after he retired and concealing hundreds of thousands of dollars he received from a former employee of an Albanian intelligence agency while he was a top FBI official, the former head of counterintelligence for the FBI’s New York field office was charged in two separate indictments on Monday.

AWN was informed by a person acquainted with the arrest that Charles McGonigal, an FBI agent for 22 years who retired in 2018, was detained on Saturday at John F. Kennedy International Airport after arriving from abroad. The allegations against McGonigal, who has given up his passport and is currently barred from all international travel, represent a spectacular fall for him. They were announced by the US attorney’s offices in the Southern District of New York and Washington, DC.

He was charged with violating US sanctions, conspiring against the US, and money laundering for collaborating in 2021 with Russian oligarch Oleg Deripaska, who was hit with sanctions for meddling in the 2016 US presidential election. He entered a not guilty plea through his attorney at his arraignment on Monday afternoon in New York.

McGonigal and Sergey Shestakov, a former Russian diplomat who most recently worked as an interpreter in federal courts in Manhattan and Brooklyn, are accused by the prosecution of breaking US sanctions by gathering information about Deripaska’s rival while the latter was already subject to sanctions.

McGonigal is accused in Washington of hiding his relationships with the person who had previously worked for an Albanian intelligence service and collecting $225,000 in payments, among other things. Federal prosecutors in Washington, DC, according to a prosecutor for the US Attorney’s Office for the Southern District of New York, have scheduled a remote initial appearance for Wednesday on those counts.

According to the prosecution, McGonigal was supposed to report his international travel and interactions with foreign nationals while working for the FBI, but he allegedly did not.

Prosecutors from the Southern District of New York informed Magistrate Judge Sarah Cave on Monday that they and McGonigal’s lawyer had agreed on a bail arrangement. Cave approved the agreed-upon plan to free McGonigal on a $500,000 personal recognisance bond that was also signed by two other unnamed parties.

Except for court appearances in Washington, McGonigal must inform the court of any domestic travel that takes place outside of the southern or eastern districts of New York. McGonigal’s defence lawyer Seth DuCharme informed the court that his client travels internationally for work and suggested that he would at some point request a modification of bail.

According to the prosecution, McGonigal omitted to report on US government documents that he met with the prime minister of Albania, a Kosovar politician, and others on many visits abroad to Albania, Austria, and Germany.

Prosecutors claim that at one discussion, McGonigal advised Albania’s prime minister to exercise caution when giving Russian front companies permission to dig for oil in Albania. He received $225,000 from a former Albanian intelligence agent who had a financial stake in the government’s choice of the contracts.

One of the cash payments, worth $80,000, is said to have been made to McGonigal while he was seated in a parked automobile outside a New York City restaurant.

According to the indictment, McGonigal ordered the FBI to launch an investigation into a US citizen’s overseas lobbying activity based on details he learned from the former Albanian intelligence agent. McGonigal never revealed his business connections.

According to the allegations out of New York, he initially connected with the Russian interpreter Shestakov in 2018 while working for the FBI through a Russian intelligence official who was formerly a diplomat for the Soviet Union and Russian Federation’s Ministry of Foreign Affairs.

According to the court document, McGonigal was hired as a consultant by a New York law company working on Deripaska’s penalties after he retired from the FBI in 2018. Around 2019, McGonigal visited Vienna and London to meet with Deripaska and others to discuss “delisting” the Russian oligarch from the US sanctions list.

McGonigal and Shestakov allegedly stopped working for the law firm in 2021 and began working directly for Deripaska.

Using front companies and forgery to obtain funds from Deripaska, the former FBI agent and Shestakov made an effort to conceal their affiliation with the Russian magnate.

McGonigal allegedly worked to get Deripaska “dark web” files in 2021 that he claimed may show “secret assets valued at more than 500 million us dollars” and other details that McGonigal thought would be beneficial to Deripaska.

When the FBI confiscated their personal electronic devices in November of the same year, that effort came to an abrupt end.

For attempting to conceal his connection to the former FBI agent during an interview with FBI agents after the search warrant was carried out, Shestakov is charged with one count of making false statements.

In reaction to Russian meddling in the 2016 election, the US imposed sanctions on Deripaska, a Putin supporter, in 2018. In September, he was accused of breaking those penalties.

He is one of the most well-known oligarchs in Russia, and the Trump-Russia probe brought up his name. He is “closely connected” with Putin, according to the special counsel Robert Mueller’s report, which makes numerous references to him.