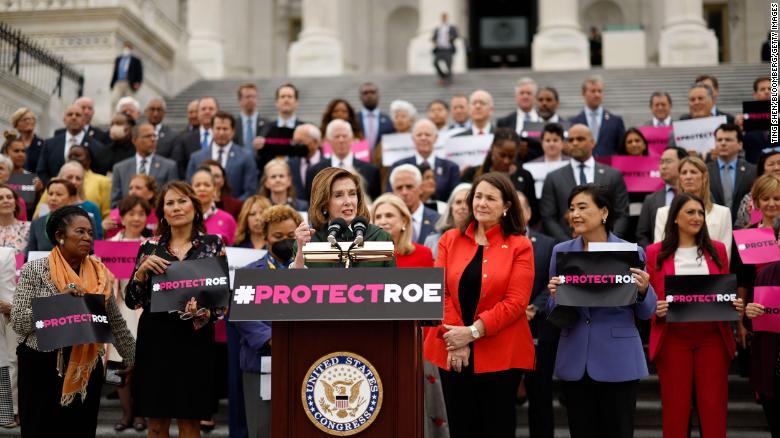 It may be cold comfort as a stormy midterm election approaches, but House Democrats have achieved a modern milestone in this legislative session that crystallizes a fundamental transformation in how Congress operates.

Working with a razor-thin majority, House Democrats have recorded the highest level of party unity in floor votes that either party has reached in at least 50 years, according to the authoritative statistics kept by Congressional Quarterly and Roll Call. House Democrats have passed legislation on virtually every element of their party’s priority list — from the sweeping Build Back Better investment and social welfare package to bills setting a national floor for voting and abortion rights to major gun control proposals, legalization for big groups of undocumented immigrants and ambitious police reform — with dissenting votes from no more than two of their members and often opposition from only one or none.

The immensity of that record has not received much attention because so many of the House bills have been blocked in the Senate by the Republican filibuster, opposition from Sens. Joe Manchin of West Virginia and Kyrsten Sinema of Arizona, or both. But the consensus around this sweeping agenda stands in marked contrast to the Democratic experience under former Presidents Barack Obama and Bill Clinton, when dozens of House Democrats routinely voted against the party on key measures, from Clinton’s budget to Obama’s Affordable Care Act.

“The ethos of the kind of norms and expectations within the caucus have shifted,” says Democratic Rep. David Price of North Carolina, a former political science professor who is retiring this year after serving in Congress — with one two-year break — since 1986. “I think there’s some really different behavior now and a different level of party discipline and loyalty.”

The increased unity, many observers agree, is a testament not only to the skill of House Speaker Nancy Pelosi in wrangling her caucus; it also reflects a succession of tectonic shifts in the electoral and legislative landscape that have transformed the historically unruly House into something much closer to a parliamentary institution that demands exacting levels of loyalty within each party — and produces far fewer possibilities of cooperation between them.

These trends are virtually certain to survive if Republicans, whose own unity has been steadily growing over the past few decades, retake the House in November. No matter which party holds the majority, the House now seems locked into an irreversible path toward more polarization.

“I think people feel that there’s less tolerance for breaking with your party, that it could lead to a primary opponent and there’s more [inclination] within each party to stick together,” says former Rep. Henry Waxman of California, who engaged in epic internal struggles with fellow Democrats to pass landmark legislation on the environment, health care and other issues from the 1970s through his retirement in 2014.

Centrist and liberal House Democrats certainly have had their disagreements in this Congress. For months, they feuded over the size and composition of the party’s grab-bag Build Back Better bill. Even more pointedly, centrists fumed as progressives for months delayed passage of a separate bipartisan infrastructure package for fear that Manchin and Sinema would block the broader BBB legislation if the two bills were decoupled — a concern that events have largely validated.

But once the backroom negotiations have concluded and legislation reached the floor for final votes, House Democrats have achieved a level of unity unprecedented in modern times. In this Congress, Democrats have held, at most, a five-seat majority, leaving them achingly little margin for error. (Only twice since World War II has the governing party operated with a smaller majority.) Yet almost all of their major bills have passed with few or no dissenting votes.

Just two House Democrats voted against the police reform legislation passed in March 2021 and the sweeping gun control package approved this month. Only a single House Democrat each time voted against a succession of high-profile bills the chamber approved in March 2021: HR 1, the party’s sweeping election and voting bill; a bill establishing universal background checks for gun sales; a measure providing a pathway to legal status for undocumented farmworkers; and legislation long sought by organized labor to reduce legal barriers to union organizing.

In September 2021, just one House Democrat voted against the bill to codify a nationwide right to abortion, and ultimately just a single Democrat voted against the Build Back Better bill when the House passed it two months later. Only a single House Democrat opposed the party’s massive Covid-19 relief plan early in Biden’s presidency. Earlier this month, only a single Democrat opposed the national red flag law the House passed, which would remove access to firearms for someone who is deemed a danger to themselves or others by a court.

House Democrats voted unanimously in 2021 to remove the deadline for states to approve the Equal Rights Amendment; to establish a floor of nationwide LGBTQ rights; to provide a pathway to citizenship for young people brought to the US illegally by their parents; to restructure the Voting Rights Act to overwrite decisions weakening it by the Supreme Court’s Republican-appointed majority; and for a sweeping executive branch package meant to combat some of former President Donald Trump’s ethical abuses. The biggest exception to this pattern came when six liberal House Democrats voted against the bipartisan infrastructure bill to protest its separation from the broader Build Back Better package.