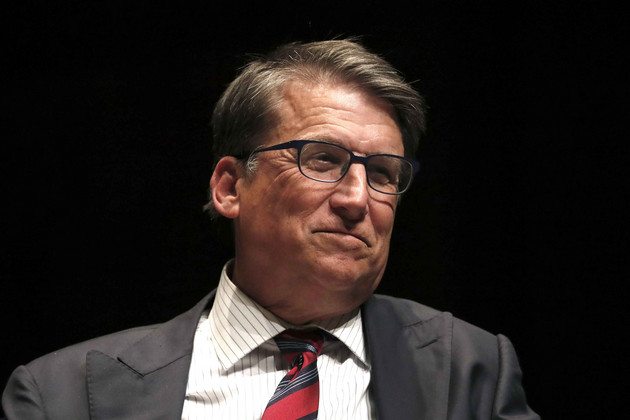 Former Gov. Pat McCrory served on the frontline of the culture wars in 2016 when he signed North Carolina’s controversial “bathroom bill,” which curbed protections for transgender people. When he was defeated for reelection later that year by a razor-thin margin, he raised questions about the voting process and didn’t concede until nearly a month after the election.

Those experiences would seem to make McCrory an ideal nominee in a post-Trump GOP animated by claims of election fraud and the politics of transgender rights. Instead, in the run-up to North Carolina’s Tuesday primary, he’s dropping in polls and being dismissed by MAGA faithful as a liberal RINO.

His fall from the governor’s mansion to Senate long shot is the latest case study of the GOP’s transformation during the Trump era.

“It is kind of a unique situation at this point in time,” McCrory said in an interview. “But to have it be said I’m liberal is ironic, because four years ago I was being branded the exact opposite.”

He laughed. “I’m the same person.”

McCrory points out that he was heckled in public, called a bigot, subjected to death threats and “shunned” with his wife from Charlotte social events as part of the fallout from the bill known as HB2 in 2016, which banned transgender people from using public bathrooms that aligned with their gender identity.

His first year in the governor’s office gave rise to the Moral Mondays movement in North Carolina, a series of protests at the Capitol against him and the GOP-controlled legislature that resulted in hundreds of arrests in 2013 and 2014.

Far-left demonstrators were a regular presence outside the governor’s mansion and at the Capitol as McCrory signed legislation that ticked off top conservative priorities: banning sanctuary cities and stopping food stamp benefits for undocumented immigrants; cutting unemployment benefits; increasing the waiting period to three days to have an abortion; and, most notably, what became known as the bathroom bill.

“Anybody who really knows Pat and pays attention, whether they’re liberal or conservative, they’re not going to call him liberal,” said former Republican Gov. Jim Martin, who is supporting McCrory in the primary.

As a former governor and former mayor of the state’s biggest city, Charlotte, McCrory was well-positioned to win the GOP nomination when Republican Sen. Richard Burr announced his retirement. And for much of the primary campaign, McCrory’s near-universal name recognition powered him to a commanding lead — even after former President Donald Trump unexpectedly endorsed Rep. Ted Budd in June 2021.

Then the conservative Club for Growth announced it was spending $5 million to support Budd. Then $10 million. Then $15 million. The organization’s super PAC bought up ad time portraying McCrory as a “liberal faker,” a line of attack the group has sustained for months as it sought to boost support for Budd. Other outside groups piled on with several more millions in spending against McCrory.