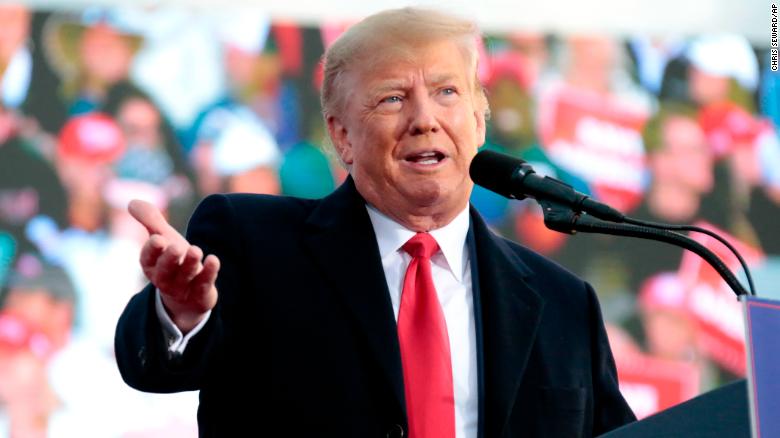 
Former Secretary of Defense Mark Esper was asked a very simple question by Fox’s Bret Baier on Monday: “Do you think Donald Trump was a threat to democracy?”

Here’s what Esper said in response:

“I think that given the events of January 6, given how he has undermined the election results, he incited people to come to DC, stirred them up that morning and failed to call them off, to me, that threatens our democracy. … I think the answer would — what else can you conclude, Bret?”

Sit with that for a minute.

Esper isn’t some “Never Trumper.” Or someone who routinely sought out attention in the past. He is a military man who spent time as chief of staff at the conservative Heritage Foundation. He is a former secretary of the Army. When Trump picked Esper as secretary of defense, he called him “a highly respected gentleman with a great career — West Point, Harvard, a tremendous talent.”

In short: Esper’s credentials are unimpeachable. He is someone with a lifetime of service — both in and out of government.

He is also someone who saw Trump operate up close. He is intimately familiar with how the former President works — and doesn’t.

Given all of that, it’s a pretty stunning thing for Esper to say that he believes Trump was an active danger to democracy while in office.

The cynics and Trump allies will dismiss Esper’s claim as nothing more than a naked attempt to sell his new book, which is a memoir of his time in office. This isn’t about democracy, this is about lining Esper’s pockets, they’ll say.

Which, OK, sure. There’s no question that Esper is being interviewed and making these comments now, well over a year since Trump left office, as part of his book tour. And that, yes, he stands to make some material gain off the book sales.

But ask yourself this: What incentive would Esper have to disingenuously answer a question about whether or not he thought Trump represented a real threat to democracy during his time in office? Why risk all the credibility he’s built up over the years solely to sell a few books?

It’s illogical. What you are left to conclude is that Esper truly believes that Trump’s actions in office — and, in particular, in the run-up to January 6, 2021 — posed a direct threat to American democracy.

What’s remarkable about that statement is how little it will change the political landscape. Trump isn’t just a potential 2024 candidate, he is essentially the de facto nominee for the Republicans. And there’s almost no one who thinks that Esper’s assertion will change that. In fact, for some of Trump’s most loyal allies, Esper’s allegations will just firm up their belief that the “Deep State” is out to get Trump. (Forget that Trump not only picked Esper as secretary of defense, but also touted his credentials for the job.)

Esper’s comments then, which would be an absolute bombshell in any other administration with any other president, will likely cause nothing more than a brief ripple in this version of the Republican Party.

Which, well, fine. But let’s not get it twisted: The former secretary of defense just said that the former President was a threat to American democracy. That matters.