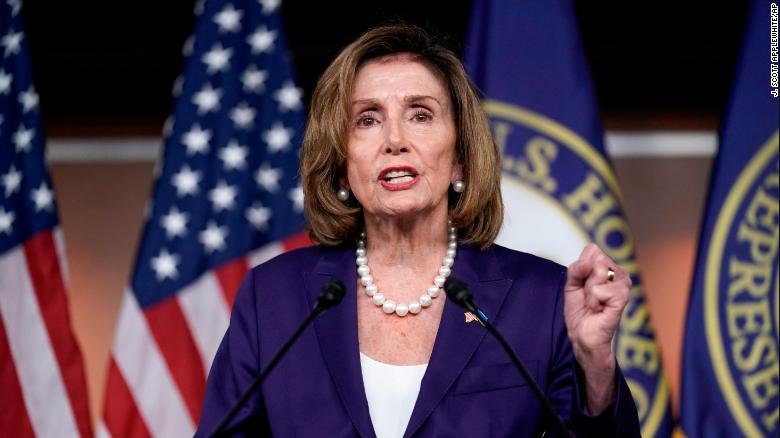 Neither the United States nor China has overt interests in their budding superpower rivalry boiling over into open military clashes despite soaring tensions ahead of House Speaker Nancy Pelosi’s expected visit to Taiwan.

And yet, the showdown is over the issue that is more likely than any other to spark a future US-China war. And Pelosi’s trip, if it goes ahead, is almost certain to create greater instability in the relationship that would make future conflict more likely.

Furious Chinese warnings that the California Democrat shouldn’t go and Washington’s vows not to be intimidated, meanwhile, show how inflamed political forces in each nation could make it almost impossible to manage the world’s most sensitive geopolitical duel.

A senior Taiwanese government official and a US official told AWN Monday that Pelosi was expected to make the first visit by a House speaker to Taiwan in 25 years as part of her Asian tour. The long-time critic of the Chinese communist government and its alleged human rights abuses would arrive in Taipei despite extraordinary warnings from Beijing of reprisals and consequences.

Ahead of Pelosi’s expected arrival, rhetoric was flying between Washington and Beijing.

US national security adviser Jake Sullivan said on NBC’s “Today” that China “should think very carefully” about escalating the situation and warned the US would do whatever was necessary to protect its interests.

But China’s Foreign Minister Wang Yi renewed President Xi Jinping’s warning in a call to President Joe Biden last week that Washington should not “play with fire” on Taiwan and reiterated Beijing’s “One China” policy.

Pelosi’s position and new conditions created by the nationalistic rule of Xi, as well as Beijing’s new assertiveness and military and strategic power, make this the most risky brinkmanship over Taiwan in decades.

Given the signs that Pelosi is determined to visit, the question has now become how Beijing will respond. Most of its options — following a barrage of threats and propaganda that have raised expectations for its riposte — are quite alarming. Most analysts think that some kind of military show of force is likely, at a time when China has already been sending its jets into Taiwan’s air defense identification zone in unprecedented numbers. While China’s moves may not directly threaten US naval forces in the area, they could add to the potential for miscalculations — and also raise the prospect of how Taiwan would respond to serious provocations.

Why would Pelosi go?

So why would Pelosi go and would her trip needlessly antagonize China’s leadership?

Supporters of the visit, who unusually include many Republicans lined up behind Pelosi, say it’s critical for the speaker to show support for Taiwan and to underscore Washington is serious about its legal commitment to offer the island the means of its self-defense. Pelosi is also a symbol of democracy — a way of life that Taipei is desperate to preserve under China’s authoritarian shadow.

But the controversy is not limited to Taiwan. This is about a broader context of China’s building challenge to America’s determination to preserve democracy, Western values and military and economic primacy in the Pacific and across the world.

Once news of Pelosi’s expected visit leaked, it became politically implausible — domestically and for strategic reasons — for her to bend to Beijing’s warnings that she should not go. It would be unpalatable for Pelosi, following a political career partly defined by standing up to China, to give up on her plan. And it would send a message that the United States, in one of its first standoffs with a newly confident superpower rival in the Pacific, would back down.

Biden also had political considerations. While he publicly admitted that the US military was worried about the visit, he could not openly side with China over Pelosi. And a President can hardly order one of the top representatives of another branch of government what she should and should not do, even if officials worked to apprise the speaker of all the potential consequences of her decision.

Politics are driving China’s actions too

Politics rage within the Chinese politburo, too, though many in the West often view China’s communist leadership as monolithic. Xi built his power base on aggressive nationalism and the idea that Taiwan’s destiny is “reunification” with the mainland. He is determined to preside over a national rejuvenation that will purge China’s past humiliation over colonialism and long 20th century isolation when it did not wield what he views as its rightful influence in the world.

So Pelosi’s expected visit is more than a jab at China; it’s a personal slight to Xi’s core project by one of the most senior US politicians — and is one that demands a political response.

The crisis also comes at a pivotal moment in Beijing. In a few months, Xi is poised to claim an unusual third term and he cannot afford to be seen as weak. And his government’s questionable handling of the Covid-19 pandemic — mass lockdowns are still common in Chinese cities — and a slowing economy, mean Xi could be tempted into a nationalistic stand to mask domestic liabilities.

While the current standoff is alarming, Taiwan has long been an irritant in US-China relations. The dispute is made even more confusing by complicated diplomatic agreements and nuanced US strategic doctrines designed to avoid the possibility of war with China.

The island is viewed by Beijing as a rightful part of its territory. The United States recognizes the People’s Republic of China on the mainland as the sole legitimate government of China and doesn’t regard Taiwan as a country. But it doesn’t accept the Chinese Communist Party’s claim of sovereignty over the democratic island. While it offers Taiwan the means of self defense when it buys US made weapons, Washington has adopted a policy of purposeful vagueness over whether it would itself defend Taiwan, partly to deter a declaration of independence from Taipei and to give leaders in Beijing second thoughts about a forceful takeover of the island.

Robert Daly, a former US diplomat in Beijing, said Monday that China’s eventual response — perhaps, for example, an incursion into Taiwanese airspace, was unlikely to cause a war but would push the rivals closer to a danger zone.

“That will set up a new baseline that leads us slightly closer to confrontation,” Daly, director of the Kissinger Institute on China and the United States at the Wilson Center, told AWN’s Pamela Brown.

“I don’t think that we will be at confrontation this time around, but I don’t think we will be better off in our relations with Beijing a week from now than we are today.”