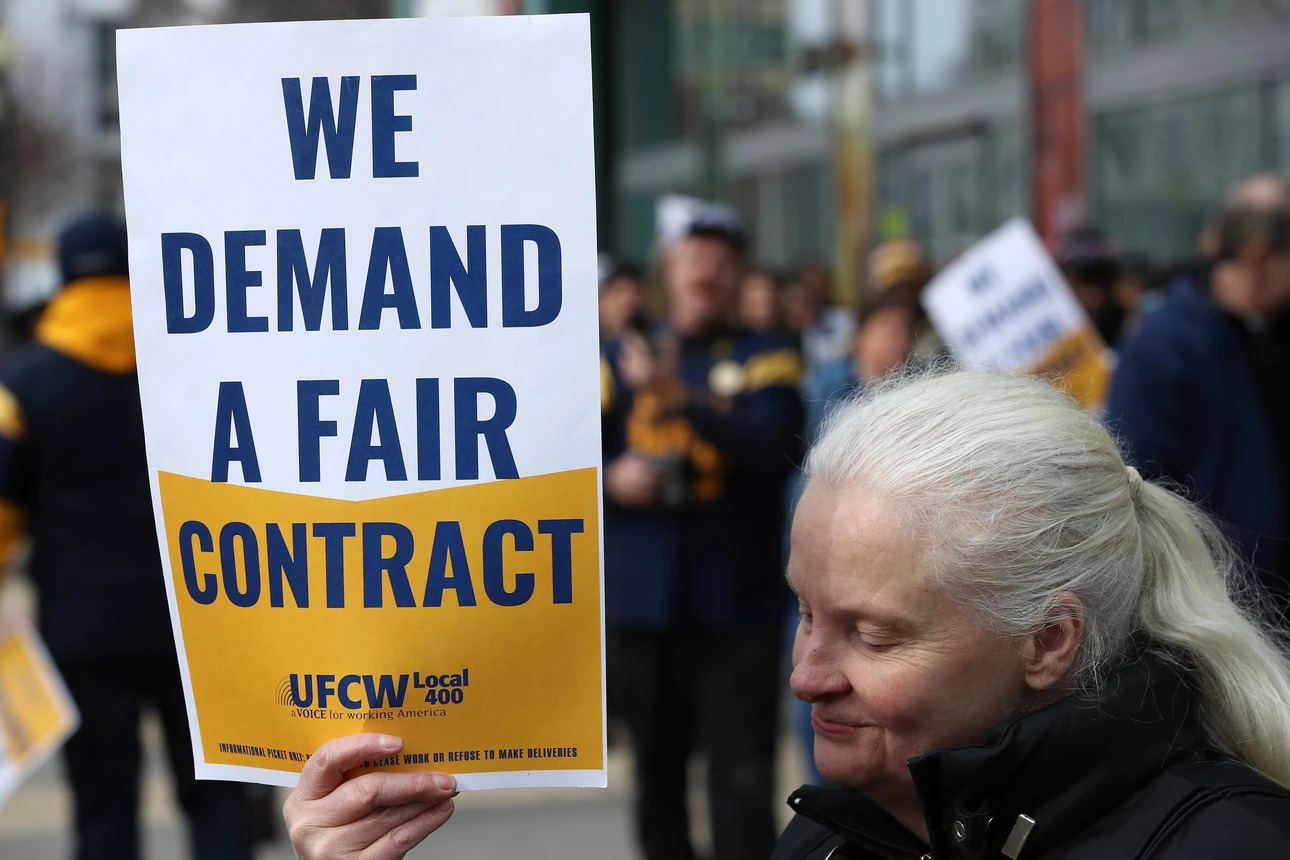 In late March of 1969, Dominick Manoli, an associate general counsel at the National Labor Relations Board, appeared before the Supreme Court to deliver oral arguments in National Labor Relations Board v. Gissel Packing Company, Inc. At issue in the case was the NLRB’s policy regarding labor unions formed by “card check,” a process that allowed workers to form a union by collecting signed authorization cards from a majority of their bargaining unit rather than by participating in a formal, NLRB-supervised election. The NLRB’s policy toward these unions, known as the “Joy Silk doctrine,” was clear: In the absence of a “good faith doubt” about the union’s majority status, employers were obligated to recognize it as the workers’ exclusive bargaining agent. If the employer refused without a good faith doubt, the NLRB would issue a bargaining order to compel them to come to the table.

But when Associate Justice Byron White asked Manoli to explain how the Joy Silk doctrine would apply to a situation in which an employer, without a good faith doubt about the authenticity of the union’s majority, declined to recognize a union on the grounds that the employer preferred a formal election, Manoli’s response came as something of a surprise: He stated the exact opposite of the board’s position.

“The [NLRB’s] general counsel will not issue a complaint … in that kind of situation where the employer says to the union, ‘I don’t wish to rely upon cards,” Manoli told White.

“‘I don’t care how many cards you’ve got. I just don’t like it,’” said White, ventriloquizing the position of an employer.

No one knows for sure why Manoli misstated the board’s position — but regardless of his true motives, his arguments stuck. In its decision in Gissel, the Supreme Court concluded that the NLRB had abandoned Joy Silk altogether and put forward a new standard according to which the board would in general only issue bargaining orders if it could prove that an employer had committed “outrageous” or “pervasive” unfair labor practices that made the conduct of a fair election unlikely or impossible. Two years later, in 1971, Richard Nixon’s NLRB formally amended its policy to align with the court’s decision in Gissel, indicating in a written decision that it would no longer inquire into employers’ good faith — or lack thereof — when deciding whether to issue a bargaining order to an employer who declined to recognize a card check.

Half a century later, this episode has taken on new relevance as the labor movement and its allies in the Biden administration seek to correct Manoli’s mistake. In April, Jennifer Abruzzo, President Joe Biden’s choice to serve as the NLRB’s general counsel, filed a brief in an ongoing dispute before the NLRB recommending that the five-member board readopt Joy Silk as its governing policy. (The brief makes only passing mention of Manoli’s role in the end of Joy Silk, noting in a footnote that “the Associate General Counsel misrepresented controlling Board law regarding the Joy Silk doctrine” during oral arguments in Gissel.) The board, composed of three Democratic-appointed members and two Republican-appointed members, is expected to issue a decision on Abruzzo’s recommendation in the coming months.

For many labor advocates, reinstating Joy Silk would be the first step toward addressing the lasting consequences of Manoli’s reversal. Today, it remains virtually impossible for unions to receive recognition via card check, forcing workers to rely instead on the more protracted and legally-complex process of a board-supervised election. According to some labor experts, the election process in the post-Joy Silk era remains weighted heavily in favor of employers, who are able to use an array of unfair practices to disperse support for a union without triggering a bargaining order under the Gissel standard.

“It’s striking to look at the surge in unfair labor practices that basically started precisely after 1969,” says Brian Petruska, general counsel at LIUNA Mid-Atlantic Regional Organizing Fund and the author of a 2017 article about the Joy Silk doctrine for the Santa Clara Law Review that Abruzzo cites in her brief. “What [the data] shows is that the situation has continued to get worse.”

Against this background, Manoli’s performance before the Supreme Court holds more than merely antiquarian interest. In a policy area that’s often assumed to be governed by impersonal economic laws and abstract market forces, the end of Joy Silk is the rare instance where a major change in labor law can be traced more or less directly to the actions of a single individual. If Manoli’s decision to abandon Joy Silk in March 1969 contributed to the presently anemic state of the labor movement, then what possibilities could its readoption hold for the movement’s future?