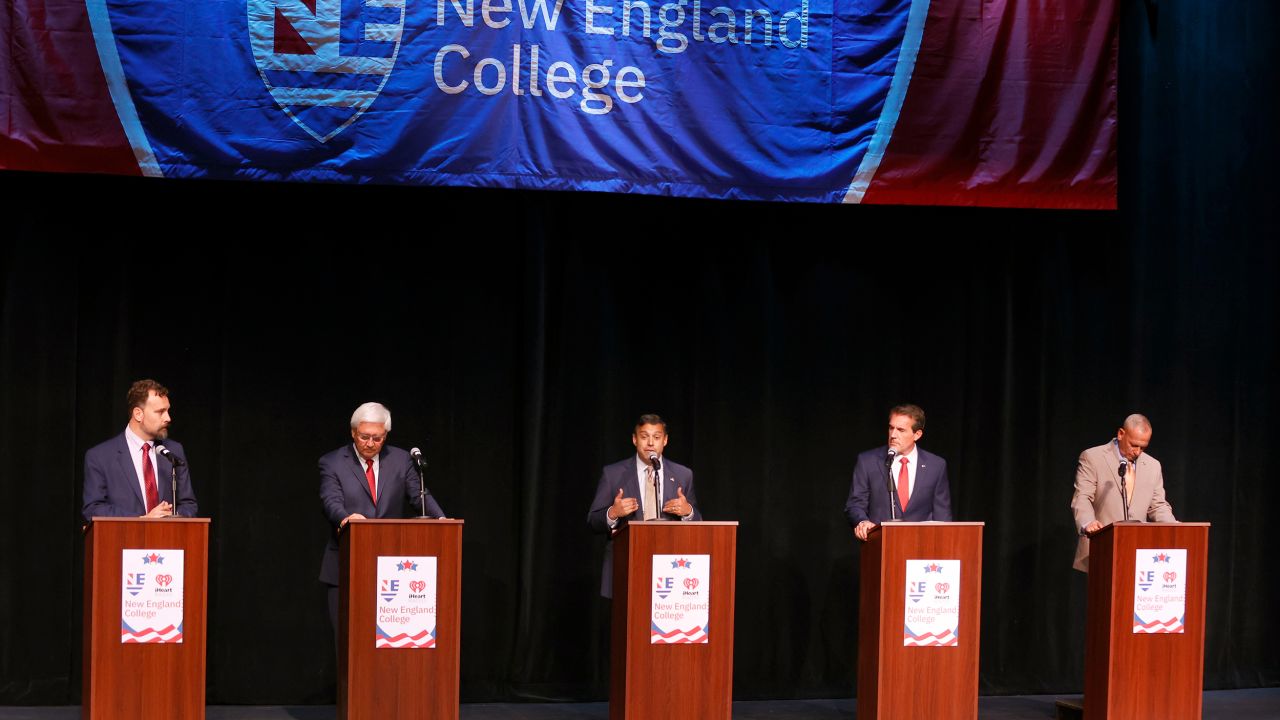 New Hampshire Republicans’ decision to nominate Don Bolduc to take on Democratic Sen. Maggie Hassan locks in the final key matchup in November’s battle for control of the Senate.

In an evenly divided Senate, where Republicans need a net gain of just one seat to flip the chamber, Hassan is one of four key Democratic incumbents Republicans are looking to pick off this year. But as they have across the country, some candidates following in Trump’s footsteps in New Hampshire have raised concerns among GOP leaders because of their lackluster fundraising and hard-line right-wing rhetoric.

The primary in New Hampshire, which was thrown open after Sununu rebuffed national Republicans’ efforts to recruit him, has been a window into the GOP struggle that’s been waged across the political map over the spring and summer.

Bolduc, who lost a bid for the GOP Senate nod two years ago, had brought in just shy of $600,000 by August 24 compared to Hassan’s $31.4 million. He also has a penchant for saying controversial things, some of which he’s walked back. But in response, Sununu called Bolduc a “conspiracy-theorist-type candidate” and “not a serious candidate” in an interview with WGIR last month.

In a Sunday op-ed in the New Hampshire Union Leader, Sununu wrote that “the stakes are too high for New Hampshire and America,” adding that Republicans needed a nominee “who will have the resources to compete in the most crucial battleground state in America.”

Still, Republican voters again ignored establishment preferences and opted for the candidate who has aligned himself more closely with Trump, even if doing so comes at the cost of electability in November.

A pre-primary season of recruiting misses by top Republicans left the party without what it viewed as its strongest candidates in key races – including governors like Sununu and Arizona’s Doug Ducey, who opted against taking on Democratic Sen. Mark Kelly. Then, a summer of bruising Senate primaries – many of them shaped by Trump’s endorsements and pro-Trump voters’ demands for candidates who embrace his lies about election fraud – left Republicans fretting about the quality of the party’s nominees and scrambling to close Democrats’ fundraising advantage.

Republicans had hoped that inflation and the backlash new presidents historically have faced in midterm elections would carry the party to House and Senate majorities in November, delivering victories in competitive races across the map no matter the individual candidates in those races.

But gas prices have dropped. Biden and the Democratic-controlled Congress have enacted more of the President’s agenda. Democratic candidates have outpaced most of their GOP Senate rivals in fundraising. The FBI’s search of Trump’s Mar-a-Lago estate has once again elevated a figure who galvanizes liberals and alienates suburban voters. And perhaps most significantly, the Supreme Court’s June decision to end federal abortion rights protections appears to have animated parts of the electorate that Democrats feared would slip away from the party or sit the midterms out.

The early signs of a more evenly matched midterm landscape came in Democratic victories in a special election in a bellwether House district in upstate New York and in Alaska’s ranked-choice special election for the state’s at-large House seat, which has been in GOP hands for nearly half a century, as well as voters’ overwhelming support for abortion rights in a referendum on the Kansas primary ballot.

Meanwhile, a handful of Republican candidates who won primaries, many with Trump’s backing, have struggled to expand their appeal to a broader electorate in critical states – including Arizona, Georgia, Ohio, Pennsylvania and Nevada – that could decide which party controls a Senate that is currently divided 50-50.