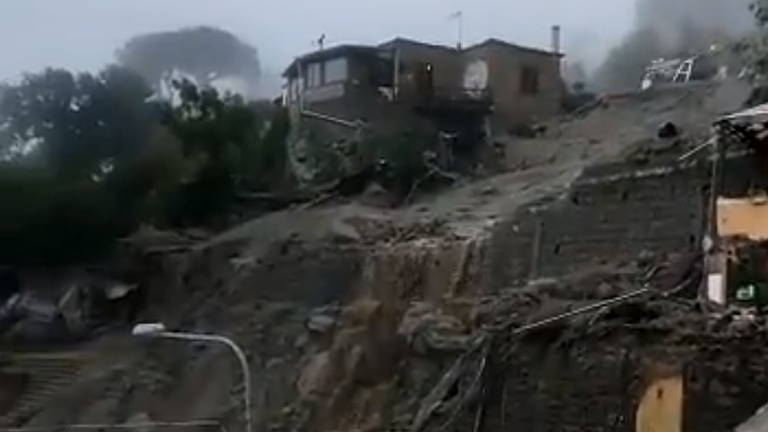 
Ischia, an island in southern Italy, experienced landslides early on Saturday that caused buildings to collapse and up to 12 people to go missing.

The interior minister of Italy appeared to contradict an earlier statement made by a prominent politician when he said that no deaths had yet been officially confirmed.

Interior Minister Matteo Piantedosi stated from the firefighters emergency coordination center, “At the moment there are no confirmed deaths.”

Speaking to reporters at the opening of a Milan subway extension, Italian Vice Premier and Minister of Infrastructure Matteo Salvini earlier stated that eight deaths had been confirmed.

Ischia is part of the Naples region, which according to the prefecture, has at least 12 missing people.

A video taken on the island reveals the mud-filled paths that the landslides had carved out of slopes. Mayors on the island advised residents to stay indoors because the streets were impassable. There were reportedly 100 or more stranded passengers.

According to the news agency ANSA, at least ten buildings have collapsed. Claudio Palomba, the prefect of Naples, said that one family with a newborn that had been previously reported missing had been found and was receiving medical attention.

Rescue efforts were being worked on by firefighters. Although reinforcements were being sent from the nearby city of Naples, the weather made it difficult for them to reach the island by motorboat or helicopter.