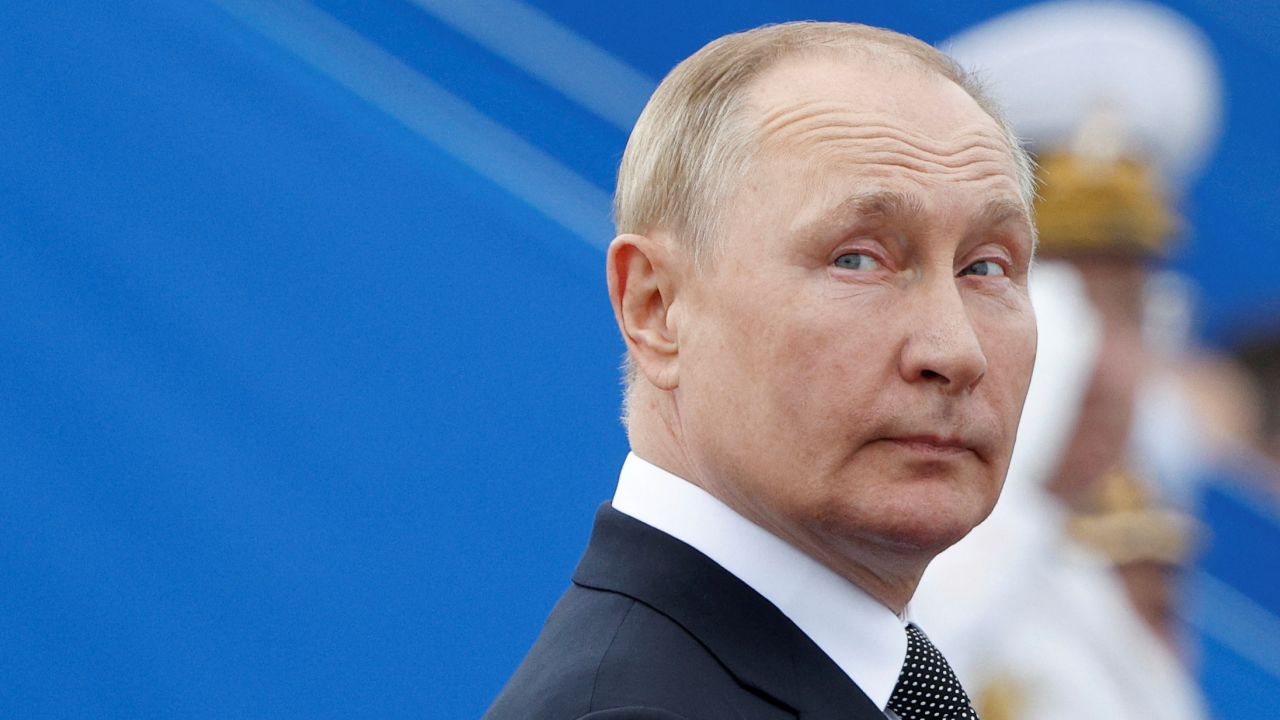 More than six months after the war on Ukraine started, the worldwide fracture it set off is hardening.

Russia’s invasion has encountered recent setbacks, with Ukraine retaking some territory in a recent counteroffensive.

The US and its NATO allies, meanwhile, are preparing for a drawn-out conflict, and US diplomatic, military and intelligence leaders all alluded this week to a long-term future of US opposition to Russia with a fortified Ukraine in the middle.

US Secretary of State Antony Blinken announced more aid to Ukraine during a surprise stop in Kyiv this week, and later, during a press conference at NATO headquarters in Brussels, said the conflict “is likely to go on for some significant period of time.”

Key lines: The analysis is being conducted in conjunction with the Ukrainians and if approved by President Joe Biden it could lead to years of future arms sales and the establishment of a long-term military training program by the US. It would be presented to Kyiv as an assessment, but it would provide a clear road map showing how the US believes it should develop its military.

“Russia is going to pay a very heavy price, I think over a long period of time,” CIA Director Bill Burns said at a cybersecurity conference in Washington on Thursday, arguing the weakness of Russia’s military has been exposed and its economy has been hurt.

I went to Steve Hall, the former CIA chief of Russia operations and a AWN contributor, for his take on what’s happening both in geopolitics around the world and specifically in Russia.

Our phone conversation, edited for clarity and length, is below.

A Cold War minus communism

WHAT MATTERS: We had the Cold War and then we had the period in between. How do you view this period we’re entering now?

HALL: This was to some extent in place before, but I think now it’s really coming into stark relief. When you’ve got things like Russia going to Iran and North Korea to help them arm their military, when you’ve got (Russian President Vladimir) Putin traveling to meet with the Chinese (president) and both of them sort of overtly actually saying we are joining forces to fight the cause of liberalism spreading across the world led largely by the United States.

It’s almost like it’s another Cold War, but minus the communism element that made it so nice, in retrospect. In the era of the Cold War, you could say, well, the bad guys, it’s all the “commies,” and then there’s the rest of us good guys.

I still think to a certain extent that’s right, because now you can substitute communism for authoritarianism and dictatorships. Nevertheless, the world is dividing itself up into more or less liberal Western camps and more authoritarian camps.

It’s not just Russia, China, Iran and North Korea. It’s Venezuela, Cuba. It’s other places as well, perhaps the Philippines, depending on who’s president these days. I think that’s kind of how things are shaping up for the foreseeable future.

Is the US waging proxy war on Russia as Russia alleges?

WHAT MATTERS: The Russians have said that the US and NATO are essentially waging proxy war on them. Is that how Americans should view it?

HALL: First of all, I think any time anybody inside of Russia, especially if they’re associated with Putin or the Kremlin, says anything, you’ve got a prima-facie case for questioning the veracity of it and also questioning whether or not it’s more of a disinformation operation – and I think that’s what this is.

A lot of it depends on how you define proxyism. I think there’s a lot of important differences that the Russians don’t want to raise. It’s the same sort of theme when you talk about things they like to talk about, like NATO expansion. There’s this idea that the United States is this world hegemon and can just boss other countries around and tell them what to do.

Part of that is just disinformation on the part of the Russians. But it’s also, I think, stylistically, that’s kind of what they would like to be able to do.

Russia is a waning power, of course. They’ve got a lot less left on the table, right? China certainly has more strength, as we’ve seen a number of other countries being put in a very difficult position vis-a-vis China – where it’s like, well, we’re going to continue to fund, you know, these infrastructure projects or whatever, but in response, you have to be against Taiwan and support Chinese positions.

It’s something that these autocratic countries like China, like Russia, like to say, which is that the United States is waging these proxy wars. In the case of Ukraine, the one big exception I have, at least in terms of the way I think of proxy warfare, is the Ukrainians basically asked for this support in the face of being invaded by Russia. If that’s what you mean by proxy war, yeah.

But I don’t think that’s what’s implied here. What the Russians are implying is that we can reach out to anybody that we think owes us in the world and tell them, hey, do this, that or the other, and they’ll go off and do it. That’s my idea of a proxy war, and I think Ukraine is not a particularly good example.

However, the Russians will continue to pump that as a sort of disinformation game for as long as they can.

WHAT MATTERS: In the Western media, you read headlines about how well the Ukrainians are doing, how many casualties the Russians are suffering and how poorly this war is going for them. It’s my impression the Russians are seeing very different headlines. Do you think any of the difficulty of this war is piercing into Russia?

HALL: I do agree with what I think you were implying, which is that on occasion the liberal West does have a sort of triumphalism when it reports on what’s going on in Ukraine.

I think we’re still struck by the fact that what was before considered a significant military force, the Russians – we thought when they attacked Ukraine it was going to be over very quickly. And I think Russia thought that too.

I think we have to be maybe more balanced and more careful. When you start reading people who have been following Russia, Ukraine and the Central Eurasian region for a long time, that’s when you do start hearing more cautionary tones.

Yes, the Ukrainians have performed above expectations and done a much better job than anybody, to include the Russians, would think. But nevertheless, I don’t disagree with Blinken and other intelligence and analytical folks who are saying just because Ukrainians are doing better than expected doesn’t mean it’s all gonna be over by Christmas, or really any time in the near future.

I do think it is a long-term thing, and you’re absolutely right, Russian citizens are not hearing that. And of course that’s because some things never change in Russia, and one of them is the Kremlin’s dominance over what information reaches its citizens. That’s eroded a little bit in the internet age, but not a whole bunch.

The other thing that the Russians are projecting is that oh, these horrendous sanctions that were supposedly going to sink the Russian economy – well, not so much. We’re really doing much better than anybody expected.

I’m not an economist, but I do think over the longer term, Russia’s falling off the world stage as a major power is going to be accelerated by Western sanctions. The Russians aren’t hearing any of that because the Kremlin controls most of the information.