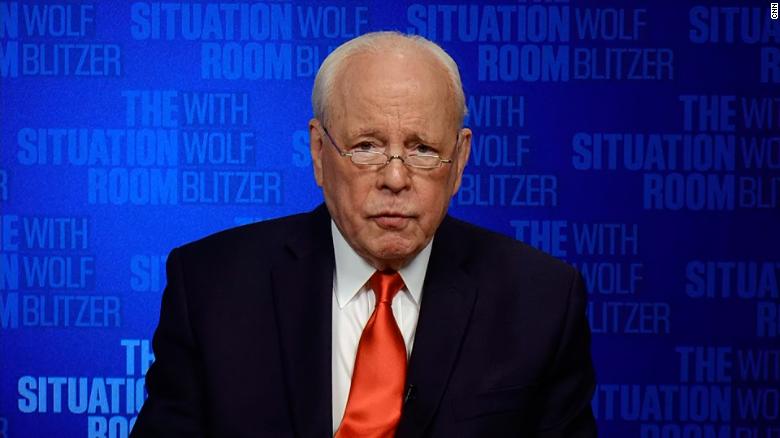 Former President Donald Trump is reportedly nearing a decision on when to announce a 2024 bid to return to the White House, but his legal troubles continue to build — not just with the recent FBI search at Mar-a-Lago.

Multiple federal and state investigations are ongoing regarding the January 6, 2021, attack on the US Capitol, his efforts to overturn the 2020 presidential election, his handling of confidential documents and his family business.

Civil lawsuits accusing Trump of defamation and spurring on US Capitol rioters also remain on the docket.

Here’s an updated list of notable investigations and lawsuits:

The search warrant executed at Trump’s Mar-a-Lago resort in Florida on Monday sent shockwaves through the legal and political worlds and shows the Justice Department’s criminal investigation into the handling of classified information is accelerating.

After days of misinformation on the right about the search, fueled by Trump and his allies, Attorney General Merrick Garland broke his silence on Thursday and announced that the department had filed in court a request that the search warrant and property receipt from the search be unsealed.

The Justice Department has been instructed by the court to confer with Trump about its request to unseal certain warrant documents from the FBI Mar-a-Lago search and to tell the court by 3 p.m. ET on Friday if he opposes their release. On Truth Social late Thursday night, Trump said he would “not oppose the release of documents,” adding, “I am going a step further by ENCOURAGING the immediate release of those documents.”

The National Archives, charged with collecting and sorting presidential material, has previously said that at least 15 boxes of White House records were recovered from Mar-a-Lago — including records that may have been classified. In June, federal investigators served a grand jury subpoena and took away sensitive national security documents.

Then, according to sources who spoke to AWN, prosecutors developed evidence that there were potentially classified documents with national security implications remaining at the property and suspicions that Trump’s team wasn’t being entirely forthcoming. That led the FBI to come in on Monday and remove more boxes from the property.

The Washington Post, citing people familiar with the investigation, reported on Thursday that classified documents relating to nuclear weapons were among the items sought by authorities. AWN has not independently confirmed the report.

Before the search, AWN revealed earlier this month that Trump lawyers and the DOJ were in direct communication regarding his efforts to shield conversations he had while he was president from federal investigators in the department’s January 6 probe.

The House select committee investigating the US Capitol attack has uncovered dramatic evidence of Trump’s actions before and on January 6, especially efforts to use the levers of government to overturn the election.

“Over the course of the two months’ worth of hearings, the committee tapped into the hundreds of taped depositions, as well as key witnesses who testified live, to present a devastating case that Trump sought multiple avenues to try to overturn the 2020 presidential election even after he was told he lost, that the former President knew ahead of time January 6 could turn violent, and that he chose not to act when his supporters attacked the Capitol and put the lives of lawmakers — not to mention his own vice president — in danger.”

During the hearings, fingers were pointed at GOP lawmakers and Trump allies who may have tried to help overturn the election and Trump White House officials who failed to stop the former President’s actions.

And dramatically, testimony from a former White House aide described hearing an account of a Trump demand to be driven to the Capitol on January 6 — an account in which Trump was said to have lashed out at Secret Service agents when he was told no.

The Justice Department is watching — and has an investigation of its own — so while there’s an outstanding question if the committee will recommend any charges for DOJ, it’s not a requirement for the feds to act if the committee does make a referral.

Fulton County, Georgia, District Attorney Fani Willis is overseeing a special grand jury investigating what Trump or his allies may have done in their efforts to overturn President Joe Biden’s victory in Georgia.

Willis, a Democrat, has informed all 16 of the individuals who signed an “unofficial electoral certificate,” which was ultimately sent to the National Archives in late 2020, that they may be indicted in the probe.

The investigation may be drawing closer to Trump as well. Former Trump lawyer Rudy Giuliani is scheduled to appear before the grand jury on August 17.

The probe was launched last year following Trump’s call with Georgia Secretary of State Brad Raffensperger, in which he pushed the Republican to “find” votes to overturn the election results.

Willis has also been digging into Trump’s calls with Raffensperger and another official in the Secretary of State’s office; presentations Giuliani made before state lawmakers that were riddled with election falsehoods; a phone call between South Carolina Sen. Lindsey Graham and Raffensperger; and the sudden resignation of Byung “BJay” Pak, the US attorney for the Northern District of Georgia.

The Justice Department, meanwhile, is looking at an aspect of a plot to put forward fake GOP electors from seven states.

Fake certificates were created by Trump allies in Georgia, Arizona, Michigan, Pennsylvania, Wisconsin, Nevada and New Mexico, who sought to replace valid presidential electors from their states with a pro-Trump slate.