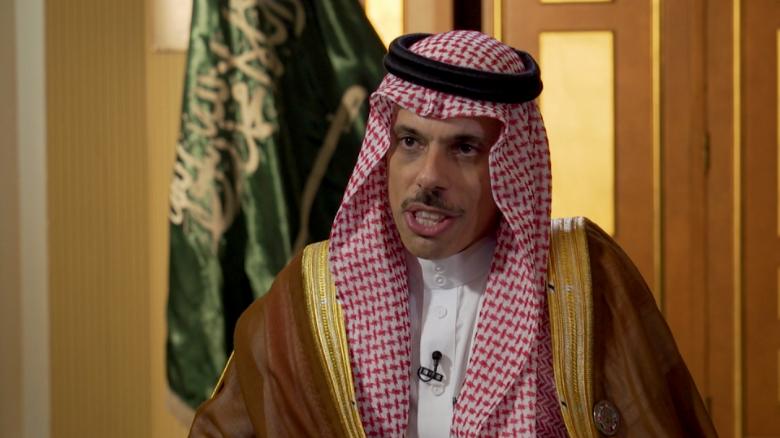 In the weeks leading up to President Joe Biden’s trip to the Middle East, one question dominated: Would he meet with Saudi Crown Prince Mohammed bin Salman? And, if he did, what would his demeanor be?

After all, MBS had been linked by the US intelligence community directly to the murder of Washington Post journalist Jamal Khashoggi in Istanbul in 2018. The report, which the Biden administration released in February 2021, concluded that MBS had “approved” the operation that led to Khashogggi’s death.

And, as a candidate, Biden had struck a hard line with the Saudis. In one of the 2020 presidential debates, he was unequivocal in his denunciation of the Saudis for their role in Khashoggi’s death.

“We [are] going to, in fact, make them pay the price, and make them, in fact, the pariah that they are,” Biden pledged.

Given all that, there was reason to wonder how Biden would play all of this.

On Thursday, the White House confirmed, as expected, that Biden would in fact meet with MBS — and would bring up the killing of Khashoggi. “My views on Khashoggi have been made absolutely, positively clear, and I have never been quiet about asking about human rights,” Biden said.

In defending himself against the seeming contradiction of calling the country a “pariah” less than two years ago and then granting Saudi leaders exactly what they wanted — an audience with the American president — Biden explained: “There are so many issues at stake that I want to make clear that we can continue to lead in the region and not create a vacuum — a vacuum that is filled by China and or Russia, against the interest of both Israel and the United States and many other countries.”

Which, well, OK? What Biden didn’t mention was the elephant in the room: Saudi Arabia has oil — lots and lots of it — that the United States needs. That’s always been true, but it is even more true with Biden pledging not to import any oil from Russia due to its invasion of Ukraine. (Gas prices have come down somewhat from their highs of a month ago but remain elevated.)

But, all of that pales in comparison to how Biden ultimately handled the meet-and-greet with MBS. The two men fist-bumped, a bro-ey move of perceived friendship and camaraderie that gave the Saudi leader exactly what he wanted: A door to return back into international good graces.

As the BBC noted:

“The Saudis knew the world would be watching this meeting.

“They wanted the rest of the Middle East, and the international community, to sit up and take notice of the favour they had been granted by the US president.”

Need evidence that the Saudis were thrilled with fist bump? They quickly moved to share the image around social media to ensure that everyone saw it.

Fred Ryan, the publisher of The Washington Post, was heavily critical of the decision by the Biden team — calling the fist bump “shameful.” He added: “It projected a level of intimacy and comfort that delivers to MBS the unwarranted redemption he has been desperately seeking.”

California Democratic Rep. Adam Schiff was similarly critical. “If we ever needed a visual reminder of the continuing grip oil-rich autocrats have on U.S. foreign policy in the Middle East, we got it today,” he tweeted. “One fist bump is worth a thousand words.”

What’s so remarkable — and remarkably bad — about the fist bump is that, as I mentioned above, the Biden team has had oodles of time to prepare for this meeting with MBS. Like, it was not a surprise that Biden and MBS were going to meet — and that the Saudis would seek to leverage the meeting in every way possible.

My guess is that the White House will note that Biden did a lot of fist-bumping — as opposed to handshakes — during his visit as a way to keep his risk of contracting Covid-19 lower. Which, well, OK. It’s worth noting that a) Biden shook hands with former Israeli Prime Minister Benjamin Netanyahu and b) there is plenty of hand sanitizer to be had if Biden did shake hands with MBS.

Symbolism matters — deeply — in foreign affairs. Biden, from his many years in the Senate and his time as vice president, knows this. Which makes the fist bump decision all the more confounding.